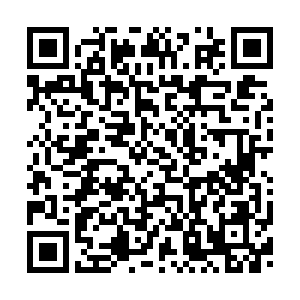 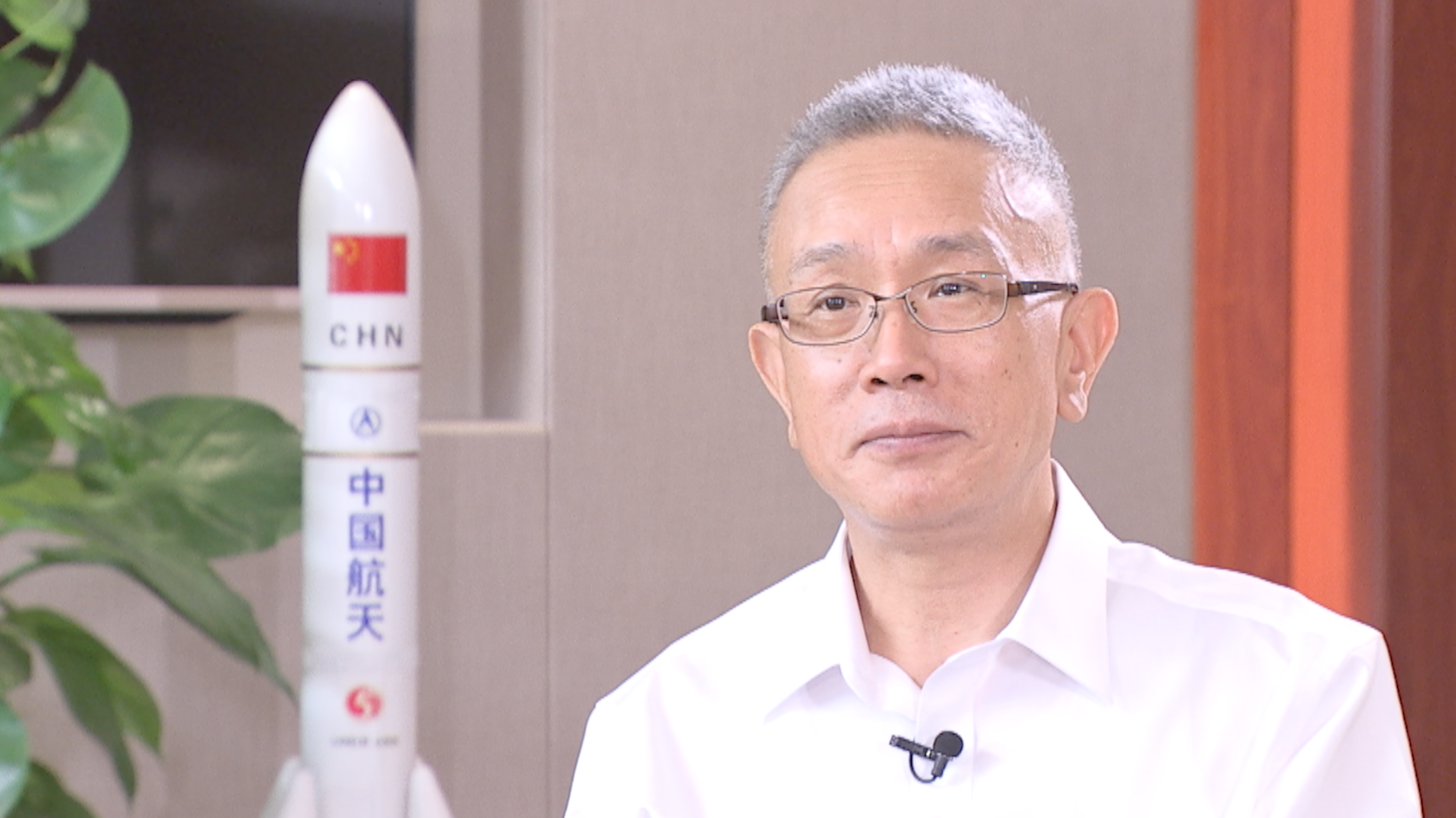 China's Zhurong Mars rover landed on the red planet in the middle of May, marking the country's first step out of the Earth-moon system. It's almost a year since the launch of the country's first Mars mission, but preparations for the expedition have been years.

"Over the past eight years, thousands of units, tens of thousands of scientific personnel, worked meticulously up to the moment of success. From project approval to design, development, experiments, the launch, then operations and control, every link matters. I'm deeply touched, bearing witness to our hard-earned results," said Zhang Rongqiao, chief designer of Tianwen-1, China's first Mars mission.

Success wasn't achieved by an individual, or by the power of an organization, or under the influence of a ministry. China's leap to a leading figure in Mars exploration in a short period of time was based on the collective efforts of an entire nation.

"Going to Mars isn't a walk in the park," Zhang explained the difficulties behind the Mars mission to CGTN. "We only have one shot every 26 months due to restraints in celestial movement. The pandemic had crossed the whole program." 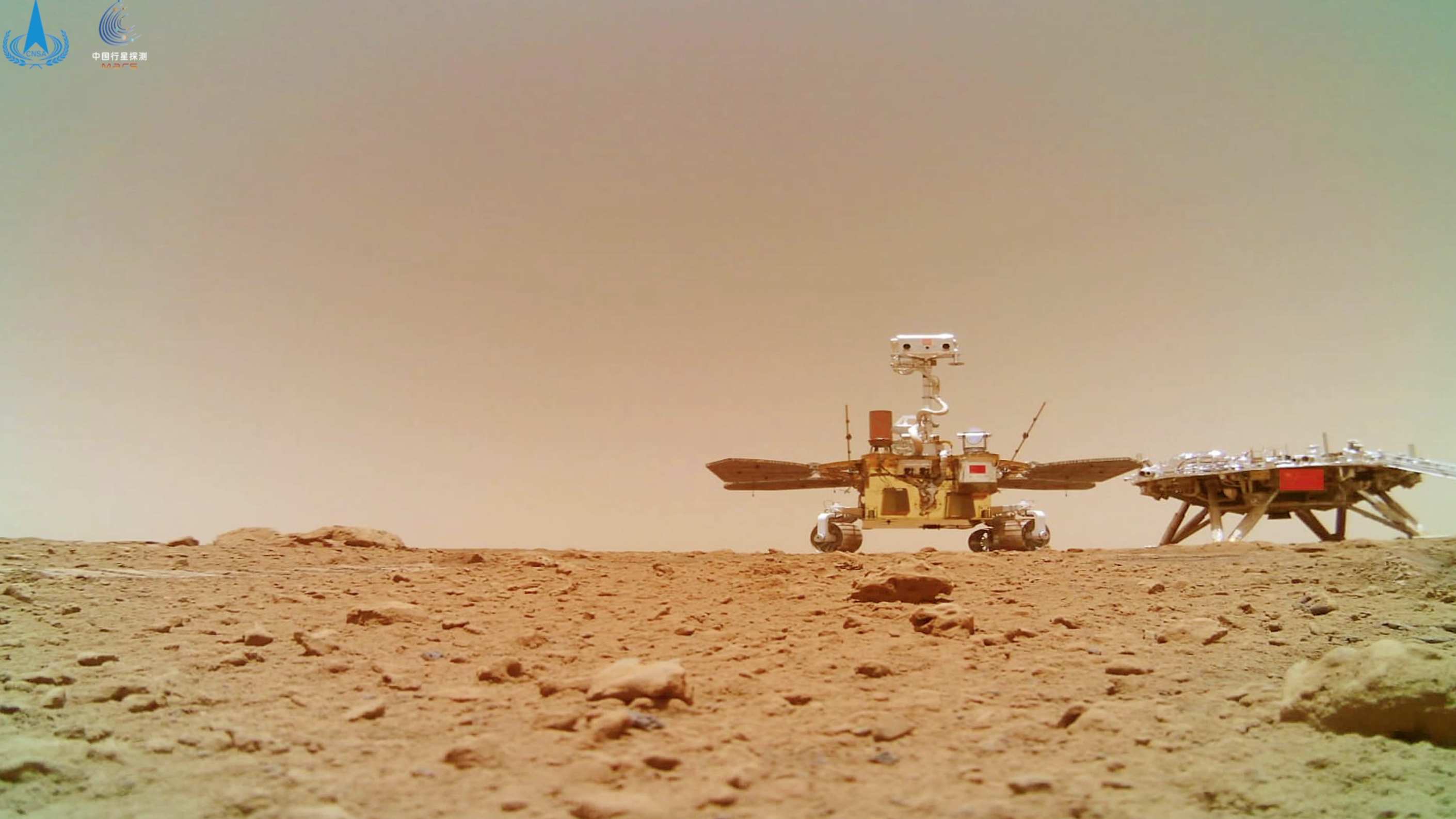 A snapshot from a video shows both the Zhurong rover and lander of the Tianwen-1 Mars probe on the surface of Mars. /CNSA

A snapshot from a video shows both the Zhurong rover and lander of the Tianwen-1 Mars probe on the surface of Mars. /CNSA

"But each department and unit overcame the challenges and fulfilled our promise from years before, which is having Chinese robotics roving the surface of Mars. The mission's success makes China the first country ever to complete orbiting, landing, and roving in one go. It's now one of the two countries in the world that are capable of roving on Mars," said Zhang.

Asked about the current condition of the Zhurong rover, named after the god of fire in ancient Chinese mythology, the chief designer told CGTN the rover is in "good heath," sure-footed and has been moving south from the landing site toward the designated location.

"There are landscapes such as sand dunes and mud volcanoes that interest the scientists. The rover will go there, explore the region and collect data for their studies. The detective work is on schedule under safe, reliable, efficient and effective principles. We will follow this protocol in our future explorations," said Zhang, smiling, "I hope the rover may go further, last longer and provide more valuable data for our scientific studies."

Planets in the vast space are like islands in a boundless ocean. Tianwen-1 kicked off China's new expedition – the first step out of the Earth-moon system and its long-march into the oceans of stars and planets in seeking the truth and nature of the universe.

"We still have a lot of technological deficiencies. Key technology such as returning from Mars is yet to be developed. How to take off and with what power, are universal problems to be solved," said the chief designer, adding, "With the country's support, we plan to spend two to three years filling in the blanks and come up with the core technology, then we may initiate further programs based on that."

As rigorous as the science workers may seem, these people behind the success of China's Mars mission are equally romantic in their own way. Zhang said it's exhilarating just looking at the blueprint of future deep space exploration. While looking upon the starry sky, he and his co-workers must always remain down-to-earth, and bear in mind their duty to carry China's space dream forward.