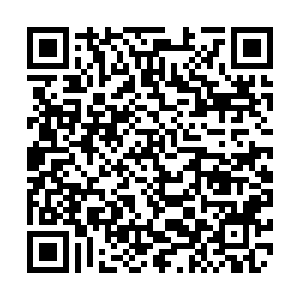 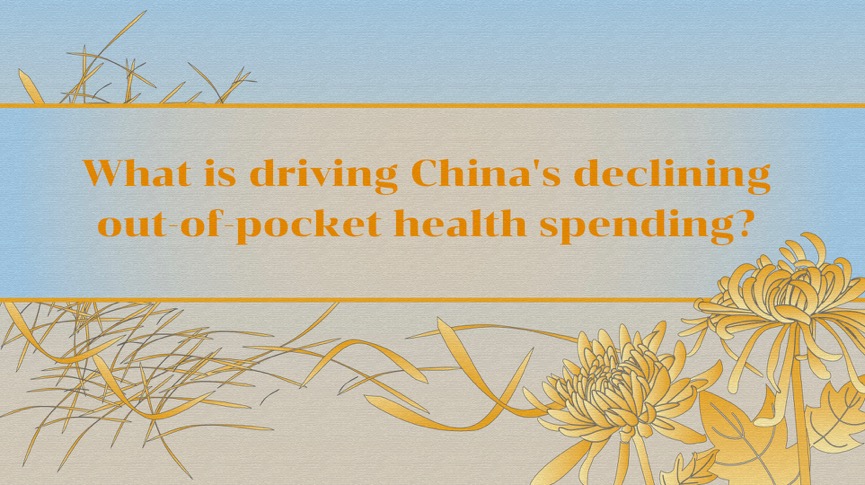 Out-of-pocket (OOP) health payments by people in China are increasing, even as such spending drops as a share of the country's current health expenditure.

It may seem like a paradox, but it's what the data shows.

In 2000, Chinese residents spent about $25 out of pocket on healthcare. But as the fees of medical facilities and expenditure on non-prescription medicines rose, the figure had climbed to about $180 by 2018. Over the same period, OOP payments as a percentage of national health spending dropped from more than 60 percent to about 36 percent, putting China's ranking at 117 among 184 economies. 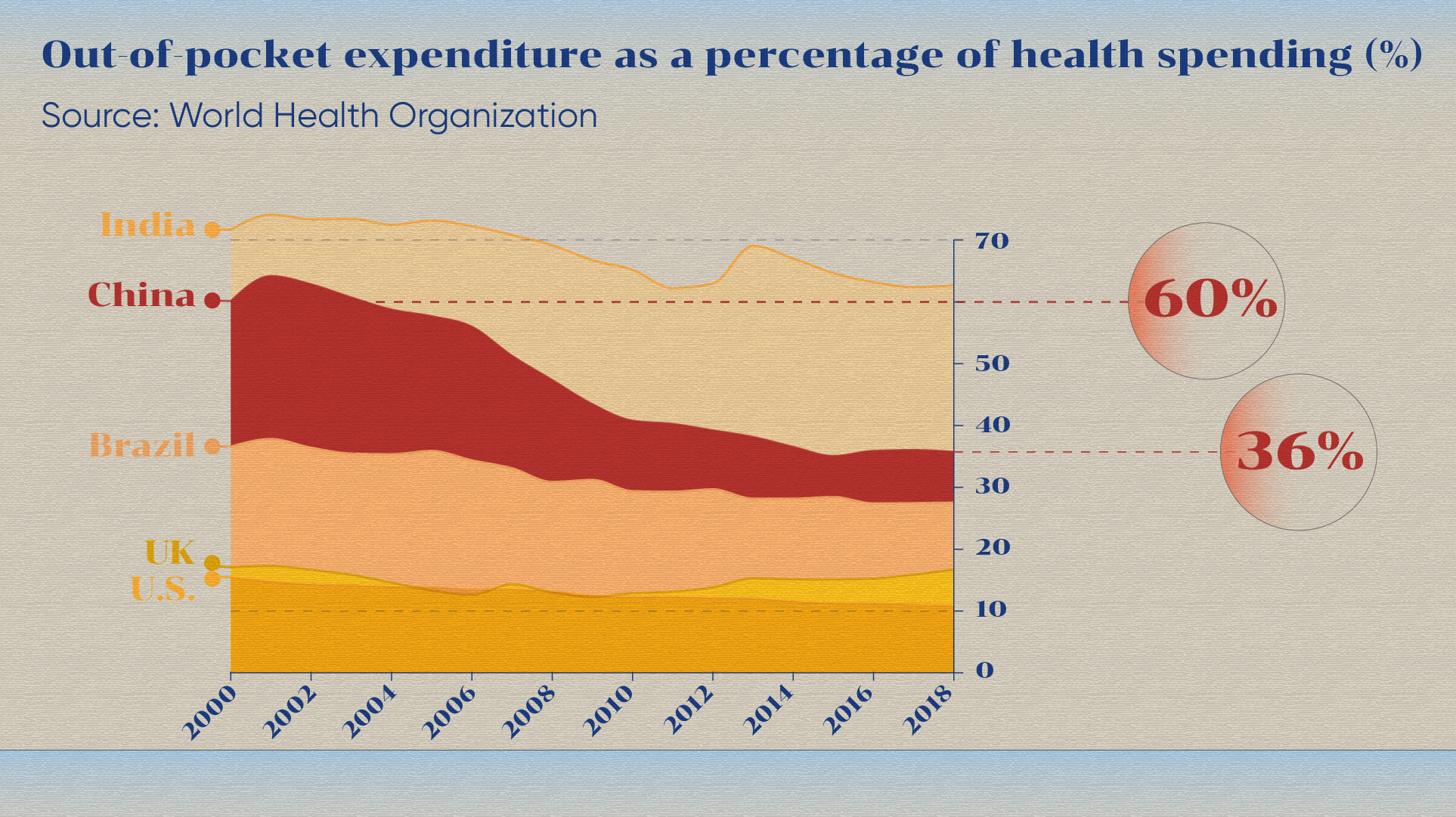 Health spending in China is financed through a mix of components, including government spending, voluntary health insurance and household OOP payments. OOP payments refer to the portion of the bill that insurance doesn't cover and households have to pay on their own.

So how do these factors interact to result in a declining share of OOP payments in healthcare costs? More importantly, after rounds of reforms to the Chinese health insurance system, are households in China getting better access to healthcare without putting themselves at risk of financial hardship? 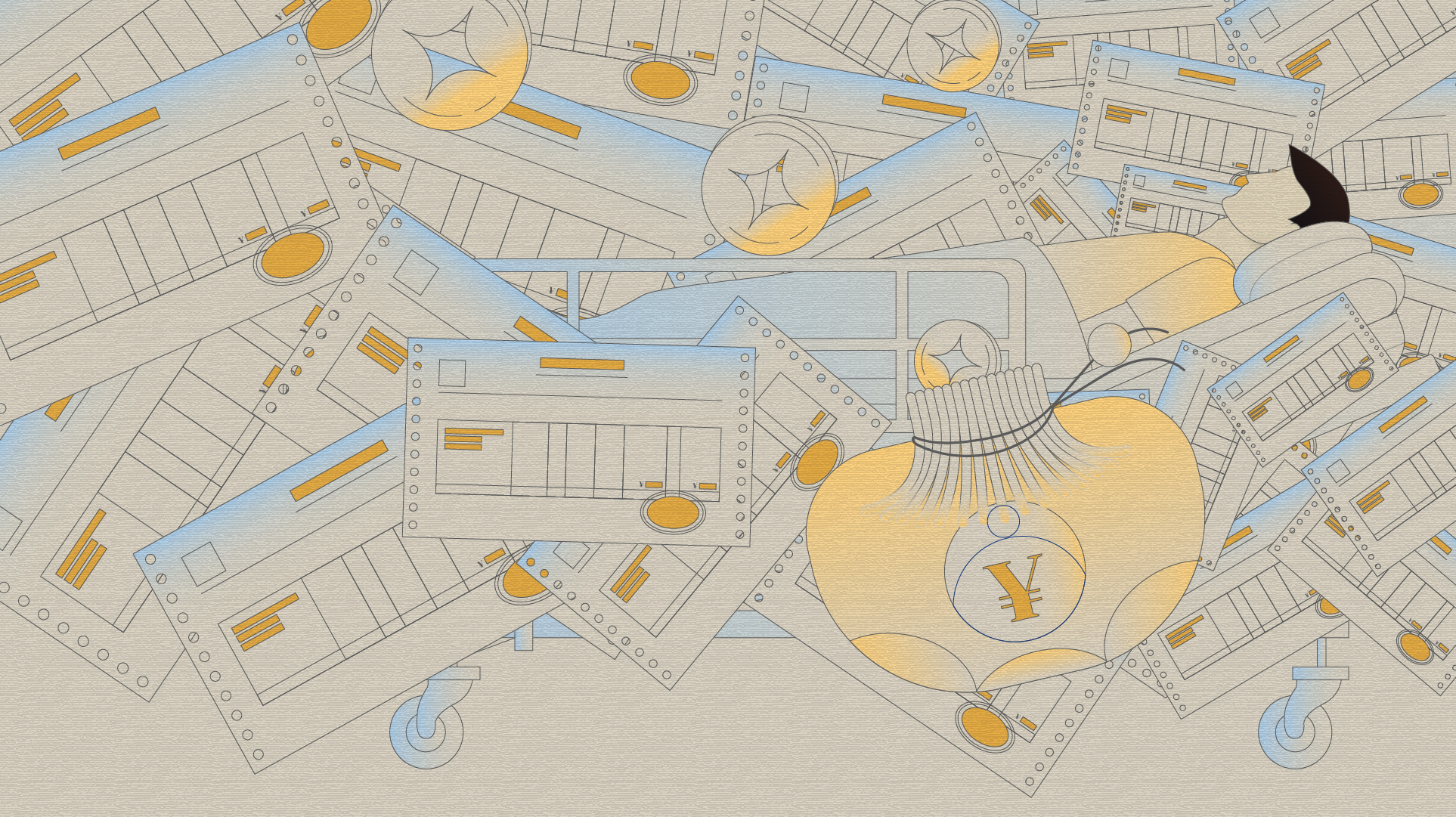 Let's explore the answers by looking at the data.

First, as public health insurance coverage expanded nationwide in China, fewer OOP payments were being made and healthcare became more accessible for the public.

The Chinese government established the scheme called Urban Employee Basic Medical Insurance in 1998. Five years later, only 30 percent of the nationals had access to health insurance. After the public health insurance scheme admitted rural residents and urban residents without formal jobs, as well as the children, the elderly and the self-employed, Universal Health Coverage (UHC) was achieved in 2011, when above 95 percent of the population were covered. 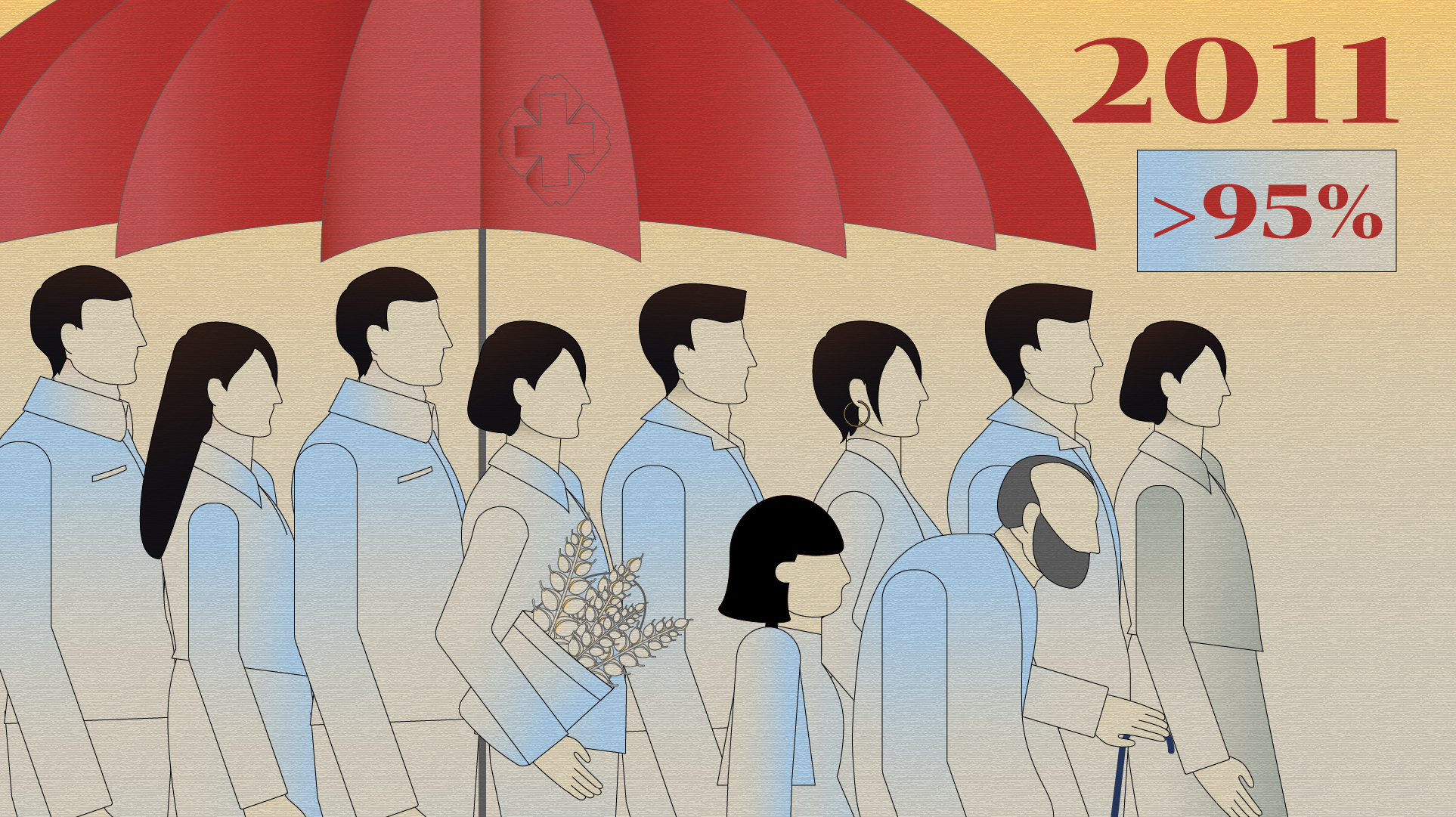 Furthermore, UHC ensures that the poorest are not denied healthcare because of financial hardship. According to the country's third national health service survey in 2003, 38 percent of people who didn't attend a clinic within two weeks of suffering an ailment blamed financial difficulties. The figure decreased to less than 8 percent in 2013.

Second, the government's health budget has risen at a rate faster than OOP payments. 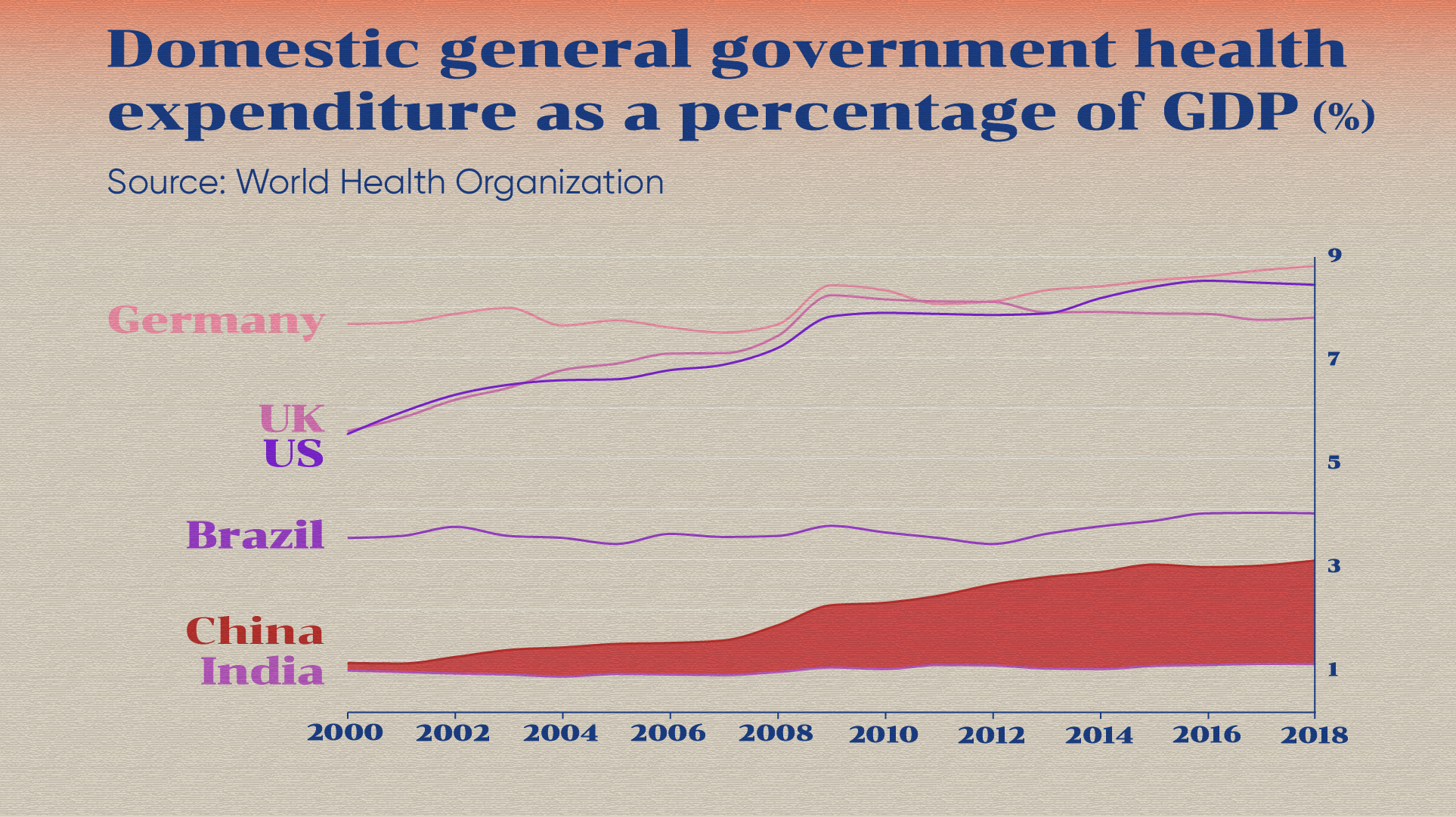 Numbers-wise, China's domestic general government health expenditure as a percentage of GDP rose by more than two percentage points to above 3 percent in 2018, ranking at 93rd out of close to 200 countries. In short, the government is allocating a larger share of a growing national budget to public health.

And health spending covers a wide area, including improving healthcare facilities, acquiring the most up-to-date technology and promoting disease prevention programs. In the long run, these all contribute to the reducing proportion of OOP payments.

Third, despite the government's input, public health insurance in China remains fairly basic, forcing some to take up private insurance to cover gaps in coverage. Some employers now offer complementary private health insurance as an additional perk to attract talent. 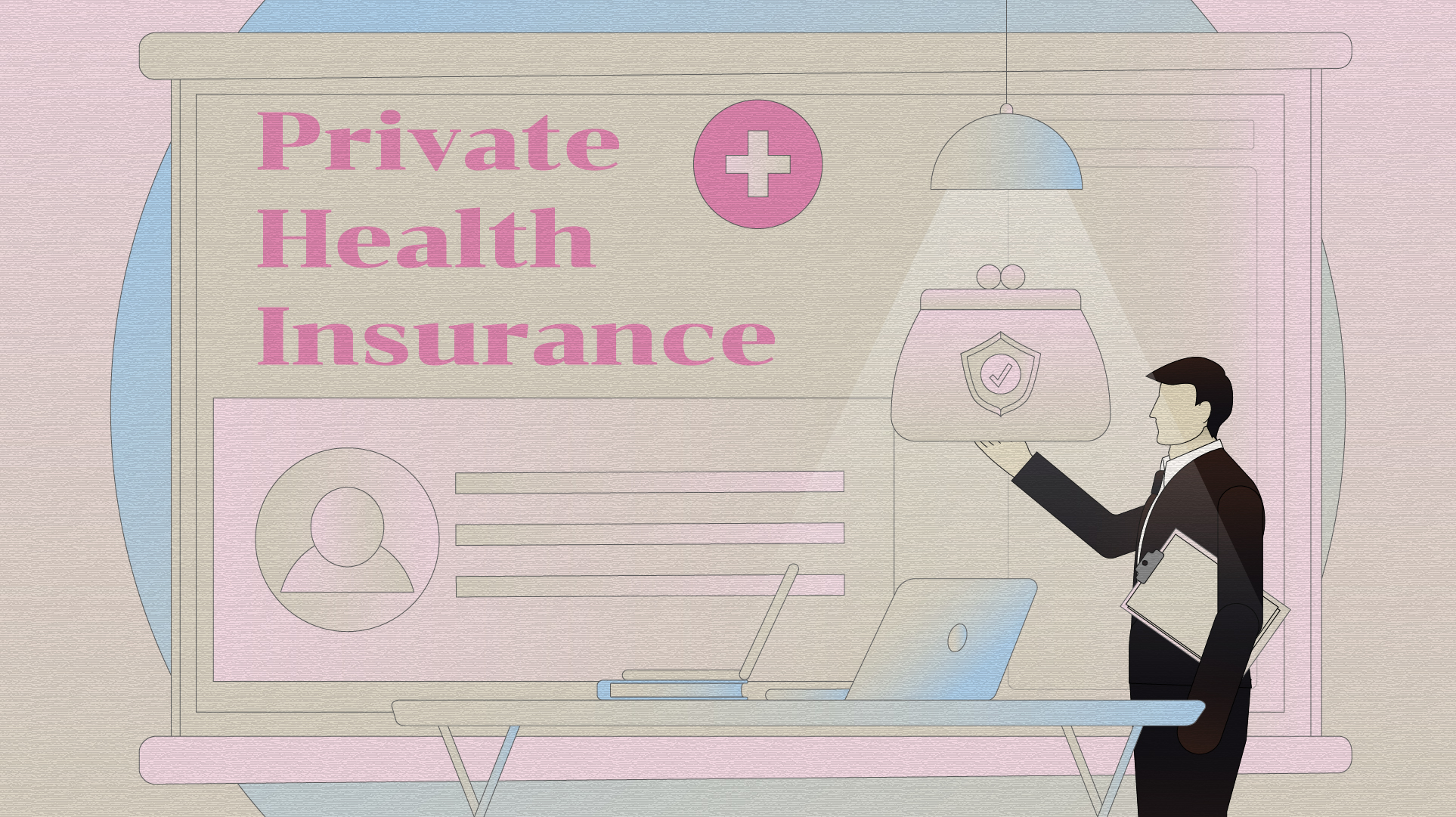 This expansion of private coverage also contributes to lowering the proportion of OOP expenditure. From 2010 to 2015, the private health insurance market in China grew at a yearly rate of 36 percent, from more than $10 billion to over $37 billion.

Even though the proportion of OOP payments is declining, China still falls behind more than 100 economies worldwide. As both the government and individuals put more money and attention into healthcare, a more efficient and wholesome health insurance system is needed more than ever for the nation's aging population.