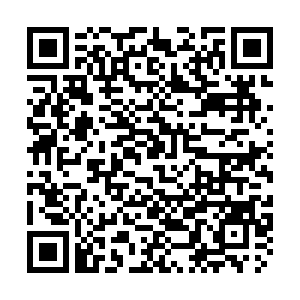 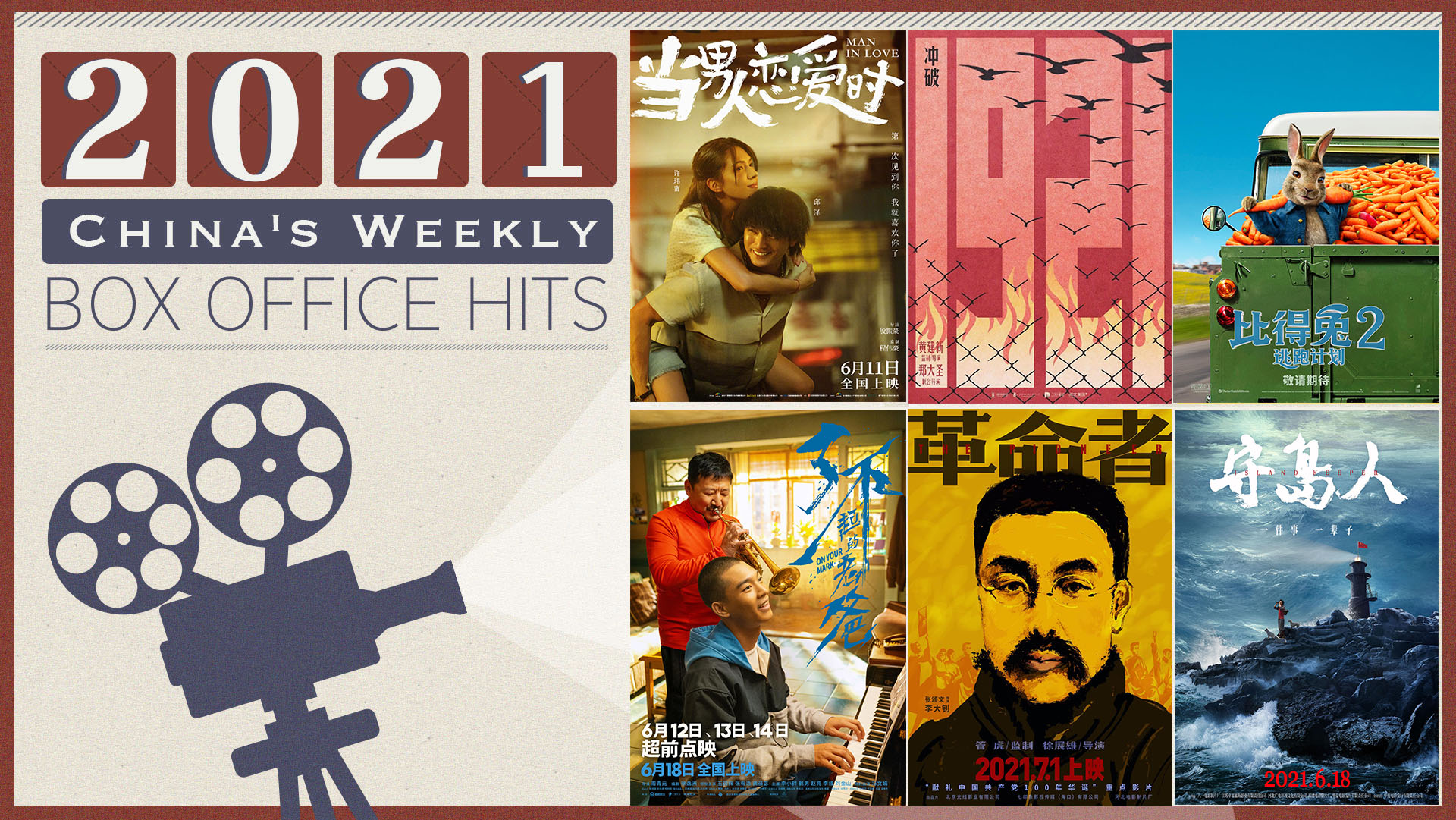 The film, released to mark the 100th anniversary of the founding of the Communist Party of China (CPC), generated over 220 million yuan ($34 million) in revenue, accounting for around 40 percent of last week's nationwide total, according to the movie ticketing platform Maoyan.

As its title indicates, the story that took place in 1921 recounts the genesis of the CPC. Directed by Chinese filmmaker Huang Jianxin, it has a star-studded cast, led by Huang Xuan and Ni Ni, portraying a group of Chinese pioneers of the revolutionary era.

The movie was released nationwide on July 1 and made its debut online in North America the same day. 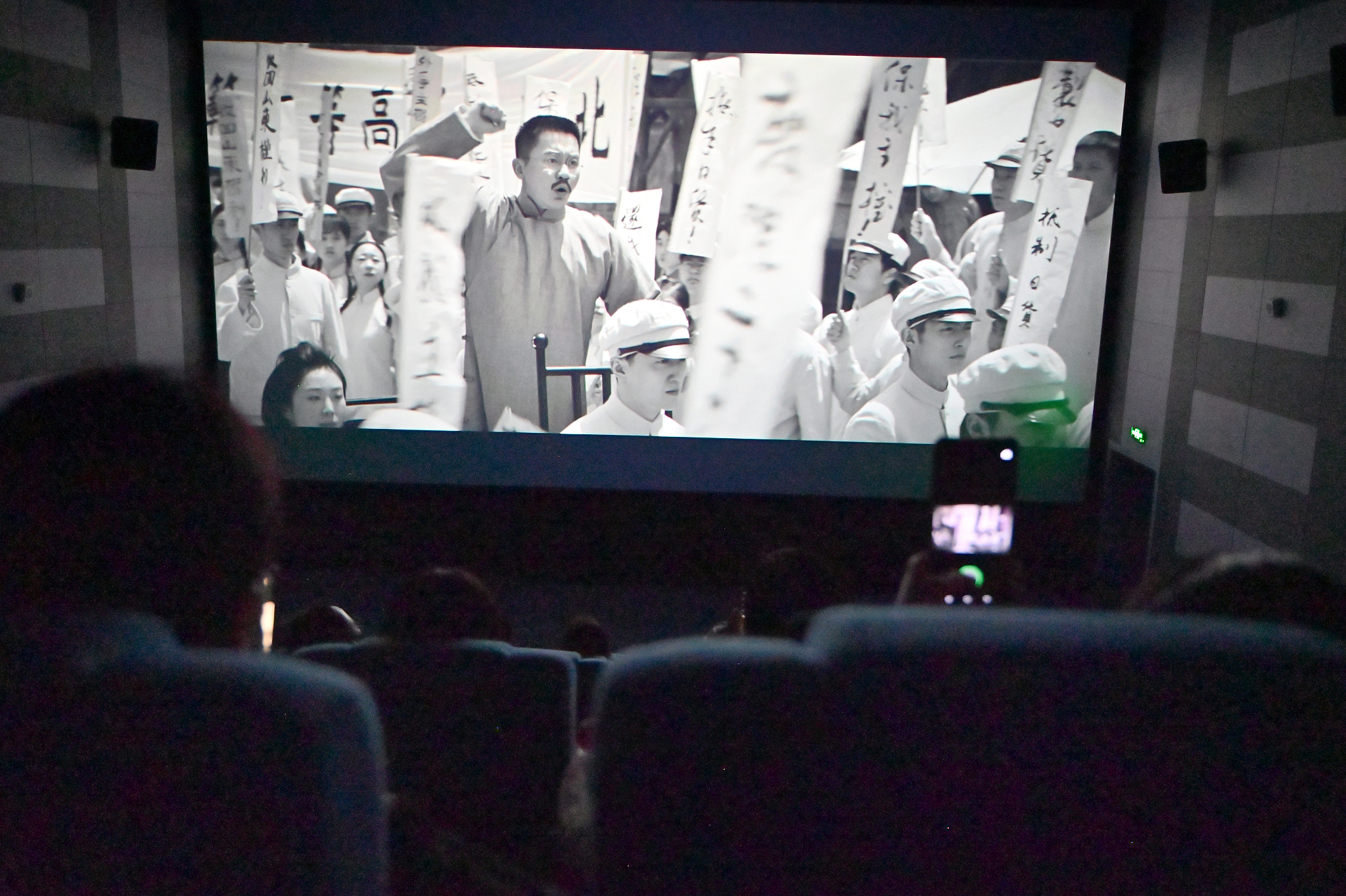 "The Pioneer," another revolution-themed drama film, came in second, raking in over $10 million. It revolves around the revolutionary deeds of one of the key CPC founders Li Dazhao (1889-1927).

It was followed by Chinese romance movie "Man in Love" and animated adventure film "Peter Rabbit 2: The Runaway" – a sequel to 2018's "Peter Rabbit." They garnered $8.26 million and $5.68 million, respectively.

So far, more than 50 movies are scheduled to premiere between July and August. Patriotic films of historical significance or titles promoting social values are expected to dominate the box office charts, according to industry insiders.

This week is going to see a total of 13 movies hitting the Chinese theaters. Among them, the most anticipated ones are "Chinese Doctors" and "Realm of Terracotta," data from Maoyan shows. 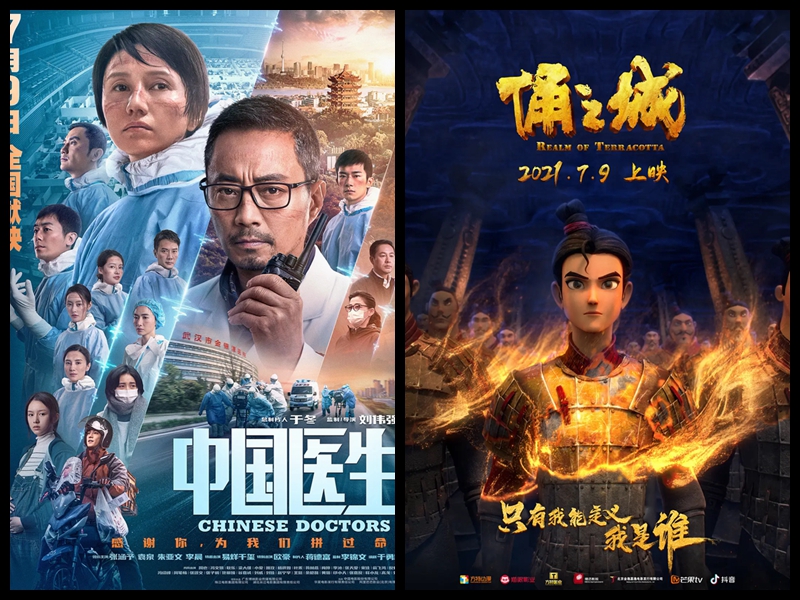 Posters for "Chinese Doctors" (L) and "Realm of Terracotta," both scheduled for China release on July 9, 2021. /Douban

Posters for "Chinese Doctors" (L) and "Realm of Terracotta," both scheduled for China release on July 9, 2021. /Douban