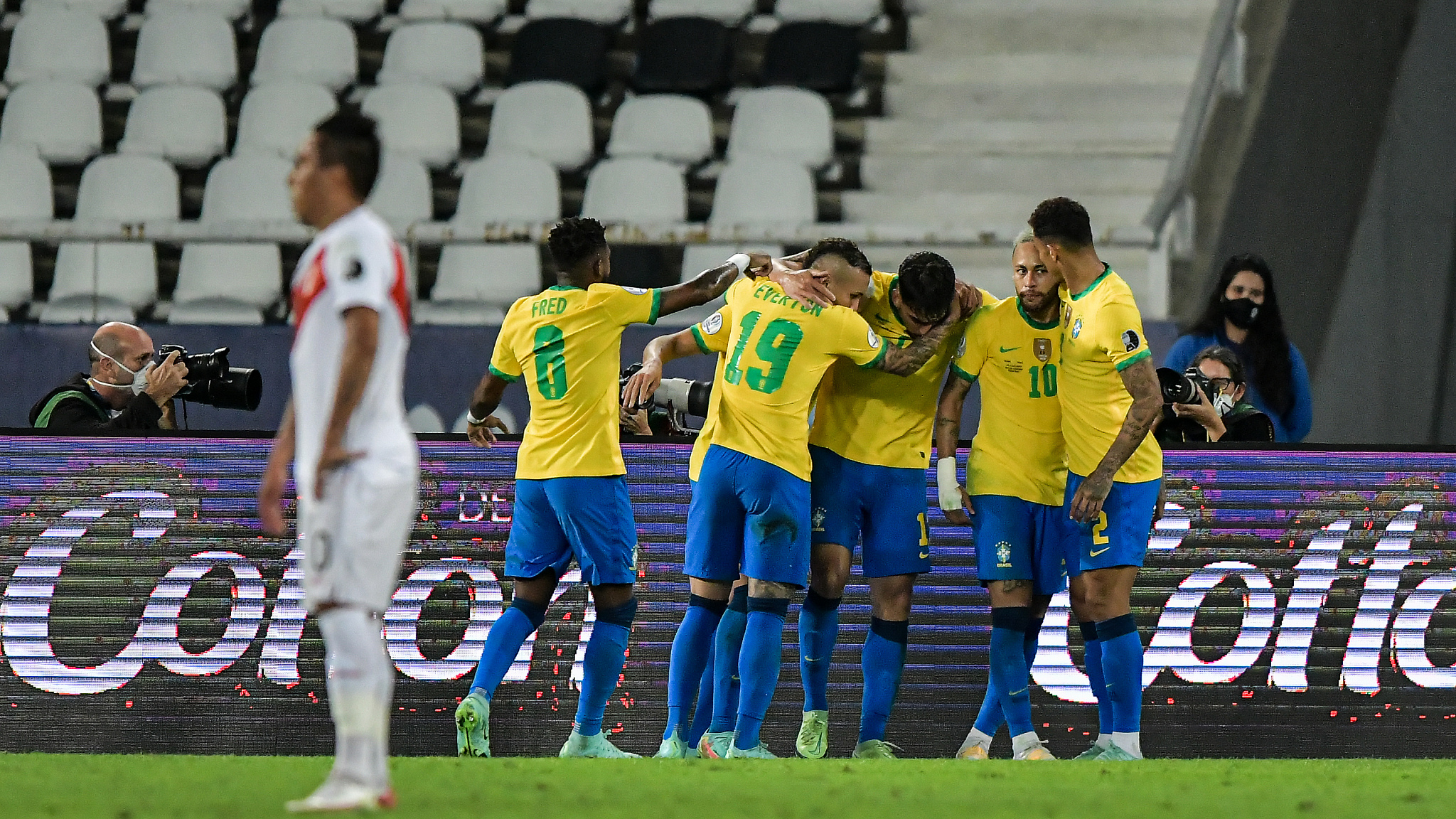 Players of Brazil celebrate in a huddle during the Copa America semi-final match against Peru in Rio de Janeiro, Brazil, July 5, 2021. /CFP

Players of Brazil celebrate in a huddle during the Copa America semi-final match against Peru in Rio de Janeiro, Brazil, July 5, 2021. /CFP

Brazil reached the Copa America final after a first-half goal from Lucas Paqueta - his second in two games - gave them a 1-0 win over Peru on Monday.

The host nation will play the winner of Tuesday's other semi-final between Argentina and Colombia in the title decider at the Maracana stadium on Saturday.

Brazil have won the Copa America every time they hosted the tournament and in the early part of Monday's match showed exactly why they could to do so again.

Within the first 20 minutes, Peru goalkeeper Pedro Gallese made two point-blank saves in succession from Neymar and Richarlison plus another two blocks when Casemiro tried his luck from further out.

With Paqueta, who scored the winner in their 1-0 quarter-final win over Chile, a standout in midfield, Brazil played some intricate, audacious football, replete with flicks, nutmegs and backheels but it took them 35 minutes to break the deadlock.

Neymar beat three men on the left and clipped the ball across goal for Paqueta to volley home from 10 meters.

While Brazil were in the ascendancy in the opening period, it was a different story in the second half as the introduction of Marcos Lopez and Raziel Garcia at the break shook Peru awake.

Losing finalists in 2019, Peru pushed forward in search of an equalizer with Gianluca Lapadula forcing Ederson into a key block, with the Brazil goalkeeper looking uneasy on a couple of other occasions.

Peru pinned Brazil back for long spells of the second half but could not make their possession count as the home side extended their unbeaten run to 13 games.