Download
Neil Bush: It's the easiest thing in the world to bash China
Global Thinkers 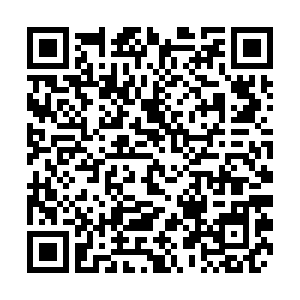 Editor's note: As the son of former president George H. W. Bush, Neil Bush shares his father's belief in advancing U.S.-China ties, and is actively working on that front as the chairman of George H. W. Bush Foundation for U.S.-​China Relations. Yet the current toxicity in Washington towards China worries him, as he told CGTN host Tian Wei in a recent interview.

Tian Wei: Mr. Bush, one would assume that it takes courage to once again accept our interview, particularly to talk about China-U.S. ties, given that we are a media based in Beijing. I have seen quite a number of people who used to be very enthusiastic talking to us on this topic, but now they shy away.

Neil Bush: I don't know that the word courage fits here. It probably would be more courageous if a politician seeking office were to speak out and tell the truth about this important relationship, It might backfire on them because it's such a political hot potato right now.

Tian Wei: How do you feel about the atmosphere inside your country about China-U.S. relations? What is the temperature right now?

Neil Bush: I'm not politician and I'm not an analyst, but it's pretty obvious to me as an observer that the feelings towards China among especially the political elite have become very toxic. And it's discouraging to me, frankly. If people were fact driven in their understanding of China, then there would be a lot less of this toxicity.

It's very sad to me to see that China is like a Mexican piñata. It's the easiest thing in the world to bash on.  I'm hopeful that this new administration will move in the direction of at least establishing more regular dialogue, which leads inevitably to better understanding and a lowering of tensions. So far, they're off to a much better start than the past administration in my opinion. So we'll see where it goes from here.

My greatest hope is that through closer contact and dialogue, that eventually we're gonna see the political elite move to understanding that this relationship has been critically important over the past 30 years for our economic development in the United States. It's helped to lift 600 million people out of poverty in China. So there's been a tremendous bilateral benefit to our relationship and that with the world as close as it is today, as connected as we are, it would be a travesty to decouple or to enter into some kind of a cold war phase.

For the trade war to have started under the last administration, it was crazy. I'm optimistic that the things are moving in the right direction, but I do fear that if somebody like Pompeo,  or a crazy guy like Cruz or some ant-China, some China hater gets to be president, and who knows where this is gonna go?

Tian Wei: It's a genuine worry for people here in China, that no matter how much China show gestures and make progress, it's not likely to change the political rhetoric inside Washington. Because they're gonna continue to use that. They need that for either their district elections, or the midterm or eventually another presidential election.

Neil Bush: I can imagine them being discouraged. But there have been so much interaction and so much connectivity between China and the United States, between Chinese students, for example, who have come to America and returned to China, some have stayed. You get to see these individuals as humans that are like me, like you, like us being kind and generous towards others.

I'm hoping that the political incentive or motivation will be dampened by the reality that this connectivity between China and the United States has benefits for all of us, and that there's not a threat. We're not explicitly being threatened by China.