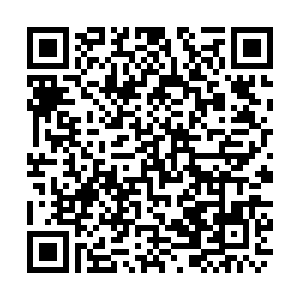 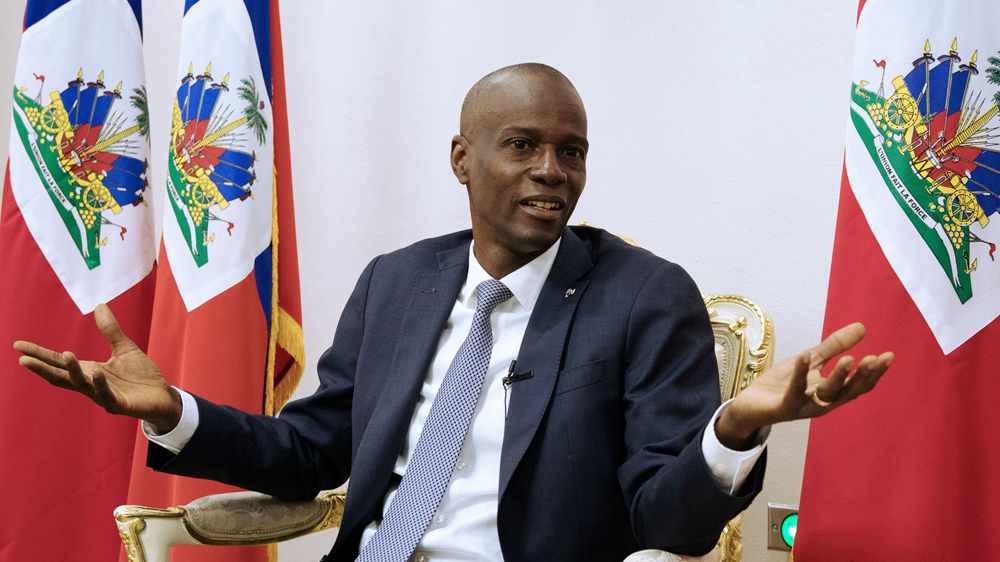 Haiti's security forces were battling gunmen alleged to have assassinated the country's president and have so far killed four of the "mercenaries" in the capital Port-au-Prince, police chief Leon Charles said on Wednesday evening.

"Four mercenaries were killed, two were intercepted under our control. Three policemen who had been taken hostage have been recovered," the police chief said.

He said police pursued the assassins immediately after the attack on President Jovenel Moise and his wife, who survived, at their home in Port-au-Prince early Wednesday.

"The police is still in combat with the assailants," Charles said in a televised briefing, saying that two of the attackers had been detained. "They will be killed or captured."

Moise was shot dead by unidentified attackers at his private residence in an "inhuman and barbaric act," Interim Prime Minister Claude Joseph said earlier on Wednesday. 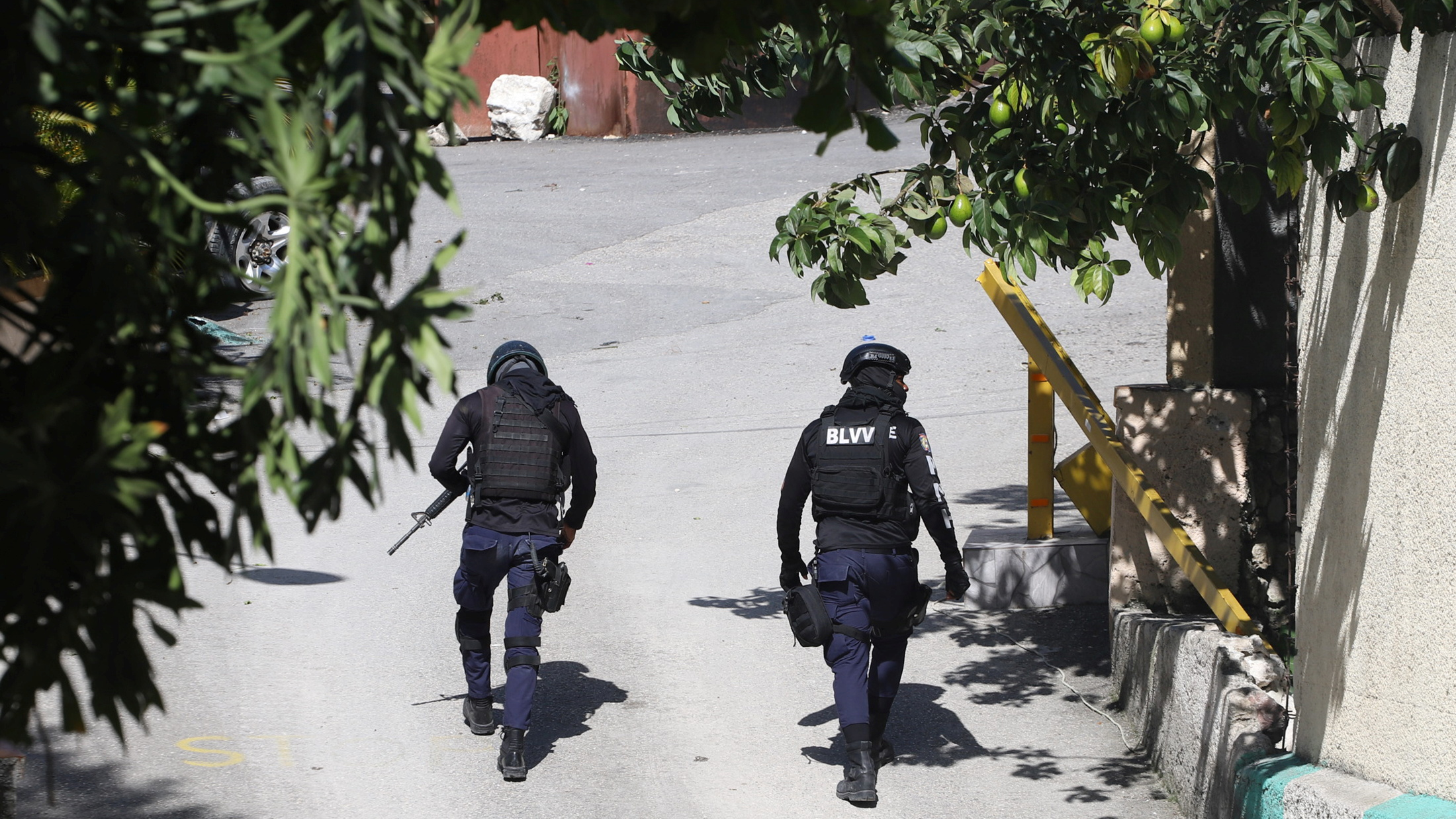 Police officers walk near the private residence of Haiti's President Jovenel Moise after he was shot dead by gunmen with assault rifles, in Port-au-Prince, Haiti, July 7, 2021. /Reuters

Police officers walk near the private residence of Haiti's President Jovenel Moise after he was shot dead by gunmen with assault rifles, in Port-au-Prince, Haiti, July 7, 2021. /Reuters

Moise's wife was injured and was receiving medical care, Joseph said in a statement.

"The president was assassinated at his home by foreigners who spoke English and Spanish," he said.

Joseph added he was now in charge of the country and he urged the public to remain calm.

"All measures are being taken to guarantee the continuity of the state and to protect the nation," Joseph said. 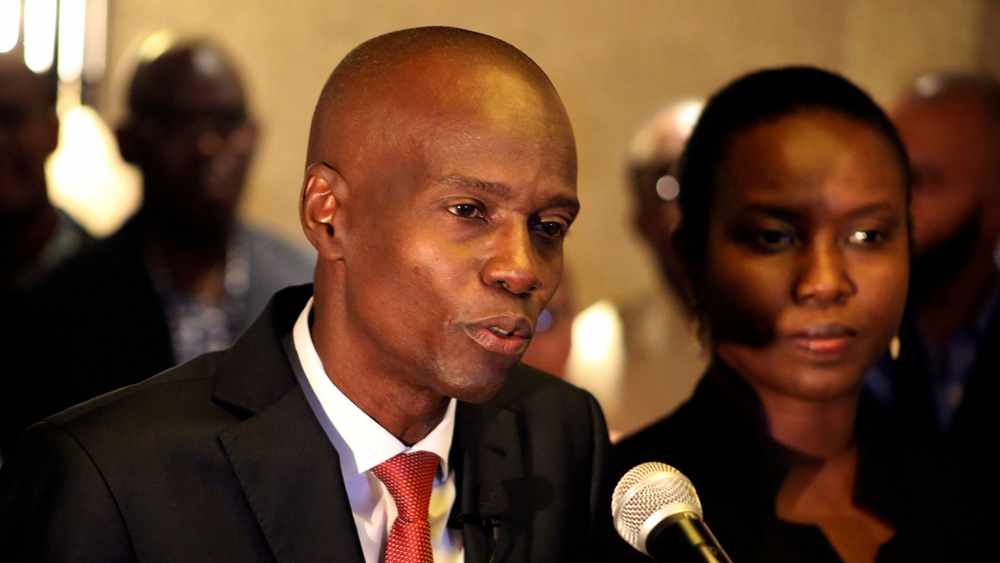 Jovenel Moise addresses the media next to his wife Martine after winning the 2016 presidential election, in Port-au-Prince, Haiti, November 28, 2016. /Reuters

Jovenel Moise addresses the media next to his wife Martine after winning the 2016 presidential election, in Port-au-Prince, Haiti, November 28, 2016. /Reuters

Haiti declared a "state of siege" hours after the president was assassinated, which grants the executive additional powers.

The U.S. Embassy said in a statement it would be closed on Wednesday due to the "ongoing security situation."

The attack occurred amid a rising wave of politically linked violence in the impoverished Caribbean nation. With Haiti politically divided, and facing a growing humanitarian crisis and shortages of food, there are fears of widespread disorder.

Moise had been ruling Haiti by decree, after legislative elections due in 2018 were delayed in the wake of disputes, including on when his own term ends.

Moise faced steep opposition from swathes of the population that deemed his mandate illegitimate, and he churned through a series of seven prime ministers in four year. Most recently, Joseph was supposed to be replaced this week after only three months in the post. In addition to presidential, legislative and local elections, Haiti was due to have a constitutional referendum in September after it was twice postponed due to the coronavirus pandemic. 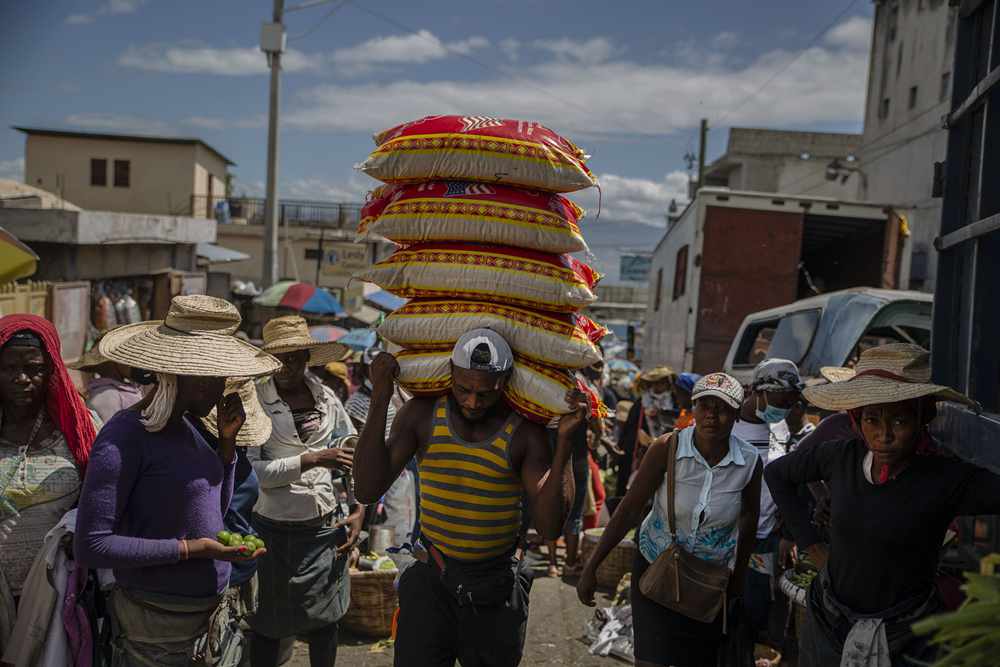 The government of the Dominican Republic on Wednesday ordered the "immediate closure" of its border with Haiti after the assassination. The border closure was effective immediately, the communications officer of the defense ministry, Ceinett Sanchez, told AFP.

The UN Security Council expressed its shock Wednesday over the assassination of Haiti's president.

"Council members say they are deeply shocked by the assassination of President Moise earlier in the day... and are concerned about the fate of the First Lady, Martine Moise, who was also shot and wounded in the attack," France's UN ambassador, Nicolas de Riviere said.

Colombian President Ivan Duque called on the Organization of American States to send an urgent mission to Haiti to protect democracy.

Argentina's Foreign Ministry strongly condemned the assassination of Moise, reffirmed its solidarity with Haiti, and expressed its rejection of the use of violence.

Bolivia's President Luis Arce said: "We condemn these acts of violence...our condolences to the Haitian people."