Download
Why the CPC works in China?
Global Thinkers 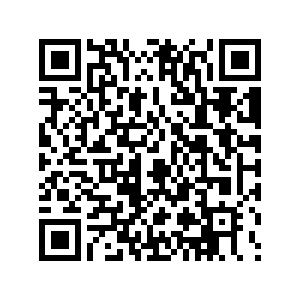 Editor's note: Xie Chuntao, Vice President of the Party School of the Central Committee of CPC sits down with CGTN. Xie says the CPC works in China because it has drawn lessons from history, regarded economic development as its central task, and has been pushing forward reforms to improve productivity. Opinions expressed in this video are, and not necessarily those of CGTN.

CGTN: From a global perspective, there used to be more than 50 socialist countries with ruling communist parties. However, with the disintegration of the Soviet Union and the dramatic changes in Eastern Europe, the socialist movement seems to have hit a low tide. What is the basis for the Communist Party of China to still successfully govern and still pursue communism? Why is it still in power today?

Xie Chuntao: I wrote a book called Why and How the CPC Works in China. In it, one sharp question is addressed: Why did the CPC not collapse like the ruling parties of the former Soviet Union and Eastern Europe countries? During the dramatic changes in the former Soviet Union and Eastern Europe in the late 1980s and early 1990s, most socialist countries changed their color, and the ruling communist parties of those countries collapsed. What were the lessons and reasons for this? Chinese communists have reflected on that episode of history, and they are still in the process of doing so. The former communists in these countries also reflected on that time. Over the years, I have often had the opportunity to talk to politicians and theoreticians from these former socialist countries, and have heard that they themselves have come to some conclusions.

For example, in 2006, I had the opportunity to visit Russia, Bulgaria and Romania. I remember that during my stay in Bulgaria, I talked to the former member of the Central Politburo of the Bulgarian Communist Party, and later the Chairman of the Socialist Party, Mr. Lilov, who spent an afternoon talking to us about the lessons of the dramatic changes in the former Soviet Union and Eastern Europe. As far as I can remember, he made several points. The first was that they had taken a very dogmatic stance of Marxism. He believed that Marxism had failed to evolve, and ended up stagnating in the former Soviet Union and Eastern Europe after the 1950s. The former Soviet Union and Eastern Europe countries ostensibly upheld the guiding role of Marxism, but they were just parroting what Marx and Engels had said more than 100 years ago. Those basic principles were true, but times had changed. After the Second World War, both socialism and capitalism had undergone dramatic changes, and were very different from that faced by Marx, Engels and even Lenin in earlier times. However, the later communists did not undertake any new self-examinations or analyses in light of the new situation. As a result, there was a disconnect between theory and practice.

Furthermore, they also concluded that they hadn’t done well economically. In the past few decades, the theory has been that socialism has incomparable superiority over capitalism. If socialism is incomparably superior to capitalism, it should be manifested in the liberation and development of productive forces, and in the improvement of people's lives. But we see that the Soviet Union and many Eastern Europe countries did not do well in this respect. If you cannot constantly improve the lives of the people, will anyone believe you when you claim your system is superior? Absolutely not. I think their conclusions are very profound. For the CPC, it has done a very good job in growing the economy and is getting better and better.

CGTN: The Communist Party of China has been able to lead China's economy to develop at such a high speed and raise people's living standards so quickly while other socialist countries have been unable to do so. What do you think is the fundamental reason?

Xie Chuntao: In retrospect, there are many reasons for China's rapid development over the past decades. For example, the CPC has always regarded economic development as its central task. The CPC has clearly seen that the most important requirement people have for the ruling party is that you are able to constantly meet their material and cultural needs. Of course, for today's CPC, such understanding has evolved a bit. The 19th CPC National Congress believes that the principal contradiction of the Chinese society has changed or evolved. It has become the contradiction between the people's ever-growing need for a better life and inadequate and unbalanced development. Apart from material and cultural needs, people also have more and higher demands for democracy, rule of law, fairness, justice, the environment and security. The ruling party must always make its most important task to meet this demand of the people and to develop the economy, including improving people's lives on that basis. It’s true that since the reform and opening up of China over 40 years ago, the CPC has never wavered in this regard.

Then there is the need to reform the rigid system of the past and to constantly improve productivity. Since 1978, the CPC has been pushing forward reforms. Since the Third Plenary Session of the 18th CPC Central Committee in 2013, it has comprehensively deepened reforms. It has been a short time since 2013, but last year General Secretary Xi Jinping said that the CPC has carried out 2,485 reform plans. When we look around the world, we can see no other party that has pushed for reforms like the CPC. It has been continually leading reforms, leaving no stone unturned. The depth and breadth of these reforms are just remarkable. As a result, productivity has been improved significantly. So, I don't think we can find a single country in the world like China that has attached as much importance to reform and continues to advance reforms.

CGTN: Looking at the past 100 years, the goals of the CPC regarding national independence, prosperity and people's happiness seem to have been accomplished quite well. What are the CPC’s goals for the next 100 years?

Xie Chuntao: While great successes have been achieved in the past, the task ahead is still daunting, if not more so than before. For example, according to the CPC's plan, socialist modernization is to be achieved basically by 2035, and by the middle of this century - that is, by 2050 - China is to be built into a great modern socialist country. We still have a long way to go to accomplish this task.

In his report to the 19th CPC National Congress, General Secretary Xi Jinping warned the Party and the people of China that the Chinese Dream of achieving national rejuvenation will take more than drum beating and gong clanging. We are faced with many challenges. For example, first of all, we look at international challenges. We have developed very fast and very well, but some members of the international community are finding it hard to adjust to this reality. They are not willing to see or accept our development. The most typical example is the Americans. They are trying to suppress us across the board. What justification do they have? It doesn’t make sense. It is just an unwillingness to let China to continue to develop at this momentum, and they are not willing to see China overtake it one day.

Domestically, we are also facing some challenges. For example, soon after the 18th CPC National Congress, General Secretary Xi Jinping proposed a “new normal” for economic development. In his view, China no longer has the means to maintain the same high growth rate as in the past because the rapid growth of the past was driven by extensive development strategies. Given the current environmental and resource constraints, the old growth model is unsustainable in the long run. It also brings pollution, so it must be changed. Therefore, he put great emphasis on the concept of high-quality development.

For another example, he proposed to build a new development pattern to properly handle the relationship between domestic growth and China’s international engagement. In the past, China’s growth was very dependent on foreign trade. If our dependence on foreign trade reaches a certain level, Western countries can impart suppressive measures on us which would deal a heavy blow. But over recent years, our economic development has relied more on domestic demand and the domestic market, and our dependency on foreign trade has been much lower than in the past. So even now if the United States attempts to suppress us or if its market is extremely unfriendly to us, the resulting impact on our economic development will be limited.