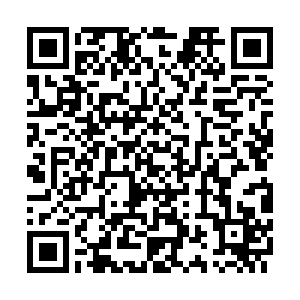 The Chinese Mission to the European Union (EU) on Thursday expressed strong disapproval and firm opposition to a resolution adopted by the European Parliament over China's Hong Kong Special Administrative Region (HKSAR), noting that the resolution "is confounding black and white."

In its resolution on Thursday, the European Parliament urged its member states to adopt new measures including targeted sanctions against individuals and entities in the Chinese mainland as well as the HKSAR.

"It is a blatant violation of basic norms governing international relations and the spirit of rule of law and a gross interference in China's internal affairs," a spokesperson for the Chinese Mission said.

Since the adoption of the Law of the People's Republic of China on Safeguarding National Security in the HKSAR, law and order have been restored in Hong Kong and people's life has returned to normal, the spokesperson pointed out, adding that over 90 countries spoke up at the United Nations Human Rights Council in support of China's stance on Hong Kong.

Responding to the EU's concern over the so-called "forced closure" of Apple Daily newspaper, the spokesperson stressed the HKSAR is governed by the rule of law, where everyone is equal before the law and no one is above it.

The HKSAR police's actions against individuals and companies suspected of endangering national security are justified efforts to combat crime and uphold law and order, the spokesperson added.

"They have nothing to do with press freedom," said the spokesperson.

Noting that Hong Kong's affairs are China's internal affairs, the spokesperson made clear that the Chinese government is firmly determined in safeguarding national sovereignty, security and development interests.

"Those who clamor for sanctions will only end up shooting themselves in the foot," the spokesperson warned.

The European Parliament's resolution calls upon EU institutions and member states to decline invitations for government representatives and diplomats to attend the Beijing 2022 Winter Olympics.

The spokesperson responded that politically-driven attempts to disrupt, obstruct and sabotage the preparation and holding of the Beijing Winter Olympics are extremely irresponsible. "It is only athletes and the international Olympic Movement that will bear the cost."