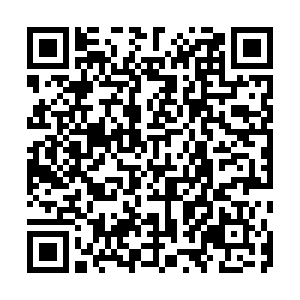 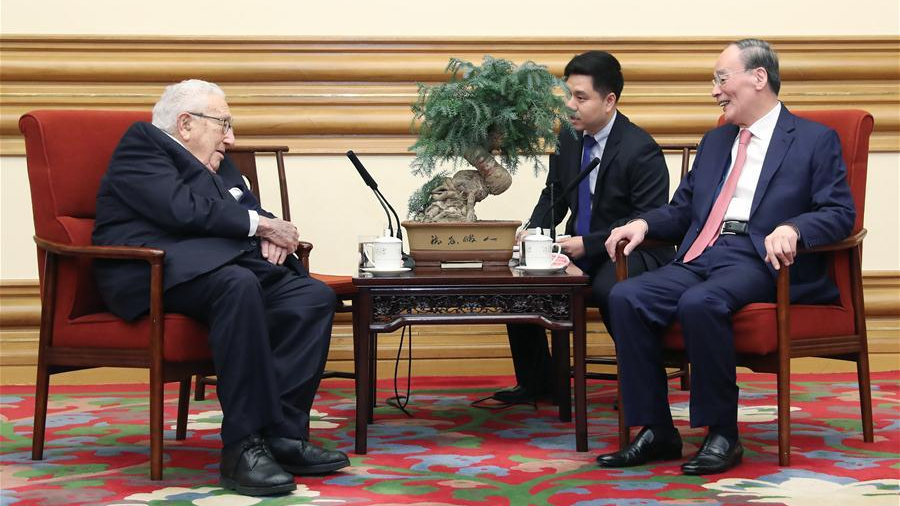 Chinese Vice President Wang Qishan on Friday called on China and the U.S. to handle differences through dialogue and expand common interests.

Fifty years ago, Kissinger undertook a secret mission to Beijing, which helped lay the groundwork for then U.S. President Richard Nixon's ice-breaking China visit and the eventual normalization of relations between the two long-estranged countries.

In the past five decades, though the Sino-U.S. relationship has been through ups and downs, it kept moving forward and contributed to world peace, prosperity and stability, Wang said. The biggest challenge the U.S. faces is not China, but itself, Wang stated, adding that the U.S. strategy towards China should avoid misguidance and miscalculation.

As long as the concept of a community with a shared future is upheld, the problems between China and the U.S. will not be fundamentally antagonistic and irreconcilable, and a path of peaceful coexistence and win-win cooperation can be found, he added.

Kissinger said via video that China and the U.S. should look to the future, strengthen strategic communication, continue to conduct dialogue in various areas and ensure bilateral ties transcend differences and focus on cooperation.

Chinese Foreign Ministry spokesperson Wang Wenbin, speaking of the anniversary, said he hopes the U.S. can follow the trend of the times, correct its perception of China and meet China halfway.