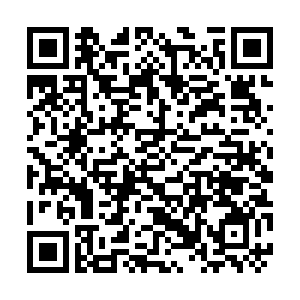 Zhang Liangqing, with some 700 pigs on his farm, is among the many victims of a prolonged and devastating crisis in China's live hog market, the world's largest. But he seems rather confident that he will ride it out sooner or later.

Prices for pork, Chinese people's favorite meat, have plunged relentlessly since the beginning of this year, hitting the bottom last month.

On June 22, hog prices reached a record low – about 12 yuan ($1.8) per kilogram, and while the market has seen a slight rebound since then, rates remain flat – around 16 yuan per kilometer at the beginning of July.

Making things worse for pig farmers is a surge in feed costs as a result of the rising global demand for corn.

Farmers say they are struggling to make ends meet. It costs Zhang about 2,000 yuan these days to rear a pig to reach a market weight of at least 120 kilograms. At current prices, he would either endure considerable losses or, at best, barely cover the breeding costs. 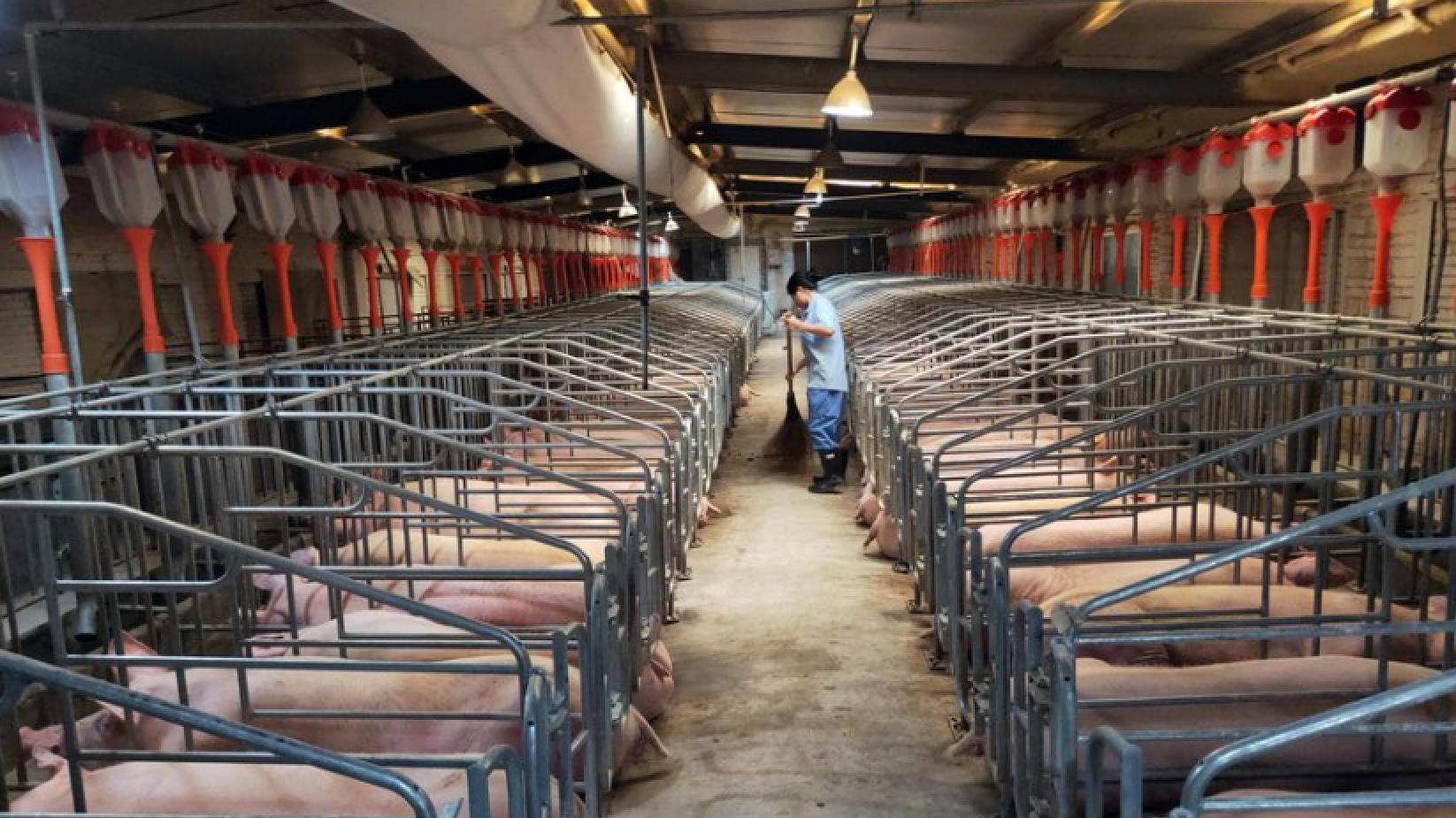 Unlike large corporations which have the tools and capital to hedge against a plunging market, a farmer like Zhang has to bear all the costs of fluctuating hog prices. Still, he is in a better position than many of his peers.

Based in southwest China's Yunnan Province, Zhang's farm covers the full production cycle from breeding, birth, to rearing until the animals reach "sale" weight. This all-encompassing model makes his business less vulnerable to market fluctuations, even though its limited size means costs cannot be cut substantially.

"These ranches (like Zhang's) can produce their own piglets and choose not to sell them to the market when prices are low," noted Feng Yonghui, an analyst at industry website Soozhu.

The alternative model, which doesn't involve keeping sows and is favored by short-term profit-seekers, is much riskier. Instead of producing their own piglets, these speculators usually buy them directly from farms.

"When pork prices are high, piglets are naturally worth more, and vice versa," Feng told CGTN. "For these speculators, the costs of operating their businesses are determined by how the live hog market is faring, which exposes them to high risks."

After the outbreak of African swine fever (ASF) hit China in 2018, pig farming suddenly became lucrative as a huge number of pigs died of the disease, causing a prolonged supply shortage. Many companies and individuals ventured into the sector to pursue short-term profits, but the plummeting of pork prices this year has derailed their plan. Without the capacity to reproduce piglets, they are now facing a big deficit in their balance sheet. 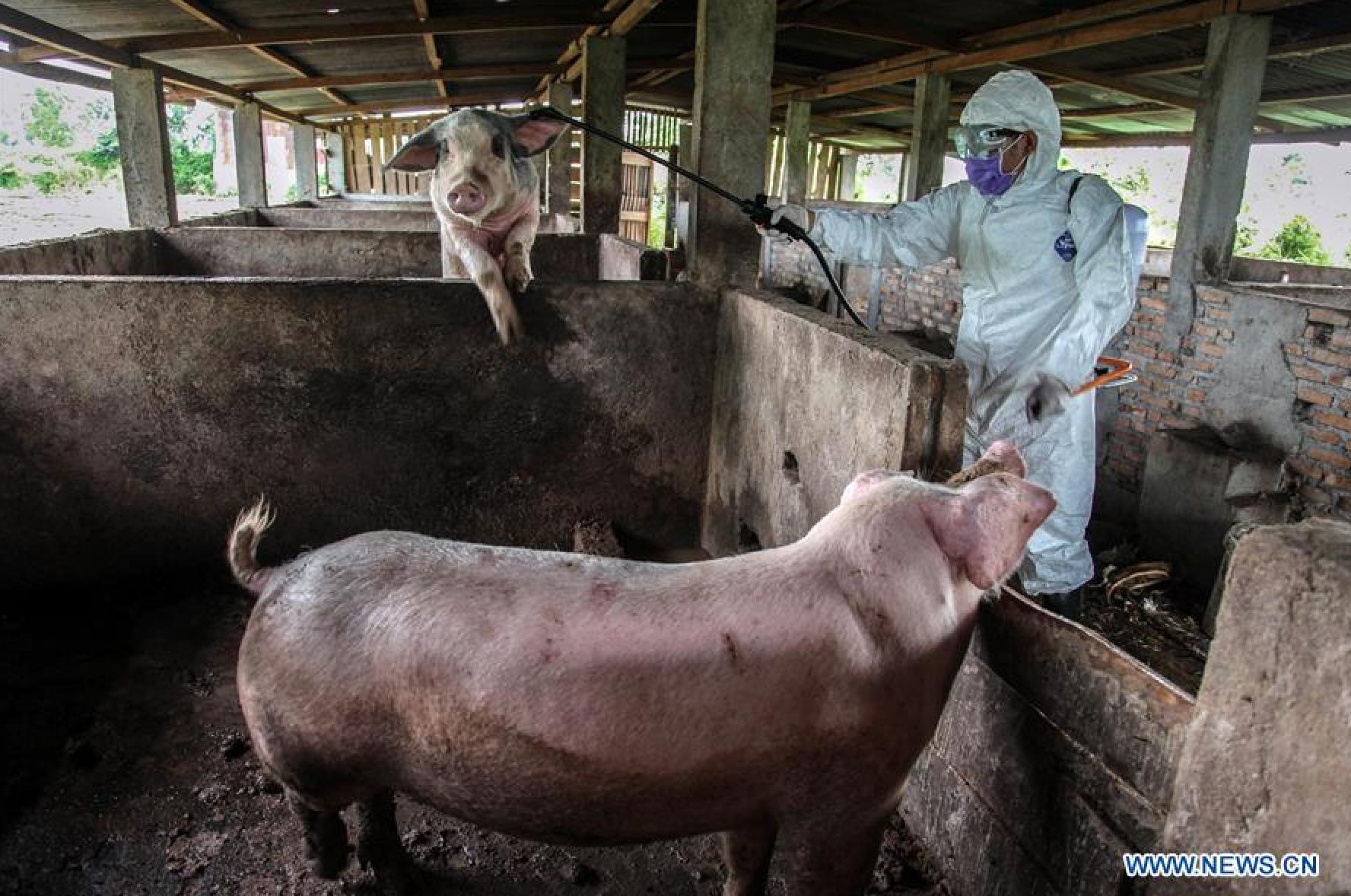 The rise and fall of pork prices is a rather common phenomenon, according to Feng. "It follows the patterns of cyclical fluctuation."

In the first two quarters of the year, the live hog market was marked by regional resurgences of the ASF outbreak, panic selling of pigs, and sluggish demand caused by slack seasons, which all contributed to the tumbling prices.

Because of the stagnant market, many farming businesses chose to keep fattening their hogs, rather than sell them off cheaply, Feng explained. "Over time, this led to a growing stockpile of overweight pigs and a market glut, which culminated into the rapid slump since May."

To deal with the freefall, Zhang said he would try to minimize costs, especially those of feedstuff. "What I do is to try and prolong the feeding period. This way I can not only protract the time for pigs to grow but reduce my sales when hog prices are low."

But Zhang says he has to sell, as he tries to avoid irrational hoarding and needs cash to maintain his business.

"In order to survive in this line of business, one needs to be very perseverant," said the veteran farmer of 17 years during which he has witnessed the fluctuation of pork prices many times.

"In times like this I tend not to panic," he said. "This is when I need to be more careful with my cost-revenue calculations, devoting myself to activities such as weeding out sows with poor fertility performances and selecting feedstuff that is more cost-efficient."

Other farmers who have borne more losses or are less experienced, may not be as composed as Zhang.

This is precisely the time when doubt starts creeping into their minds, Feng noted, adding, "Many of them will probably quit producing hogs or fundamentally alter the scale of production."

But signs of a market rebound since late June have injected confidence into the industry, and the authorities' timely intervention has further boosted that prospect, he pointed out. 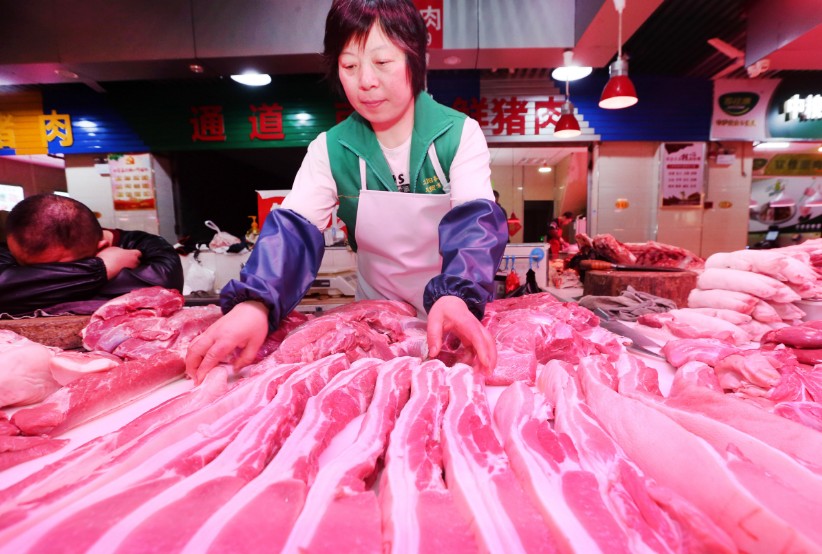 In a push to stabilize the market, the National Development and Reform Commission (NDRC) said last week that it would buy up pork reserves under an emergency program designed to prop up prices.

This came after the five-day average of the pig-to-feedstuff ratio, an index reflecting the cost and profit relationship in pig farming, fell below a critical threshold last week, triggering the state planner's highest-level warning.

"This will incentivize farmers to produce and help prevent the next market calamity from happening," Feng said. "If the government did not intervene, the number of sows being reared would have dropped substantially, derailing the recent recovery in hog production."

"The NDRC's buying-up campaign has not officially started, but we are already seeing an obvious uplift of market confidence, and prices will likely go further up as the state planner begins to hoard pork," he added. "I think we are already through the most difficult time this year."