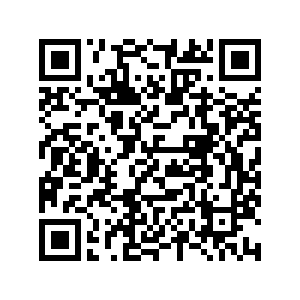 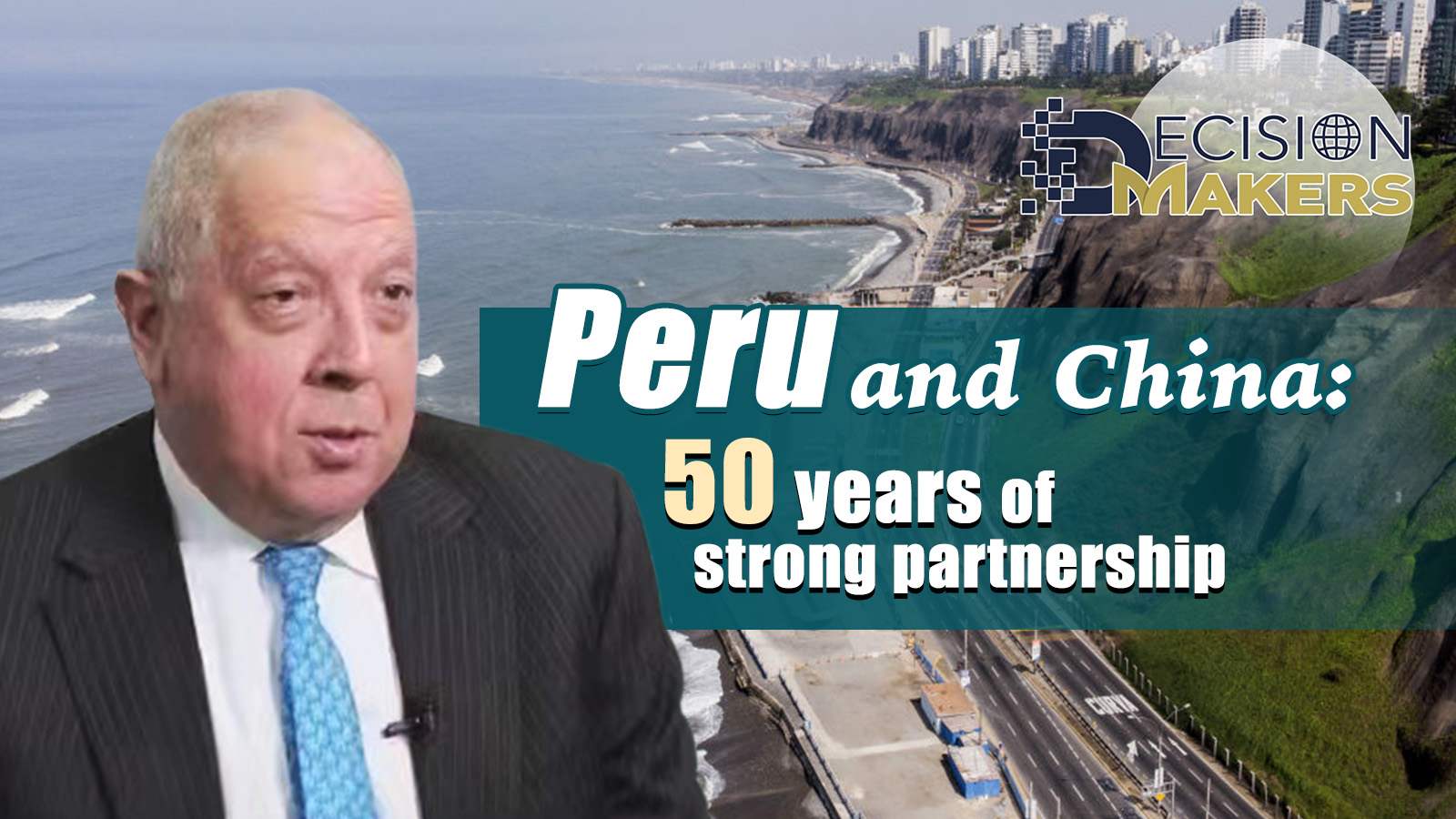 Editor's note: Decision Makers is a global platform for decision-makers to share their insights on events shaping today's world. Luis Quesada is the ambassador of Peru to China. The article reflects the author's opinions and not necessarily the views of CGTN.

The year 2021 features a special historical juncture as China and Peru commemorate the 50th anniversary of the establishment of diplomatic relations, while we Peruvians celebrate our 200 years as an independent nation and the Chinese people celebrate the 100th anniversary of the foundation of the Communist Party of China (CPC). This solid foundation permits us to project the enhancement of our future relations for the next decades.

In his speech, Chinese President Xi Jinping expressed that the goal of becoming a moderately prosperous society has been achieved and that is due to the leadership of the CPC and the entrepreneurial, diligent, and hard-working spirit of the Chinese people. The Party had a pivotal role in the nation's astonishing economic growth, extreme poverty alleviation, and technological feats. Nowadays, it is commonplace to claim that the pace of economic development of the Chinese economy is of historic proportions and it has impacted positively the daily life of its society.

There is no doubt that the history of the Chinese nation in modern times cannot be disassociated from that of the Party. I would also like to point out the capacity of adaptation and flexibility of the CPC along the different historical stages.

The reform and opening-up is a great example and even now China keeps these trends in sectors such as finance and services. The CPC surely faces challenges as unbalanced economic growth, an aging population, and environmental issues, but I am sure they shall overcome them with intelligence, competence, and considerable courage.

Regarding foreign policy, it was very important that President Xi stressed that China's international engagement seeks peaceful development and promotes international cooperation and multilateralism, which are goals also fully embraced by Peru.

The growth of the Chinese economy and the prosperity of the people are good news for the world at large and Peru in particular. With China being the biggest market for Peruvian exports, we see the implementation and goals of the 14th Five-Year Plan as something promising for the global post-pandemic recovery and as a window of opportunity to increase bilateral trade.

China is our biggest trading partner since 2014. The free trade agreement (FTA) entered into force in 2010 and ongoing negotiations to upgrade it are taking place. The bilateral trade in 2020 reached $20 billion and the projection for 2021 will show a bigger increase.

In recent times, Peru has developed strong export-oriented agricultural and hydrobiological industries based on new technologies and innovations. As a result, we have experienced accelerated growth and diversification of production and exports of goods such as fresh fruits and vegetables. China is no doubt one of our main markets for these kinds of products.

In addition, we are welcoming more direct investments as Peru is the second destination of Chinese investments in Latin America. For instance, Cosco Shipping in the construction of the Chancay mega port (estimated value of the project: $3 billion) and Three Gorges with the acquisition of Luz del Sur, one of the most important electricity generators in Peru, whose investment was estimated at more than 3 billion.

The bilateral ties are not only in the economic realm. The pandemic not only brought huge human and economic losses but also some opportunities to widen our bilateral cooperation. Last year, the Chinese government, civil society, and Chinese companies have made an invaluable contribution to Peru's medical response capacity through donations of medical equipment and health instruments. 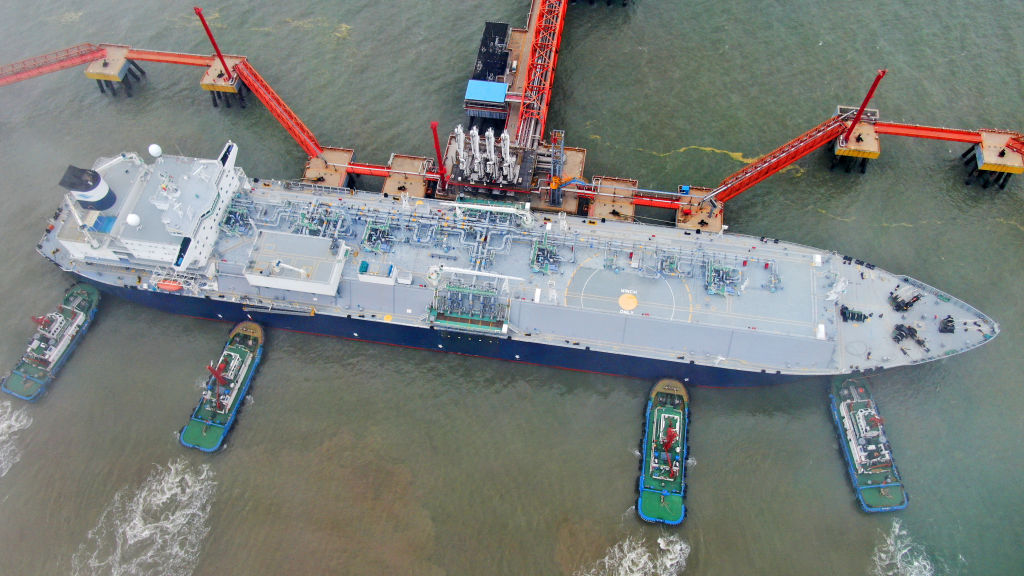 The arrival of a delegation of Chinese experts to Peru, who shared their successful experience in controlling the epidemic within China, was also important. Since September 2020, Sinopharm has been carrying out phase III clinical trials in Peru for the development of the vaccine against COVID-19.

Now, let me recall one more example of the Peruvian-Chinese cooperation. Through the Lima-based International Potato Center (CIP), Peru has collaborated with China with the scientific management of potato crops. A CIP-bred late blight disease-resistant potato variety, Cooperation 88, has, between 1996 and 2015, brought an estimated $2.8–3.7 billion in extra income to farmers and consumers in Yunnan Province.

As we can see, during the last years, China and Peru have expanded their political and diplomatic understandings, economic complementarities, and cooperation mechanisms.

Taking a broader view, back in November 2008, Peru and China established a strategic partnership. In April 2013, the relationship between the 2 countries was upgraded to a comprehensive strategic partnership. In our relations, we also possess different bilateral mechanisms that reflect the excellent state of our Comprehensive Strategic Partnership such as the Political Consultations Mechanism, the Strategic Dialogue on Economic Cooperation, or the FTA.

In the multilateral sphere, both Peru and China belong to the APEC forum and cooperate closely in the United Nations system. Moreover, in 2019, Peru joined China's Belt and Road Initiative (BRI) adding one more field of multilateral coincidence. This can be conducive to deepen collaboration in many areas such as social infrastructure, transportation, telecommunications, energy, culture, and academic exchanges.

I would like to finish this piece by highlighting our human exchanges. During the last 2 decades, Peru has increasingly become a tourist destination for Chinese citizens. Peru as a cradle of an ancient civilization is a natural magnet to attract visitors. That is something Peru and China share.

Secondly, Chinese visitors will feel at home in Peru as roughly 8 percent of our population has Chinese roots. The people-to-people bond is very strong between China and Peru, largely due to the more than 170 years of bilateral human exchanges.

Despite the challenges brought by the pandemic, 2021 will be a year of commemoration. In that framework, we are organizing cultural and academic activities. Since June, the Peruvian Exhibition of Cultural Relics from the Ancient Andean Civilizations is on display in the Capital Museum until August 22.

Notwithstanding the background of a complicated international context, the ravaging effects of the pandemic all over the world, the questioning of globalization and free trade, and the geopolitical tensions, I am strongly optimistic about the prospect of the relations between Peru and China and hope this will broaden and deepen even more to solidify our traditional friendship.