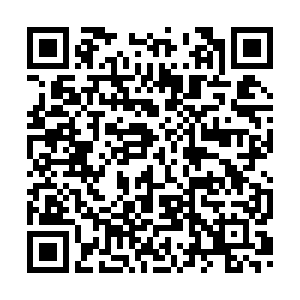 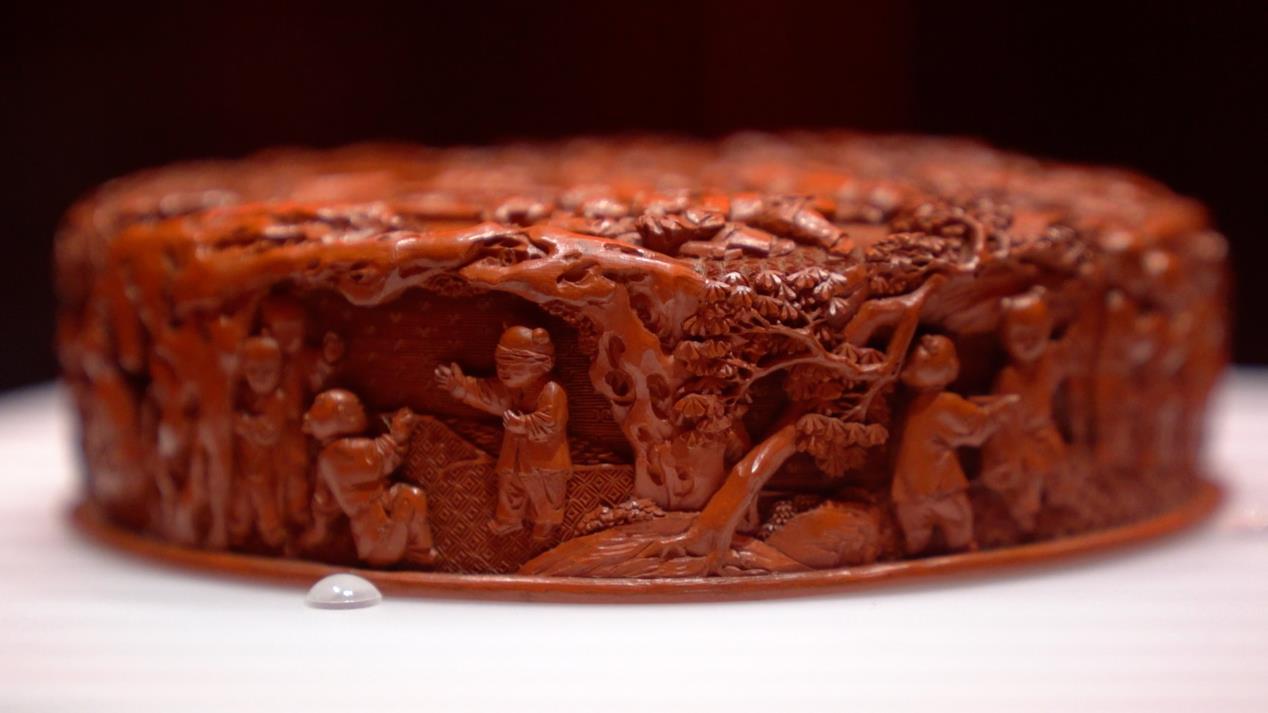 Lacquerware is one of the most ancient art forms in China, and the technique has seen decades of recent development. In honor of the art, the Palace Museum has put on display some select pieces from its collection of over 18,000 pieces at the Guardian Art Center in Beijing.

The exhibits were used in the imperial palace during the six-decade reign of Emperor Qianlong in the 18th century. The technique greatly evolved at the time because the emperor especially favored the art form. The red carved pieces were made in large quantities at his request. 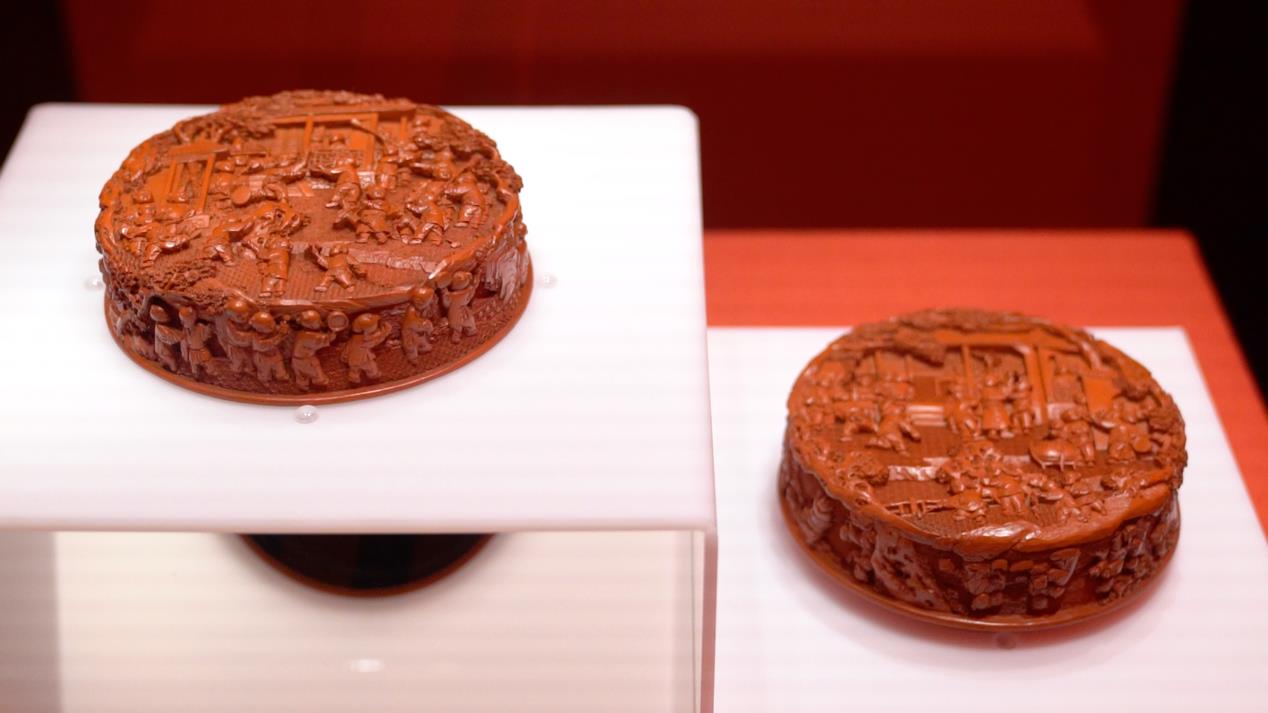 One piece featuring 100 playing kids, with the cover and the body both carved, is believed to be of significant value. "There are 52 images of children on top and 48 on the side. Through these images of 100 children, the craftsmen embody various playing scenes from the Qing Dynasty (1644-1911)," said Xing Na from the Department of Objects and Decorative Arts of the Palace Museum. "The lacquer has been painted on thickly, so as to carve the figures into almost three-dimensional sculptures."

Carved lacquerware products were considered a luxury back then. The materials to make them were not cheap. To create carvings, dozens, or even hundreds, of layers of lacquer were needed. "It took about a year to finish a carved lacquer piece. The step of brushing on multiple layers took more than a month," explained Xing. "And the lacquer wasn't dried under the sun. It had to be dried naturally under a specific temperature and humidity level in order to get a certain hardness. The carving also took a long period." 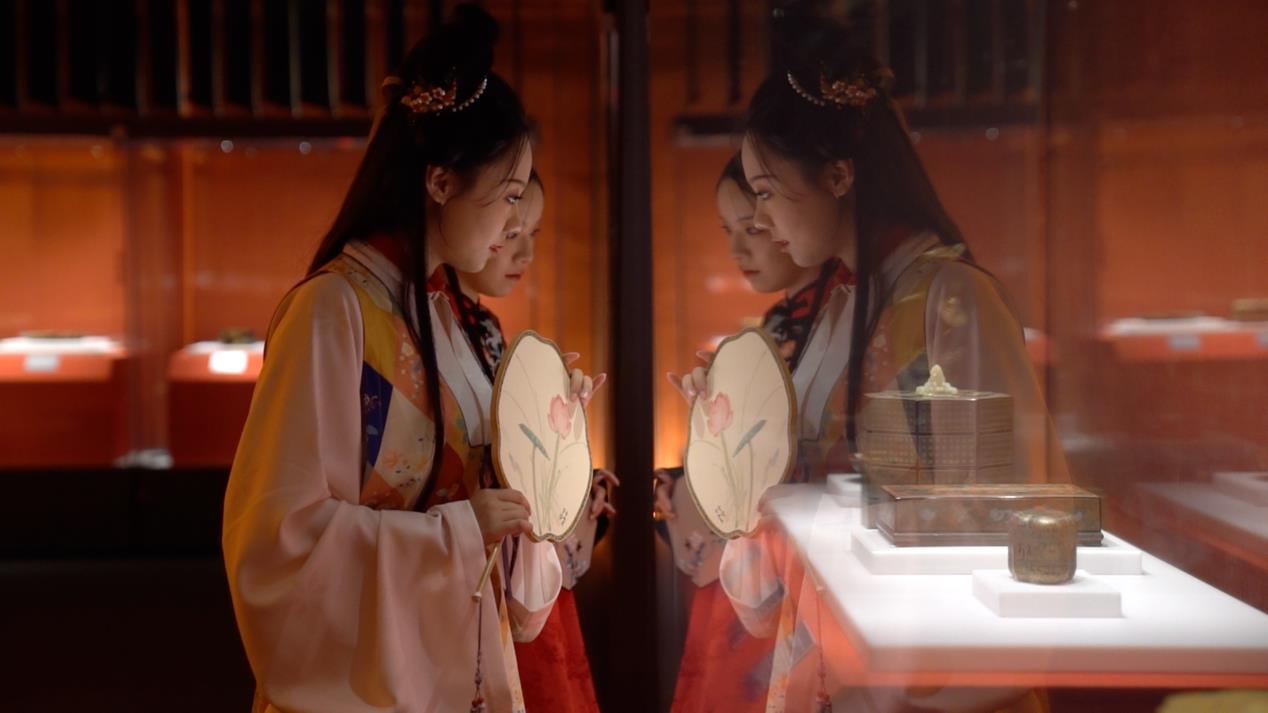 Fans of ancient Chinese culture say it's a good way to get a glimpse into life within the walls of the imperial palace of hundreds of years ago. "We're interested in the lacquerware culture and came on the opening day of the exhibit. We dressed up like this to match the styles of the ancient lacquerware pieces," said a visitor dressed in traditional Chinese costumes.

Besides carved lacquerware, other lacquer art pieces from the same period are also on display at the Guardian Art Center in Beijing until October 12.