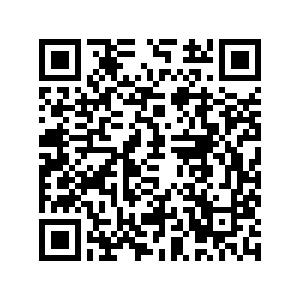 Editor's note: Shang-Jin Wei, a former chief economist at the Asian Development Bank, is Professor of Finance and Economics at Columbia Business School and Columbia University' School of International and Public Affairs. The article reflects the author's opinions, and not necessarily those of CGTN.

As U.S. inflation continues to accelerate, with consumer prices increasing 5 percent year on year in May, it is not only the U.S. Federal Reserve that needs to remain vigilant. Policymakers around the world – and in vulnerable economies in particular – also should prepare for the possibility that U.S. interest rates will rise faster and sooner than most forecasts currently predict.

After all, the Fed has raised its inflation forecasts significantly over the last 12 months. At its mid-June meeting, the policy-setting Federal Open Market Committee estimated that whole-year inflation in 2021 for personal consumption expenditures would be 3.4 percent. That is a full percentage point higher than their median projection in March, and more than twice the level forecast back in June 2020.

The rise in U.S. inflation reflects a combination of temporary and structural factors. For example, while partial pandemic-related lockdowns have caused production to decline, large government stimulus programs have sustained household demand, which exceeds supply in many sectors. This component of today's price increases would presumably disappear once output returns to its full potential.

But although Fed officials regard the current increase in inflation as largely transitory, it also has structural causes that are not entirely linked to the pandemic. For starters, U.S. monetary policy has been on expansionary steroids since 2008. While the Fed's response to the pandemic-induced recession increased the money supply further, policy was very loose well before the COVID-19 crisis, even when U.S. unemployment was at a multi-decade low.

In addition, former President Donald Trump's aggressive tariff increases on imports from China – from an average of about 3 percent in 2018 to over 20 percent within three years – raised the prices of imported goods, especially for low-income U.S. households. They also increased the domestic prices of goods imported from countries such as Vietnam and Mexico, as well as those of U.S.-made products that are substitutes for Chinese imports. Tariff hikes affecting parts and components imported from China further drove up the prices of downstream products.

Lastly, Trump's 2017 tax cut and the subsequent fiscal stimulus programs under both Trump and President Joe Biden have boosted aggregate demand, adding to the upward pressure on prices. Many economists, including some prominent Democratic-leaning ones, think Biden's $1.9 trillion COVID-19 relief package is much larger than necessary given the estimated size of the U.S. output gap.

To anticipate the international consequences of higher U.S. inflation, we need to recognize the risk that the Fed may tighten monetary policy more suddenly and dramatically than its current 3.4 percent inflation forecast might suggest. For now, a majority of U.S. households, firms, and investors still believe that the Fed will adjust the money-supply spigot in a timely, measured way to prevent inflation from getting out of hand. 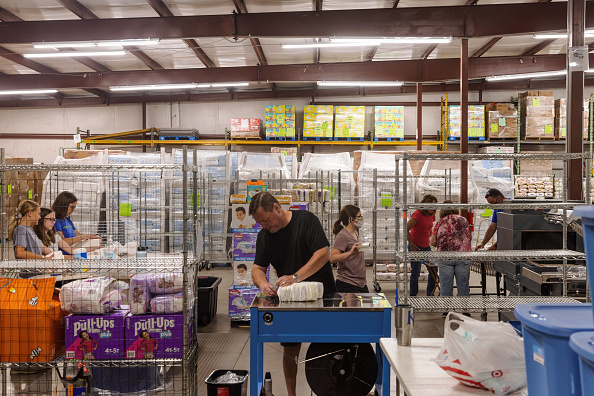 But such "inflation anchoring" could prove fragile if Americans see more evidence of the Fed failing to keep inflation near its desired 2 percent target. Should that happen, both employees' wage demands and firms' price-setting will start to reflect the possibility that inflation could shoot up to 5 percent or more unless the Fed applies the brakes by raising interest rates aggressively.

If U.S. rates rise sharply, history tells us that two types of countries may experience serious financial and economic difficulties. The first group comprises economies that finance a significant part of their investment or consumption with foreign-currency debt, by borrowing either from foreign banks or on international bond markets. Countries with large short-term foreign-currency debts (with less than one year to maturity) and relatively low foreign-exchange reserves are particularly vulnerable to a severe debt or banking crisis.

The second group consists of countries with an overvalued fixed exchange rate, which makes them vulnerable to a run on their currencies and an exchange-rate crisis. So, if the Fed tightens policy significantly, we can expect to see a number of debt and currency crises in Central and South America, Africa, and Asia in the next 2-5 years. Because significant foreign-currency debt and overvalued fixed exchange rates are not mutually exclusive, some countries may suffer several types of crises.

This is why U.S. inflation and interest-rate policy is so important to so many. When the United States sneezes, the rest of the world may catch a cold. But other countries should not expect America to conduct its monetary policy any differently as a result, and nor should they count on the International Monetary Fund or the G7 to be able to direct the U.S. to be more globally minded in managing interest-rate movements.

Even countries not in either of the risk categories will need to address the challenge of imported inflation. China, for example, is deeply concerned about this, even though it currently has relatively modest foreign-currency debts and retains a high level of foreign-exchange reserves.

To prevent imported inflation from fueling domestic inflation, the People's Bank of China would need to tighten its own supply of liquidity to the economy. For such a policy to be effective, China must either introduce more exchange-rate flexibility or tighten its capital controls, with the former approach promising to be much better for the economy in the long run.

At-risk economies may have six months or so to implement self-help measures before any sudden U.S. monetary-policy tightening happens. They are well advised to work on making their exchange rates more flexible, reducing their reliance on foreign-currency debt, and increasing their foreign-exchange reserves.