Download
Win-win cooperation is in the common interests of China and U.S.
Robert Lawrence Kuhn 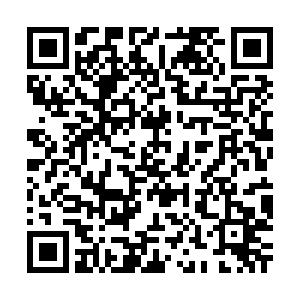 Editor's note:  Ambassador Huang Ping is the Consul General of the People's Republic of China in New York, where he is responsible for 10 U.S. states in his Consular District. Huang Ping reveals to Dr. Kuhn his first-hand experiences in meeting with Americans and why does he think that win-win cooperation is in the common interests of China and U.S.?

Robert Lawrence Kuhn: It's no secret that U.S.-China relations have deteriorated in recent years. So from your unique vantage point, as China's Consul General in New York, you cover ten U.S. states, the much of the seaboard in the northeast in the U.S.. How do you see this situation on the ground, in terms of this ?

Huang Ping: This year, as you know, marks the 50th anniversary of the secret visit of Dr. Kissinger to China. The China-U.S. relation is right now in the new historical point. Presidents of the two countries had a telephone call on the New Year's Eve of Chinese Spring Festival, chatting about the course of the future development of this bilateral relationship.

And in April, President Xi attended the Leaders Summit at the invitation of President Biden. And both sides even issued a joint statement to address this climate change crisis, I should say. But in the meantime, China-U.S. relationship is now facing a complex situation.

If you take a look at the China's policy towards the U.S., I think we are quite consistent. We always want to build a good relationship with the U.S. featuring non-conflict, non-confrontation, mutual respect, and win-win cooperation. I believe, China and the U.S., we have lots of common interests. We are different in many ways. But this should not prevent us from working together. We can work together, manage the differences, and build a healthy and stable relationship together.

Robert Lawrence Kuhn: Certainly, the areas to cooperate are significant, not just for our two peoples, but for the whole world.

Huang Ping : I have been the Consul General twice in the U.S.. I didn't tell you I was a Council General from 2008 to 2010 in Chicago. Now, I'm the Consul General here in New York. So in total, I had 19 states as my consular district. I've traveled to all those 19 states meeting people from all works of life. I have some findings.

Number one, I find American people and Chinese people have a lot in common. We all want a good job, we all value family, value friendship. We want to have a good medical care. We want to live in a good environment and many other things. We are just like brothers and sisters. We may look different, but we can live in one family, this global family for sure.

And number two, I think the sentiment, the feelings towards each other are generally very good that I've been talking to so many people and meeting people from all works of life. They're so kind and so friendly. They are very curious. They want to know what has happened in China. And the sentiments towards each other have a historical root. Remember, we used to fight shoulder by shoulder together against the fascists during the World War Ⅱ. The Flying Tigers and Doolittle Raid. You heard about the story of Doolittle Raid?

Robert Lawrence Kuhn: Yeah, I think those different sectors of society, working together at those levels are the singular most important things. So I agree with that 100%. I would also add to that the scientific communities, the health care communities, even during the pandemic, the professionals, the top doctors, and health care professionals between the U.S. and China were working very well.

And they all speak the same language. It's not English or Chinese, it's the language of science and the language of health care. And so, I think the advancement of common humanity through increased knowledge, through like basic science, or through dealing with common problems like climate change. Those are deeply fundamental.

Huang Ping : Yeah, I think economy in the U.S. and China is highly complementary and there are so many common opportunities we can explore. And there're so many common interests we can produce. All we need to do is focusing this relationship on cooperation. I mean a win-win cooperation, abandoning this cold war mentality or zero-sum game. And then we both benefit. This is also the expectation of the international community.