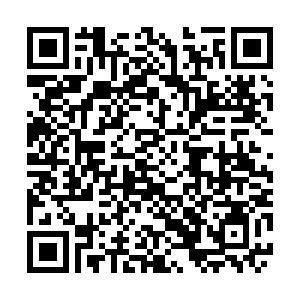 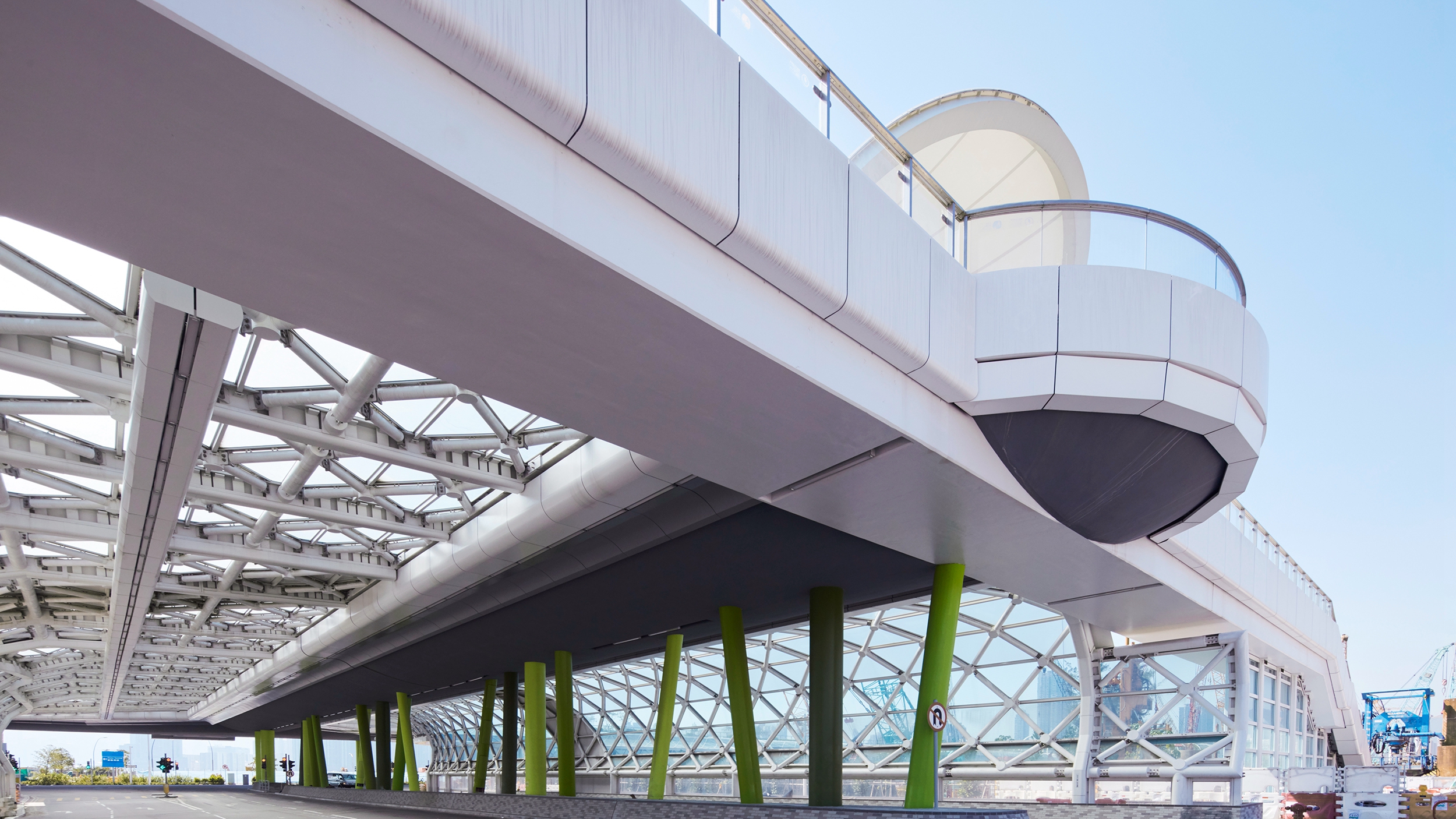 It used to be famous as one of the world's most difficult places to land a plane. Now Hong Kong's former Kai Tak Airport runway has been transformed into a park that stretches all the way along the iconic landing strip.

Kai Tak served as Hong Kong's airport from 1925 until 1998. In its early days, the runway was just a long grass strip. Trying to land there required a descent through the middle of the city, and a risky last-minute maneuver known by pilots as "The Hong Kong Turn."

"Pilots had to make a visual right turn at a 47-degree angle to align with the runway," she said. "This happened within just the lowest 1,000 feet from the ground and within 2 miles from the threshold. So within this short period of time, the pilot had to align the aircraft with the runway."

By the 1990s, Kai Tak had become one of the busiest airports in the world, forcing the authorities to build a much bigger facility away from the city. 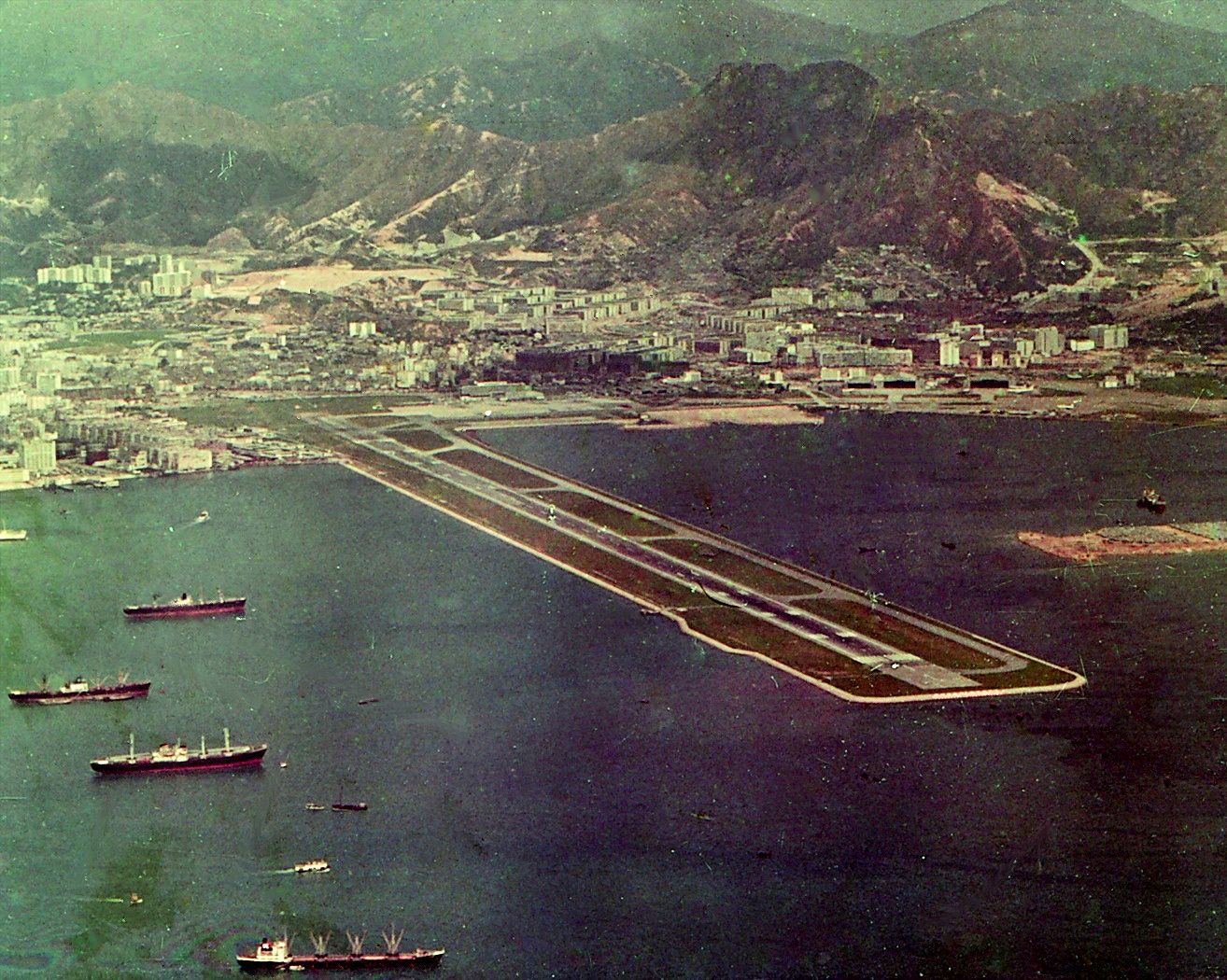 These days, Kai Tak is home to a futuristic cruise terminal, and is part of a huge redevelopment plan to transform the surrounding area into a residential and tourism hub. The chief engineer overseeing the project, George Mak, says the result will be something new for Hong Kong.

"What we're trying to do is to put a network of green space, spread all around the development, so that people can walk from one place to another," he said.

The centerpiece of the project is the Kai Tak Sky Garden. It stretches all the way along the 1.4-kilometer former landing strip. It is labeled with the runway's original numbering system, and is packed full of design features that echo its aviation history. 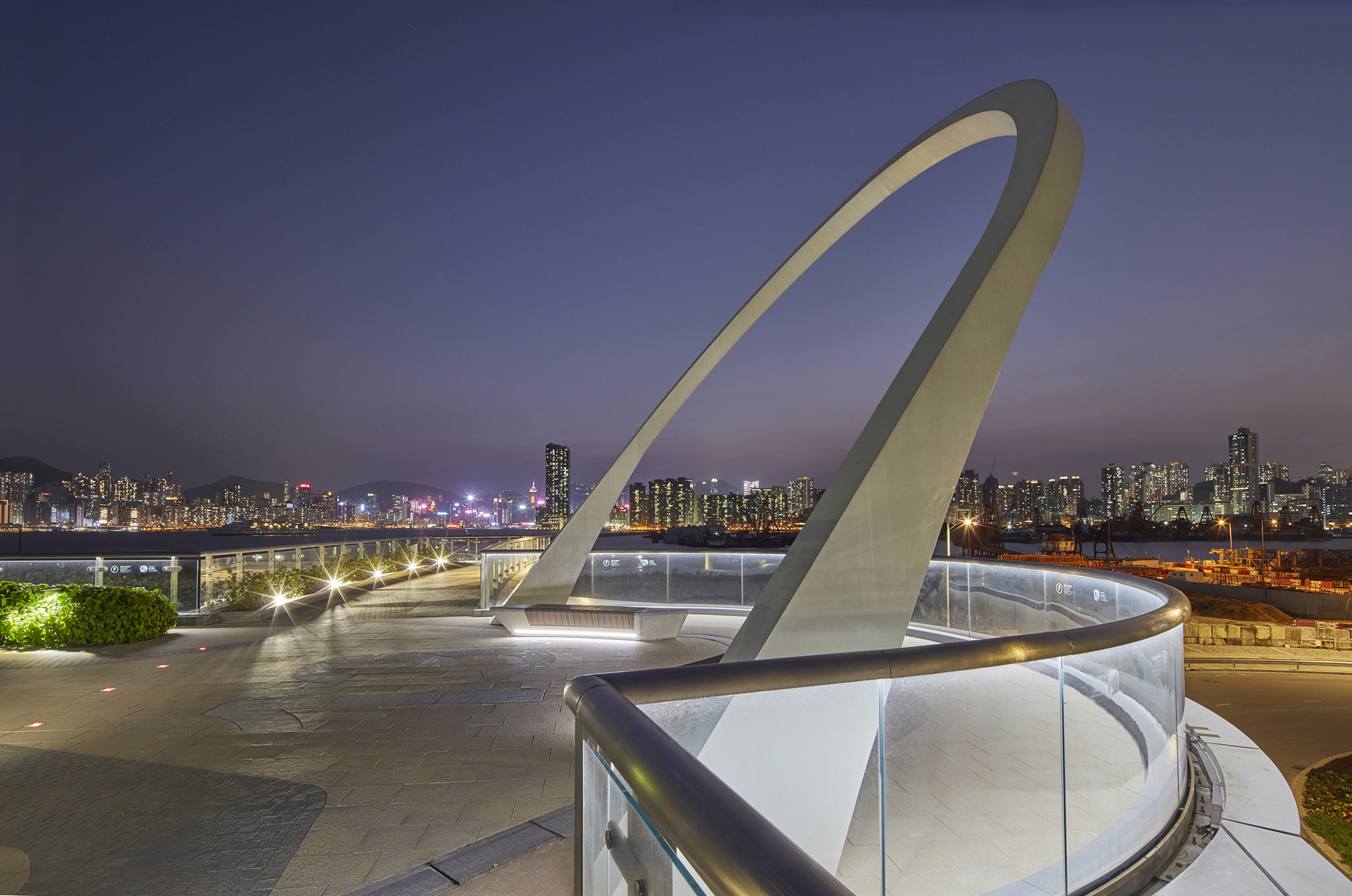 Keith Chu is a senior engineer on the redevelopment team, and says a lot of effort has gone into retaining original details from Kai Tak's heyday.

"We've adopted the structure in an elongated form to resemble the body and wings of an airplane," he said. "We've also incorporated lighting along the garden to recreate the atmosphere and ambience of the former airport runway at nighttime. And we've also made a subtle reference to airport lounge seating arrangements to help visitors recall their experience of air travel."

Kai Tak's central location meant that many local people lived and worked right next to the airport. Sidney Ho is an aviation expert at the Hong Kong Polytechnic University, and used to work directly underneath the incoming aircraft.

"All the planes used to turn at 600 feet above our school," he said. "That memory was almost every day because of the planes flying above us. You got so used to it that when you didn't hear them anymore you tended to miss them." 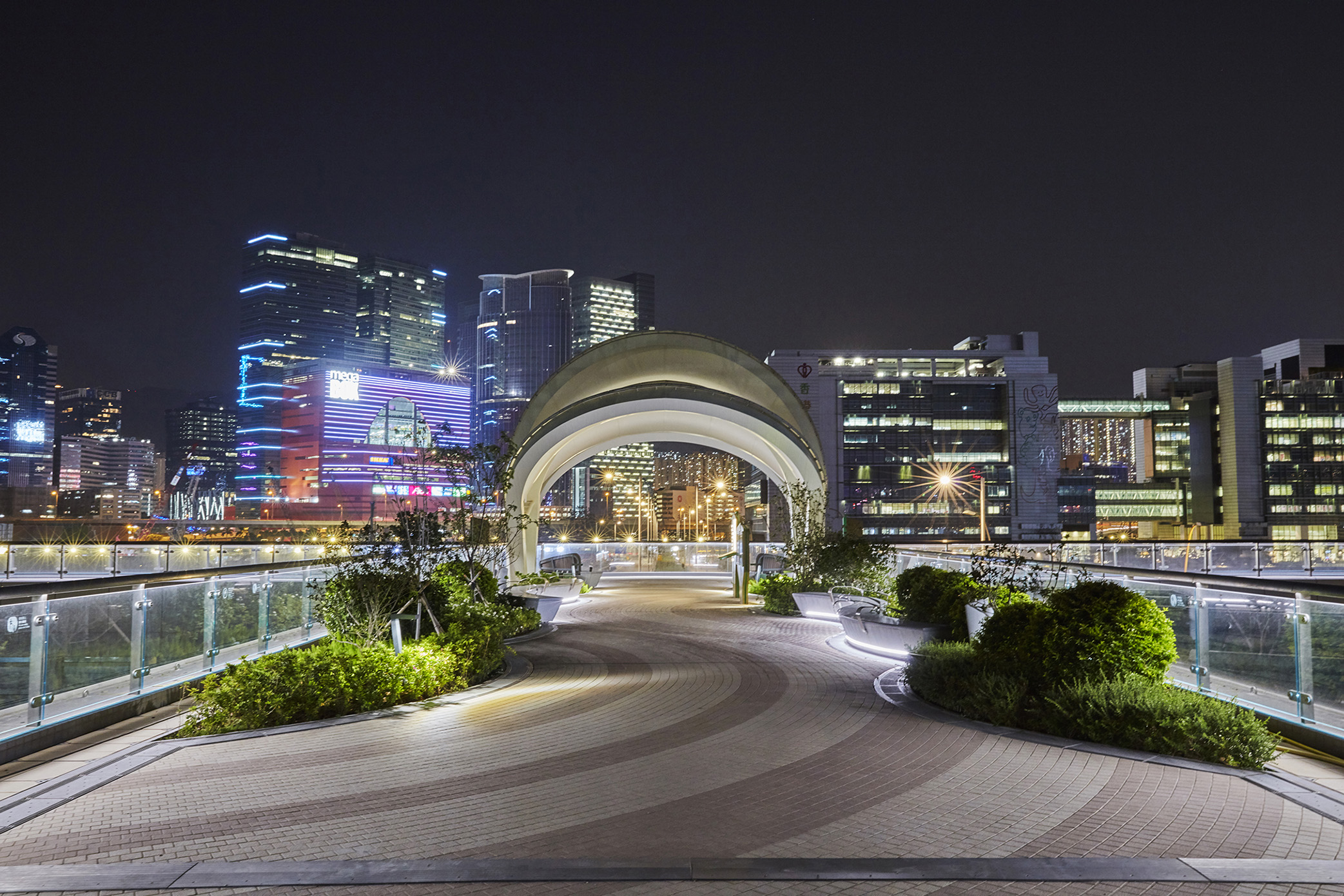 Fung says the runway's downtown location made the planes part of everyday life.

"There was a joke saying that because of the aircraft flying at low altitude over Kowloon City, people at the top of the buildings could almost touch the aircraft wheels as they flew over," she said. "Or even that the passengers on board the plane were able to see what people were watching on TV at home."

To help visitors to the new Kai Tak Sky Garden relive that experience, the park's designers have created an augmented reality phone app that allows users to watch planes come in to land overhead. 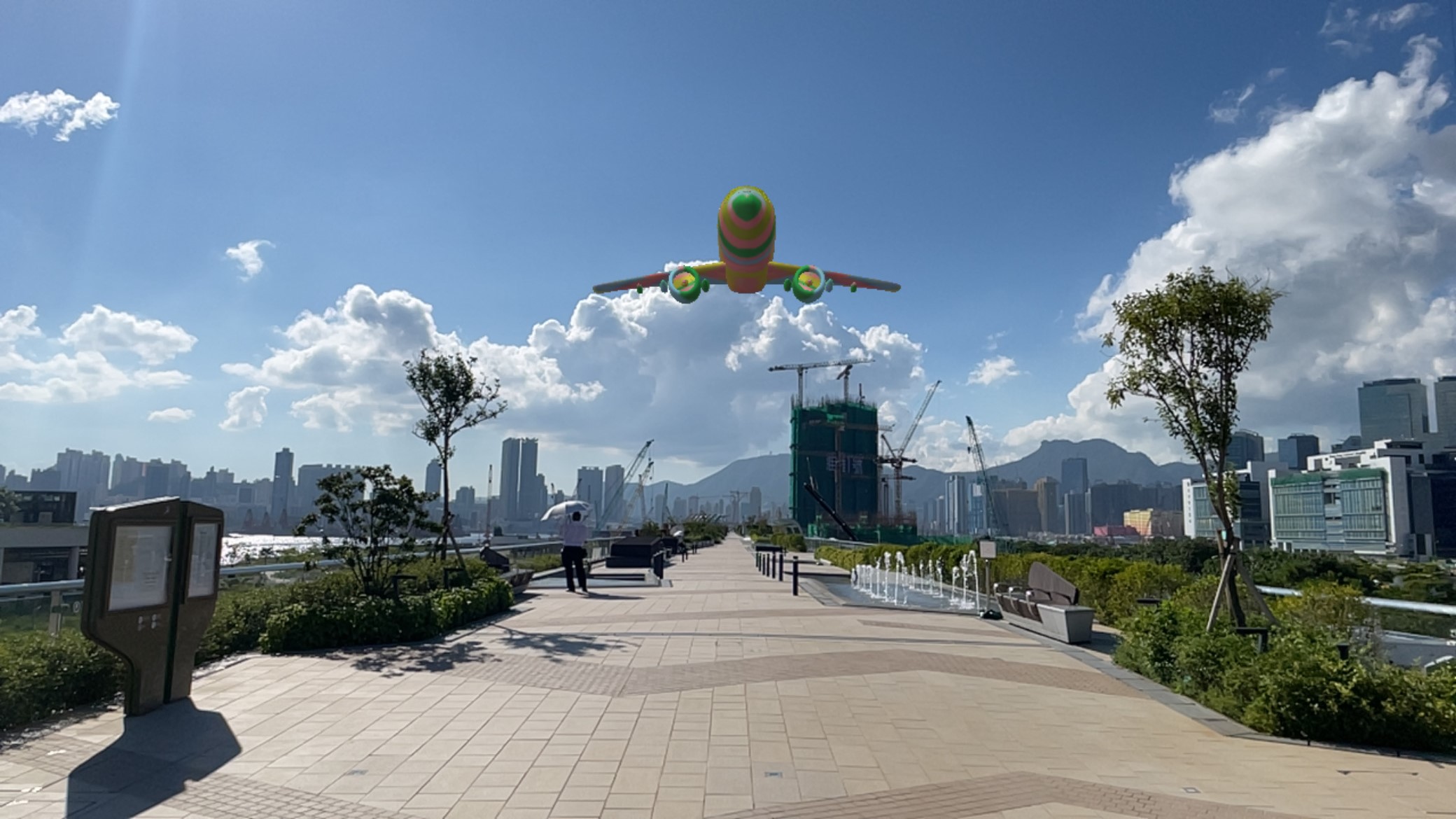 An image from the augmented reality app. /CGTN

An image from the augmented reality app. /CGTN

The redevelopment of the wider Kai Tak area is expected to be completed around 2025. In the meantime, the park is already drawing a crowd, from those with vivid memories of the airport's operations, to those who are taking advantage of a new green space to exercise and relax in the middle of Hong Kong's iconic harbor.