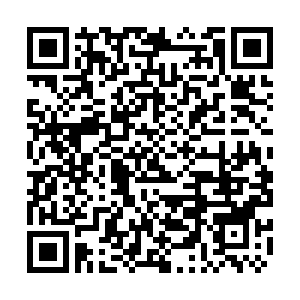 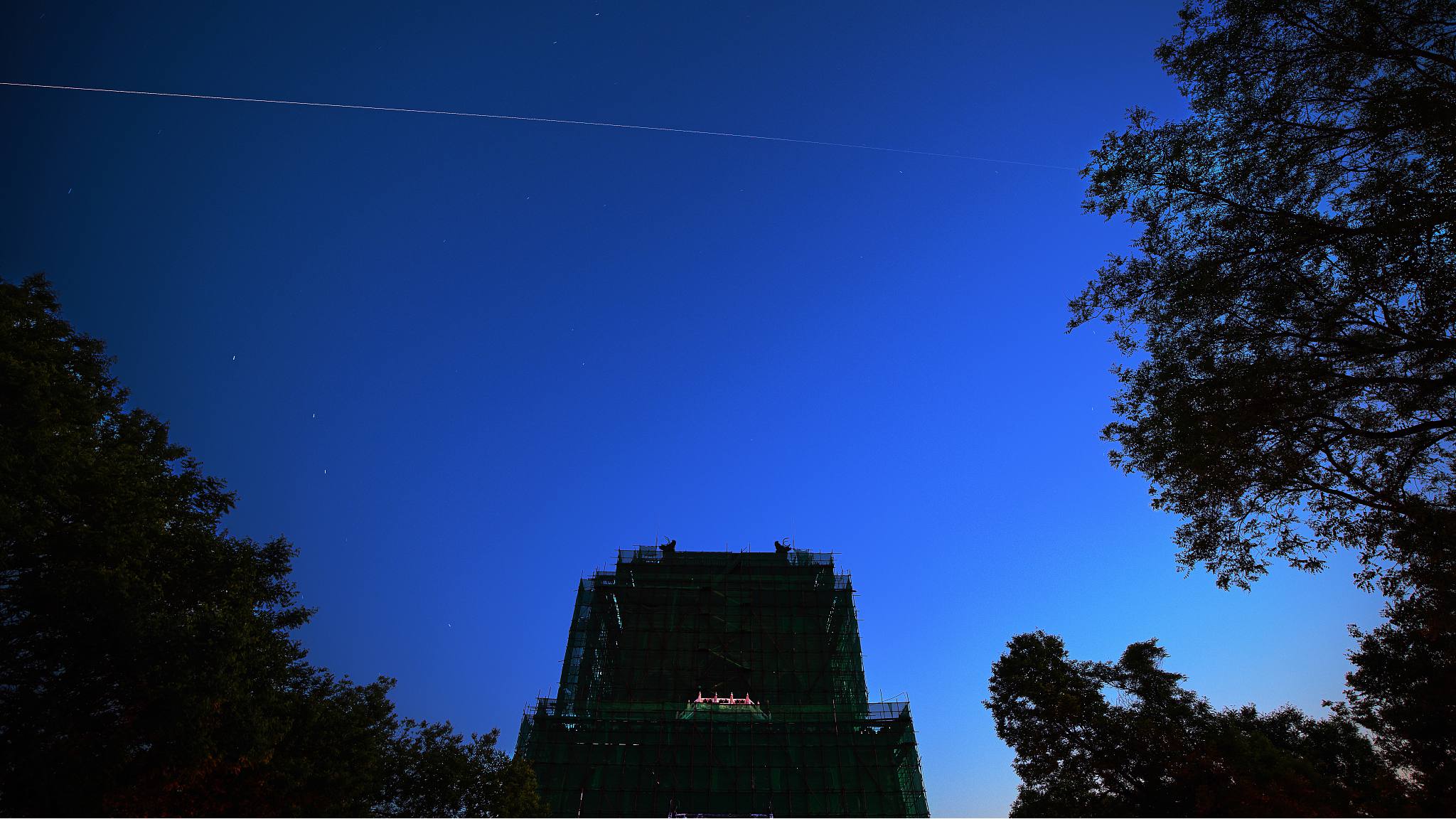 China Space Station streaks across the sky at 4:47 a.m. Beijing times, atop of the silhouette of the ancient Bell Tower of Beijing, Beijing, China, May 2, 2021. /CFP

China Space Station streaks across the sky at 4:47 a.m. Beijing times, atop of the silhouette of the ancient Bell Tower of Beijing, Beijing, China, May 2, 2021. /CFP

It's already become a new summer hobby for many. After the sun sets, they look above for signs of the China Space Station, a spacecraft carrying three men. Sometimes its huge body and pair of solar wings – combined, roughly the size of a three-bedroom apartment – is bright enough for Earthlings to see with naked eyes. It looks like a tiny, bright moving dot streaking across the night sky.

The space station, 380 kilometers above the Earth, has been orbiting the blue planet about once every 1.5 hours since earlier this year meaning it travels through 16 sunrises and sunsets every day.

In the daytime, it's too bright on the ground to see but it's also invisible at late night when it orbits into the shadow of the Earth. The best time to check it out is around dawn or dusk, when the sky is dim and the sun is at an angle, so its rays catch the ship as it flies over.

"You need to know where and when it will appear," Kou Wen, an expert at the Beijing Planetarium, told a local newspaper.

Many professional astronomical websites and apps provide information for astronomers to track stars and satellites such as non-profit website Heavens-Above and a mini-program on WeChat called Astro-Meteo Tools, or Tianwentong. Through these platforms, once you set up your current location, you can get a list of visible passes on different dates, and voila! You can start your stargazing.

Here is a chart showing all the pass times for Beijing over the next 10 days according to Heavens-Above:

A chart showing all the passes of China Space Station over the sky in Beijing. /Heavens-Above

A chart showing all the passes of China Space Station over the sky in Beijing. /Heavens-Above

The brightness magnitude on the chart indicates how bright the space station will be when it passes. The smaller the number, the brighter it will shine.

Kou said it will visible to anyone who looks up as long as it's a clear day and seen from a location that isn't very well lit at ground level. "If you can see stars, then you are in the right location to spot the space station."

The space station "looks like a bright star, slowly streaking across the sky, almost like a plane passing by without the lights blinking", according to the Beijing Academy of Science and Technology.

Advanced astronomers are looking forward to what is known as "the astronomical transit", a phenomenon that occurs a celestial body passes directly between a larger object and the observer. In this case, when the space station passes between the Earth and the sun or the moon. This kind of observation will require professional equipment – especially when passing in front of the sun – and a more accurate predictor.