Download
The U.S. can't be part of the conversation to solve issues in the SCS
First Voice 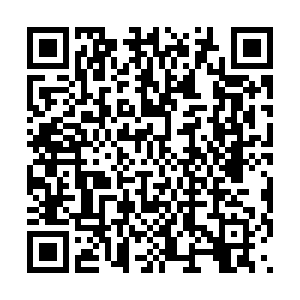 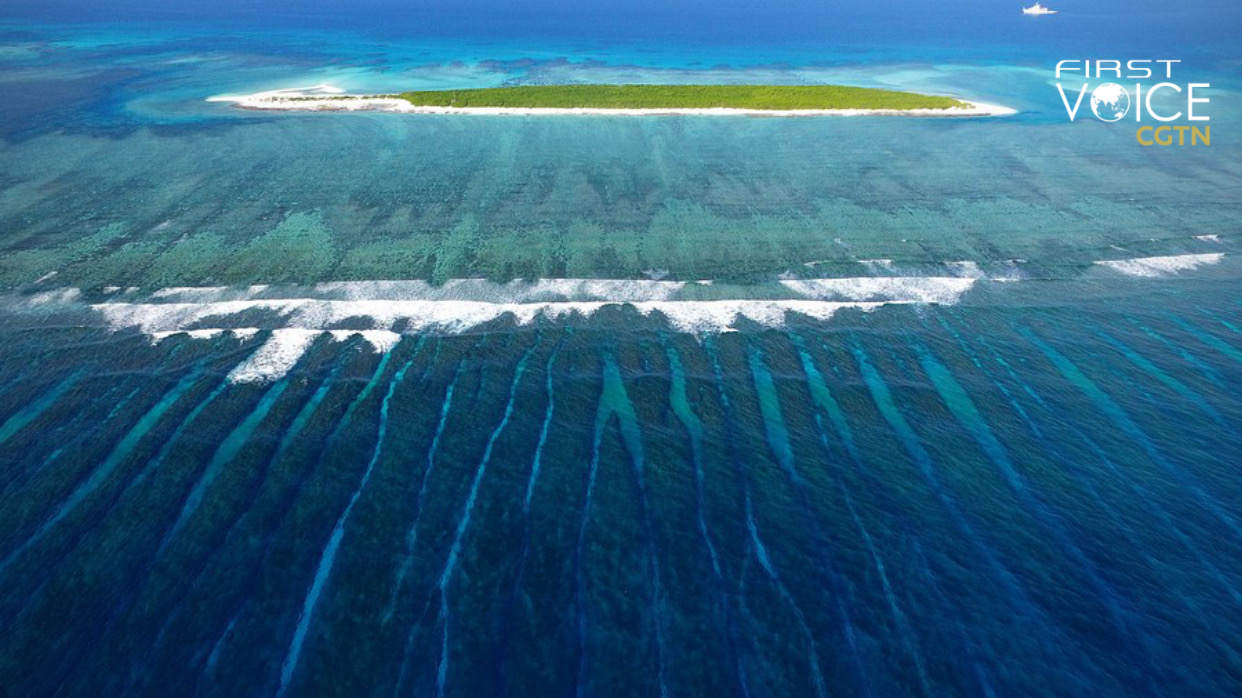 The United States has again showed its intention to sow discord and create unnecessary trouble for China, this time with an inflammatory and deliberately misleading statement by Secretary of State Antony Blinken that aims to generate ill will over the South China Sea and China's relationship with relevant countries.

In 2016, an arbitral tribunal of the Permanent Court of Arbitration ruled in favor of the Philippines and against China in a case involving the South China Sea. Since then, both China and the Philippines have committed to peacefully and bilaterally resolving their issues through dialogue.

It is impossible for two countries or neighbors to agree on every single issue, especially when it comes to territorial integrity. But the Philippines has recognized that by focusing on what can be gained by cooperation and dealing with differences through negotiations, both sides can end up winning. Philippine President Rodrigo Duterte once stated that "just because we have a conflict with China doesn't mean to say that we have to be rude and disrespectful."

The United States, however, will have none of this. Unable to halt its own decline and terrified of China's inevitable rise, the U.S. is desperately trying to build a coalition to block China's development and sap China's energy by any means possible.

Blinken's statement marking the fifth year of the ruling attempts to inflame China-Philippine tension and frame China as a bullying neighbor. It raises bogus arguments. Without much experience in matters relating to China, Blinken has confounded China's historical claims to the South China Sea with freedom of navigation. "The People's Republic of China (PRC) continues to coerce and intimidate Southeast Asian coastal states, threatening freedom of navigation in this critical global throughway," he said. 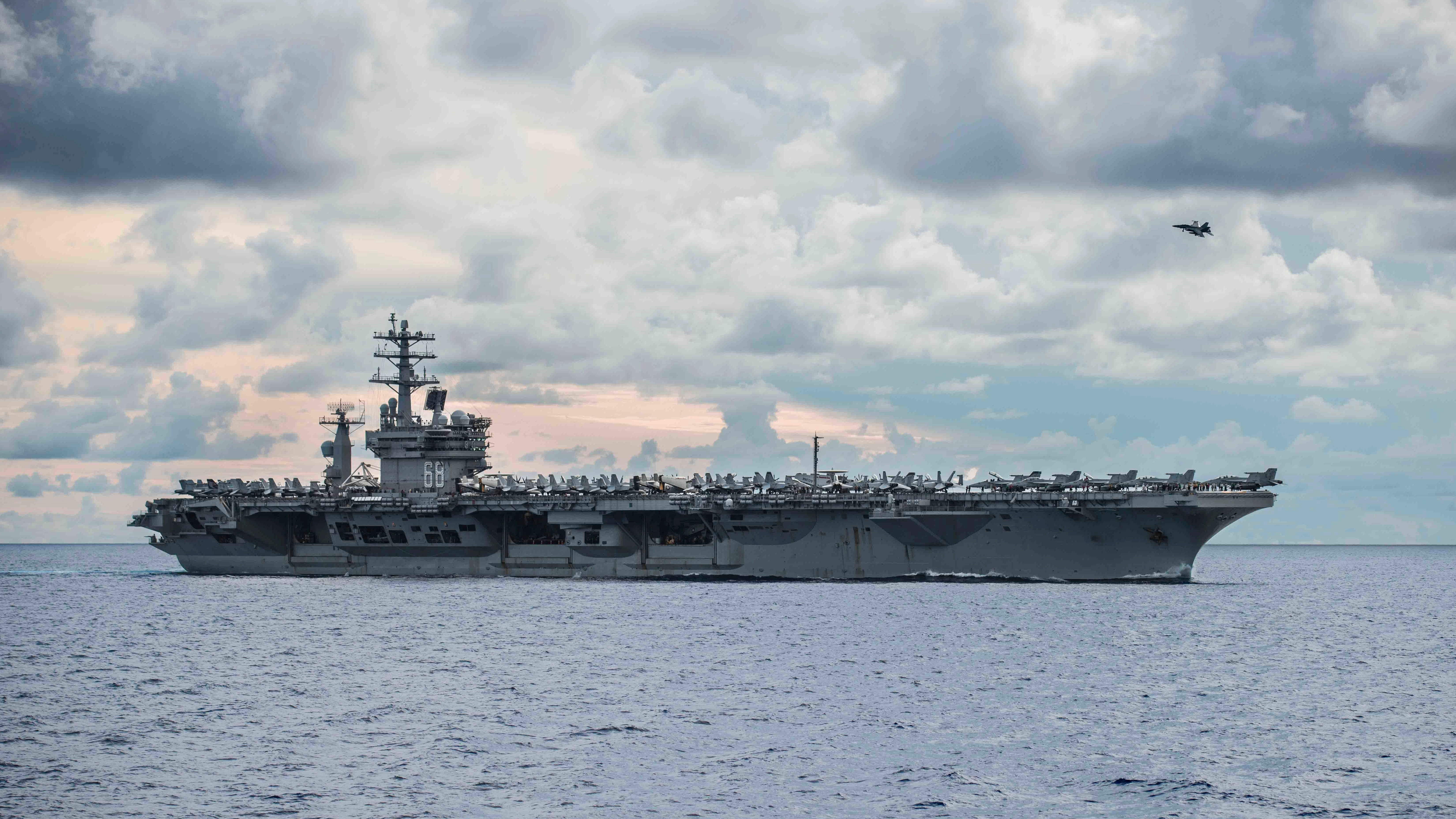 In this photo provided by U.S. Navy, USS Nimitz (CVN 68) steams alongside the Navy's only forward-deployed aircraft carrier USS Ronald Reagan (CVN 76, not in photo) in the South China Sea, July 6, 2020. /U.S. Navy

In this photo provided by U.S. Navy, USS Nimitz (CVN 68) steams alongside the Navy's only forward-deployed aircraft carrier USS Ronald Reagan (CVN 76, not in photo) in the South China Sea, July 6, 2020. /U.S. Navy

China has always supported the rights to freedom of navigation and flight in and over the South China Sea in accordance with international law. Such freedom has never been at risk. It is the United States that continues to playact as if it is. It has sent warship and bombers through the area constantly to make it look like it is showing strength, putting up a theatre show to make it look like China is seeking domination and the U.S. is acting as the "righteous" defender of freedom. Just on July 12, the Chinese People's Liberation Army had to expel a U.S. guided-missile destroyer after it trespassed into China's territorial waters near Xisha Island.

Ironically, while the U.S. is been bragging about righteousness and justice and Blinken talks about how China's rejecting international law or multilateralism, the U.S. itself is not a party and does not accept the UN Convention on the Law of the Sea. For the U.S., violating international law and rejecting multilateral institutions' resolutions or judgments are subjected to its own whims and wishes. It'd go to war and threaten the world with "either with us or against us" despite having not obtained any approval from the United Nations.

Speaking of war, Blinken's statement inherited U.S.' unabashed militarism. He declared that the U.S. would come to the Philippines' military aid if China attacked. Hypocritically, it was the U.S. who was once the Philippines' colonial master and one that still treats the country as such. President Duterte calls China a "benefactor" and a "friend." And the U.S.' rhetoric tries to sow suspicion between China and the Philippines and poison the relationship.

What's truly unfortunate is that the Biden administration is adopting his predecessors' hostility toward China's sovereignty issues. It is seeking to inflame passions and seed divisions. As long as the U.S. adopts such an attitude, South China Sea will forever be a flashpoint, and disagreements will never be solved.

If the countries in the region want to seek long-term resolution over these issues, then the U.S. cannot be a part of the discussion.