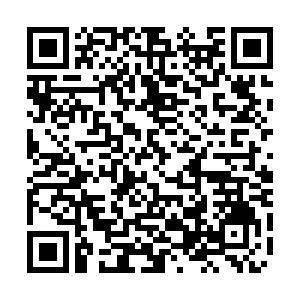 Chinese State Councilor and Foreign Minister Wang Yi met Turkmen President Gurbanguly Berdymukhamedov on Tuesday where he spoke highly of the sound and healthy development of bilateral ties, noting that mutual support is the most fundamental feature of the relationship.

Wang extended Chinese President Xi Jinping's greetings to Berdymukhamedov. Noting that next year will mark the 30th anniversary of the establishment of diplomatic ties between the two countries, Wang hailed the sound and healthy development of bilateral ties.

He stressed that the strategic guidance of the two leaders is the biggest advantage of the bilateral relations while mutual support is the fundamental feature of the ties. 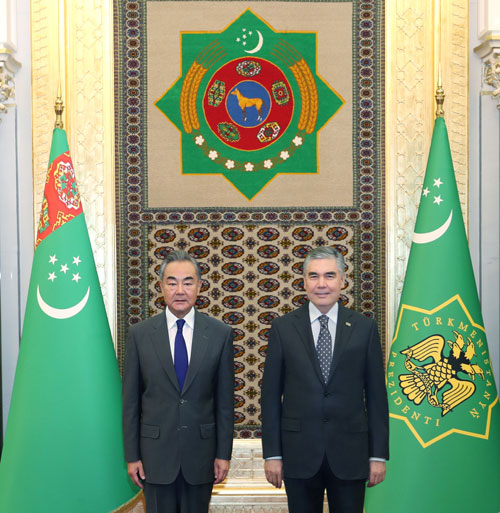 Reiterating China's support to Turkmenistan's permanent neutrality policy, Wang assured that China is ready to enhance cooperation in various fields with the Turkmen side so as to deepen the strategic partnership between the two countries.

The Chinese foreign minister called on the two sides to speed up the alignment of the Belt and Road Initiative (BRI) with Turkmenistan's development strategy to revive the great Silk Road to bring tangible benefits to the two peoples.

Speaking of the security situation in Central Asia, Wang highlighted the urgency and necessity of security cooperation between the two sides and vowed that China is ready to maintain close communication with the Turkmen side to tackle the possible spillover effect caused by situation in Afghanistan and to safeguard regional peace and stability jointly.

Berdymukhamedov, for his part, asked Wang to convey his greetings to President Xi. Meanwhile, the president also extended his congratulations on the 100th anniversary of the founding of the Communist Party of China (CPC). He spoke highly of the high-level political mutual respect between the two countries and reiterated Turkmenistan's commitment to one-China principle.

The Turkmen president called on the two countries to strengthen win-win cooperation, and said that he hopes to strengthen ties in renewable energy, communication and high-tech areas.

On the same day, Wang also met with Turkmen Deputy Prime Minister Serdar Berdymukhamedov, who is also the president of China-Turkmenistan Cooperation Committee.

The two sides agreed to work jointly to push forward the negotiation on natural gas cooperation and to expand cooperation on other aspects outside resources.

Pledging that China will continue providing vaccines for the Turkmen side, Wang hopes that through China-Turkmenistan Cooperation Committee, the two sides could achieve more fruitful results in such areas as trade, education, culture, science and healthcare.