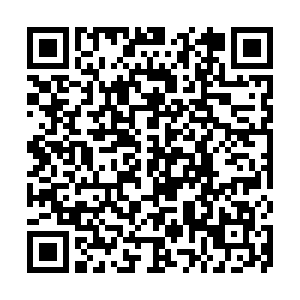 In the last decade since the establishment of strategic partnership between China and Ukraine, bilateral ties have maintained a healthy and stable momentum of development, Chinese President Xi Jinping stressed on Tuesday.

Xi made his remarks during a phone conversation with Ukrainian President Volodymyr Zelensky.

During the joint fight against the COVID-19 pandemic, the two sides have conducted vaccine cooperation, deepening the friendship between the two peoples, Xi said.

He added China is willing to work with Ukraine to promote traditional friendship, deepen mutual understanding and strengthen practical cooperation.

Xi also called for taking next year's 30th anniversary of the establishment of diplomatic ties as an opportunity to actively promote China-Ukraine relations and helping the two countries better achieve their respective development goals.

Amid COVID-19 resurgence, Xi told Zelensky only by uniting and cooperating can the international community defeat this pandemic.

The two sides should take building high-quality Belt and Road Initiative (BRI) as an opportunity to promote cooperation in areas such as infrastructure, China-Europe freight-train, agricultural products and humanities exchanges.

Extending his congratulations on 100th anniversary of the founding of the Communist Party of China (CPC), Zelensky wished CPC leads the Chinese people to greater achievements.

The Ukrainian president also expressed his gratitude to China for its sincere help during the pandemic, saying China played an important role in Ukraine's fight against the COVID-19.

The Ukrainian side firmly pursues the one-China policy, Zelensky noted, adding his country is willing to promote exchanges and cooperation with the Chinese side in various fields.