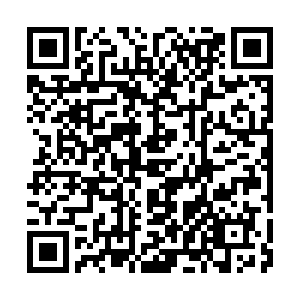 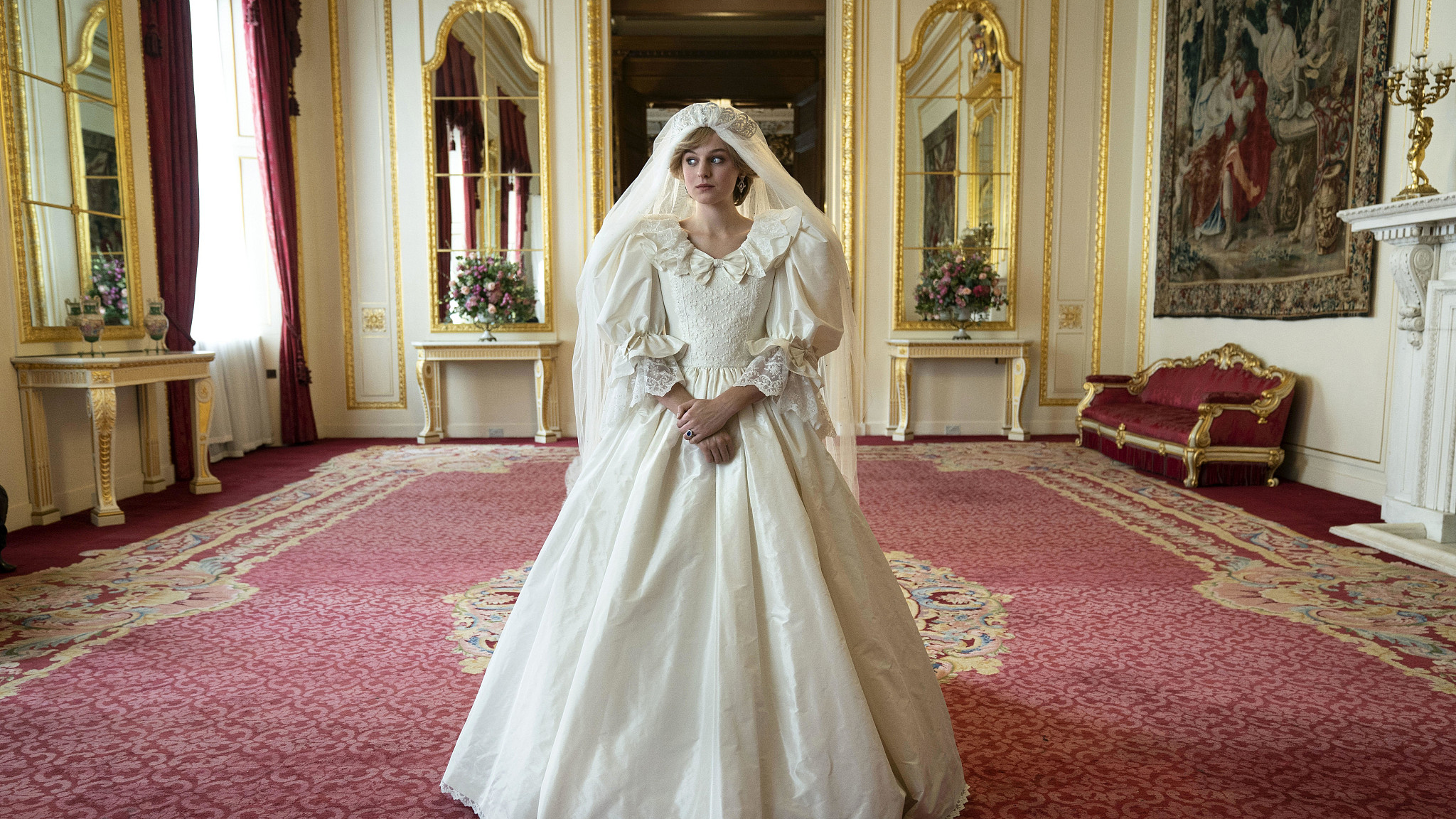 Disney+'s "Star Wars" series "The Mandalorian" on Tuesday tied for the most Emmy nominations with Netflix royal drama "The Crown" at 24, as the Mouse House stormed television's version of the Oscars.

Apple TV+, another streamer in its sophomore year, topped the comedy categories with "Ted Lasso" on 20, while NBC sketch comedy series "Saturday Night Live," a perennial Emmys favorite, extended its all-time record number of nominations to 306 with 21 new nods.

The 73rd Emmy Awards will be handed out at a live, in-person ceremony in Los Angeles broadcast by CBS on September 19.

The show – set to feature a "limited audience of nominees and their guests" – will mark a welcome return to some normality. Last year's edition was broadcast from an empty theater, with winners beaming in via video call.

Hosted by U.S. actor-comedian Cedric the Entertainer, the gala will honor the best in television from a unique, pandemic-plagued year in which producers struggled to film under tight COVID-19 restrictions.

Like the rest of us, the Television Academy's 25,000 voters spent several months stuck at home, leaving them ample time to sift through a stripped-down selection of series from their sofas.

Disney+ increased its share of Emmy nominations from 19 in its debut year to a whopping 71 this time.

Combined with the parent company's other platforms such as ABC and Hulu, Disney topped the overall nominations with 146.

"The Mandalorian" and "The Crown" will compete for best drama against Hulu's dystopian drama "The Handmaid's Tale," which scored 21 nods, and the likes of Netflix's buzzy period rom-com "Bridgerton."

Season two of "The Mandalorian," a space-set neo-Western spun off from the wildly popular sci-fi "Star Wars" films, scored strongly across technical categories, in addition to multiple acting nominations for the likes of Giancarlo Esposito – though sadly Baby Yoda was not eligible.

All three previous seasons of monarchy saga "The Crown" have been nominated for best drama series, but the show – like all other Netflix dramas – has never won the top prize. 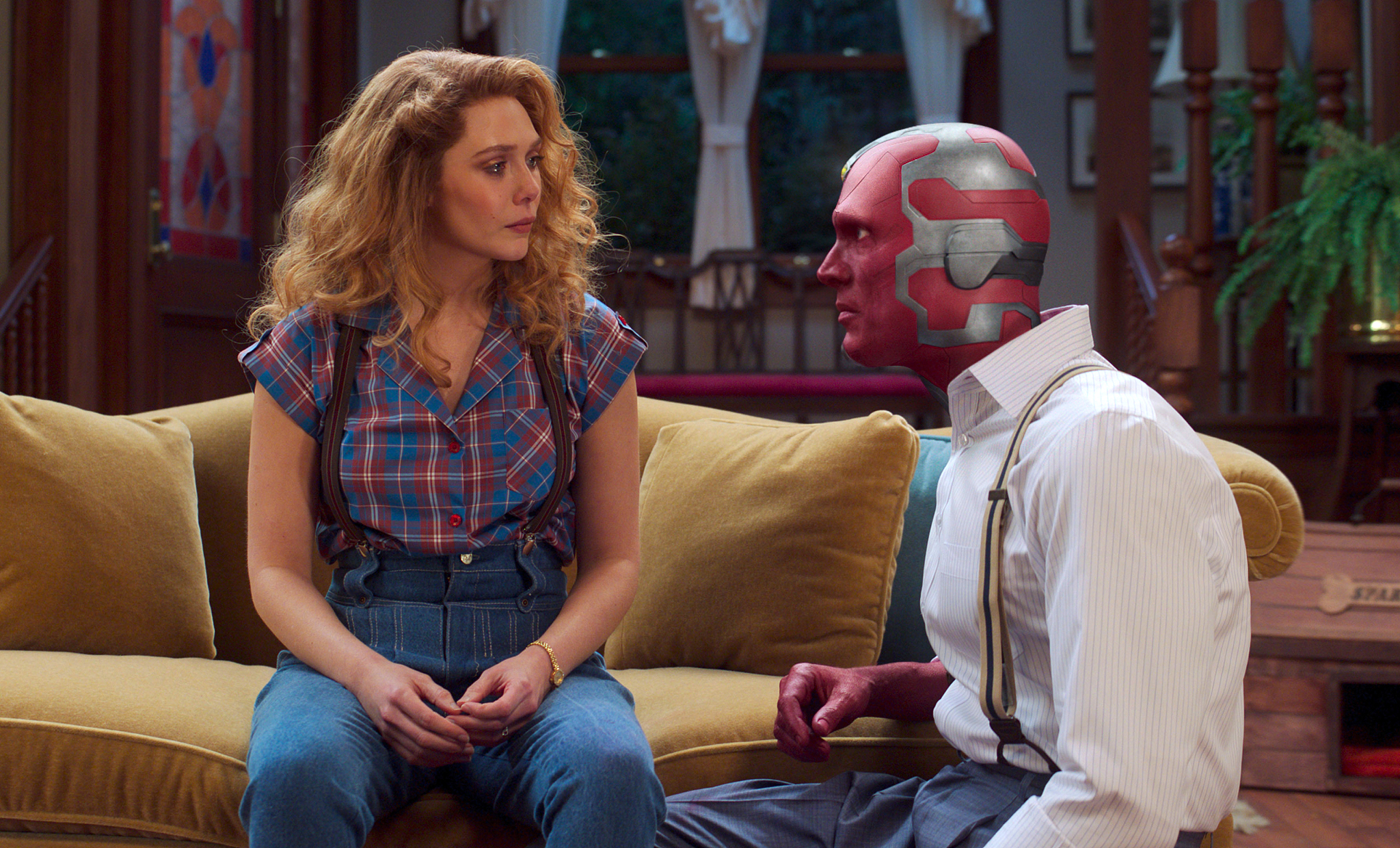 A still of the Marvel superhero spin-off "WandaVision." /CFP

A still of the Marvel superhero spin-off "WandaVision." /CFP

"Ted Lasso" – about a hapless American football coach thrust into English soccer – is the hot favorite to win best comedy series, where Michael Douglas's "The Kominsky Method" is the sole comedy nominee from last year again in the running.

The Academy sprung a surprise by nominating "Emily in Paris" for best comedy, just five months after Golden Globes voters were ridiculed for recognizing the cliche-ridden Netflix comedy.

"'Emily in Paris' is barely a comedy and barely a TV show and 'Best Parisian Travelogue' isn't even an Emmy category," wrote The Hollywood Reporter's Daniel Feinberg, as the nomination spawned incredulous memes on social media.

Elsewhere, the limited series field has arguably the most competitive and prestigious lineup of all, making the success of Disney+'s Marvel series "WandaVision" all the more impressive.

It will compete with shows including Kate Winslet's small-town murder mystery "Mare of Easttown," and the Barry Jenkins-directed slavery tale "The Underground Railroad."

There however was no place for Steve McQueen's acclaimed immigrant anthology "Small Axe," or A-listers Nicole Kidman and Ethan Hawke for their roles in "The Undoing" and "The Good Lord Bird," respectively.

And it is not the only superhero show gatecrashing the Emmys – fellow Marvel series "The Falcon and the Winter Soldier" bagged five nominations, including for guest star Don Cheadle, as did Amazon Prime Video's "The Boys."