Download
Graphics: Who are the Chinese students that bear the brunt of U.S. visa restrictions? 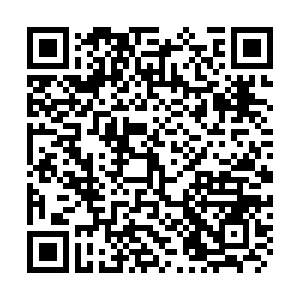 "Me, undergraduate, computer science (CS) major, my student visa application for U.S. CS master's has been checked. Does it mean I will soon get rejected, considering that my research is related to artificial intelligence and security? Need your advice!"

This is just one of over 3,000 messages related to visa applications that have been posted on "1point3acres," an online community of Chinese students in the U.S. In a sub-section named #DevilCheck#, thousands of students with science and engineering backgrounds shared similar experiences while desperately awaiting the renewal of their visa applications.

For many of them, the results are bound to be disappointing.

Last week, over 500 Chinese science, technology, engineering and mathematics (STEM) students reportedly received visa rejections, even though most of them got offers from top U.S. universities.

Earlier, a report released by Georgetown University estimated that roughly 3,000 to 5,000 Chinese students are blocked from studying STEM subjects in the U.S. each year. 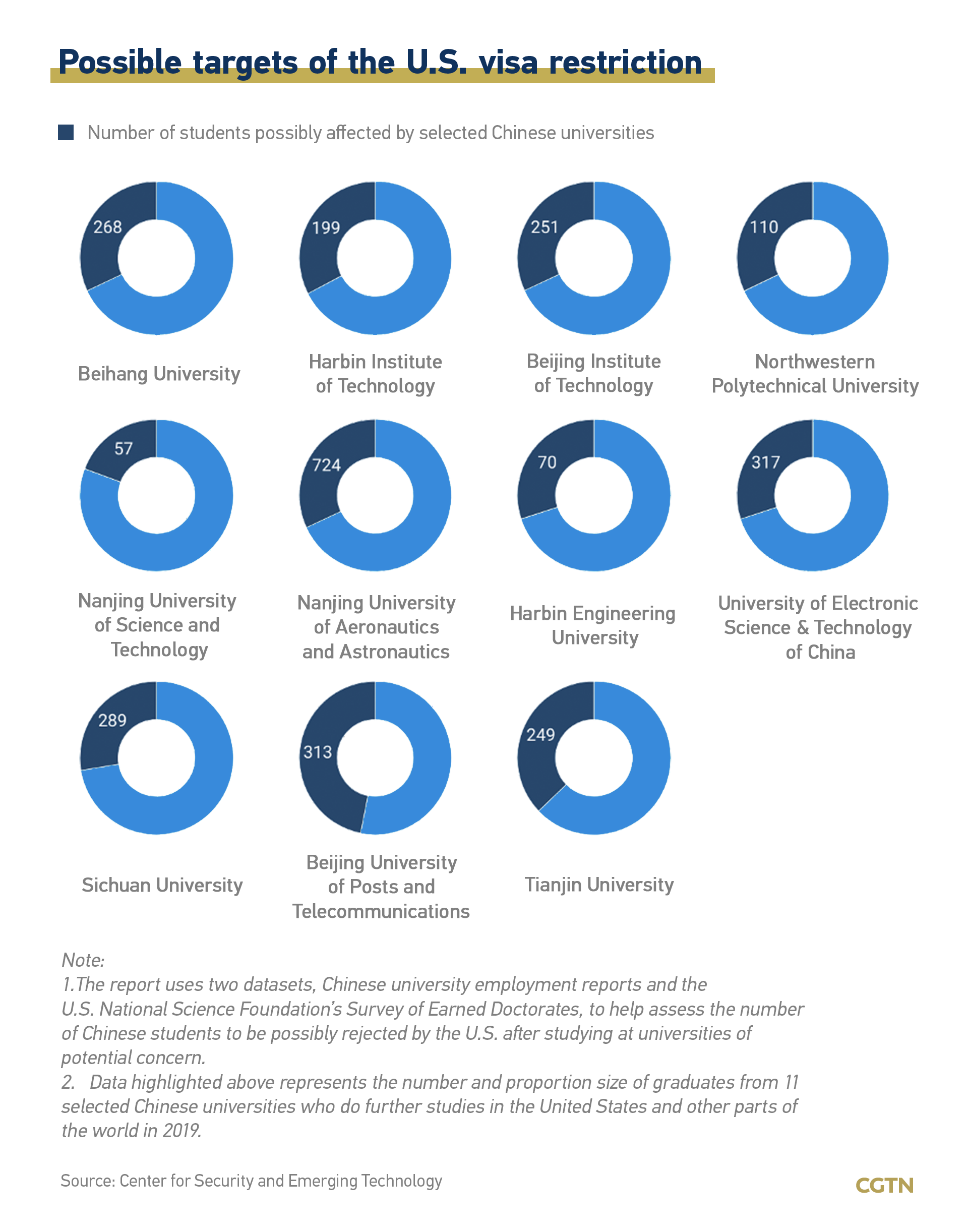 Undergraduates from 11 Chinese universities the U.S. government believes have connections with China's military-civilian integration strategy are likely the targets, according to the report. 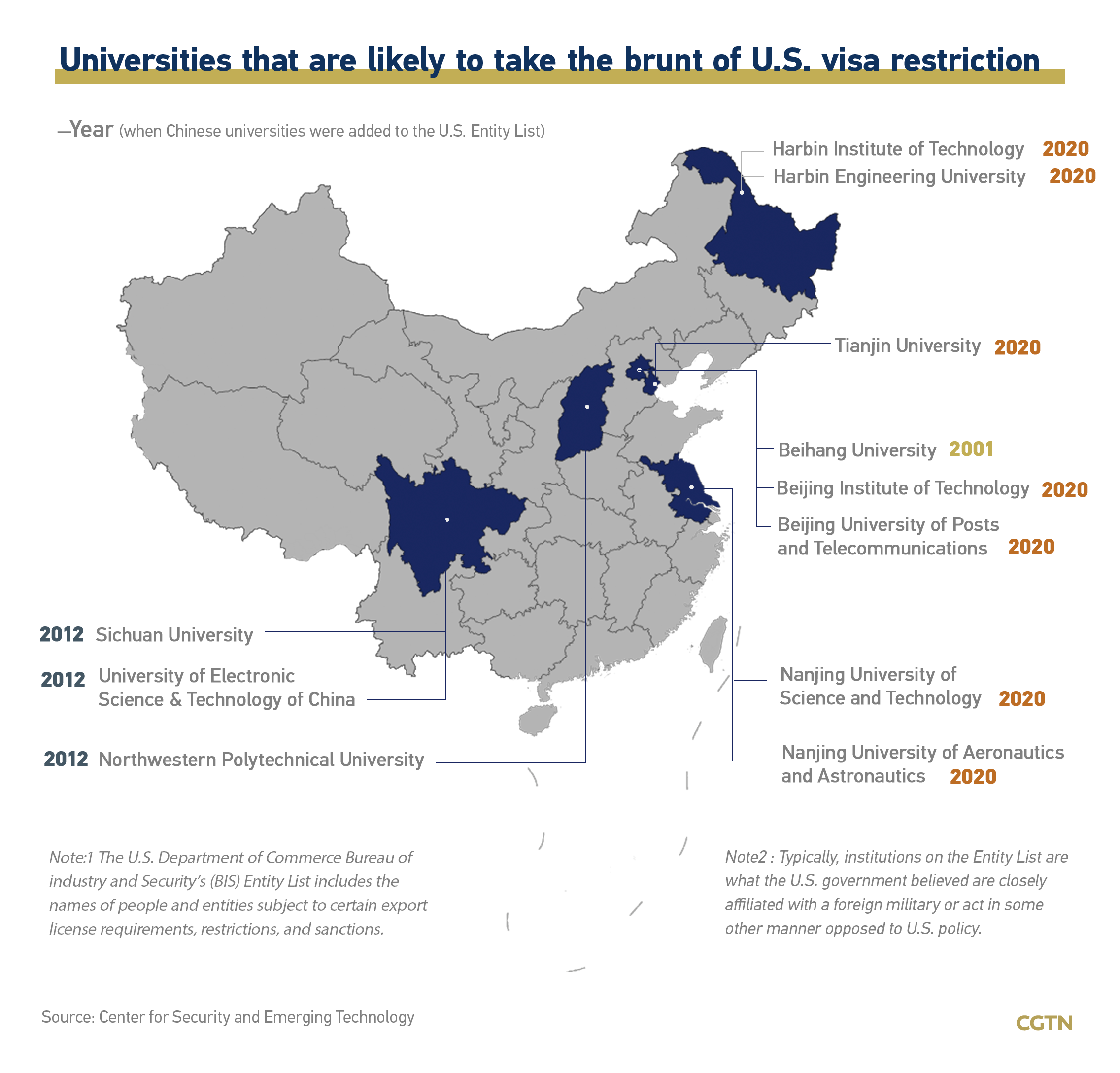 The graduates of those universities annually projected account for 16 to 27 percent of the roughly 19,000 Chinese seeking enrollment in U.S. STEM postgraduate programs each year, although the U.S. government said only a small number of applicants would be affected.

Visa applications for Chinese STEM students have been tightened since former U.S. President Donald Trump took office. The situation was heightened when the White House issued a new visa policy last May.

Known as the Proclamation on the Suspension of Entry as Nonimmigrants of Certain Students and Researchers from China, the policy bars Chinese graduate students and researchers from receiving certain types of visas if they are defined as being related to China's military-civilian integration strategy.

Although the report indicates that the U.S. government is unlikely to release the precise list of study areas to avoid circumvention by China, open records and media reports suggest the subjects often fall within STEM majors, such as mathematics, statistics, computer science, engineering, life sciences and physical sciences. 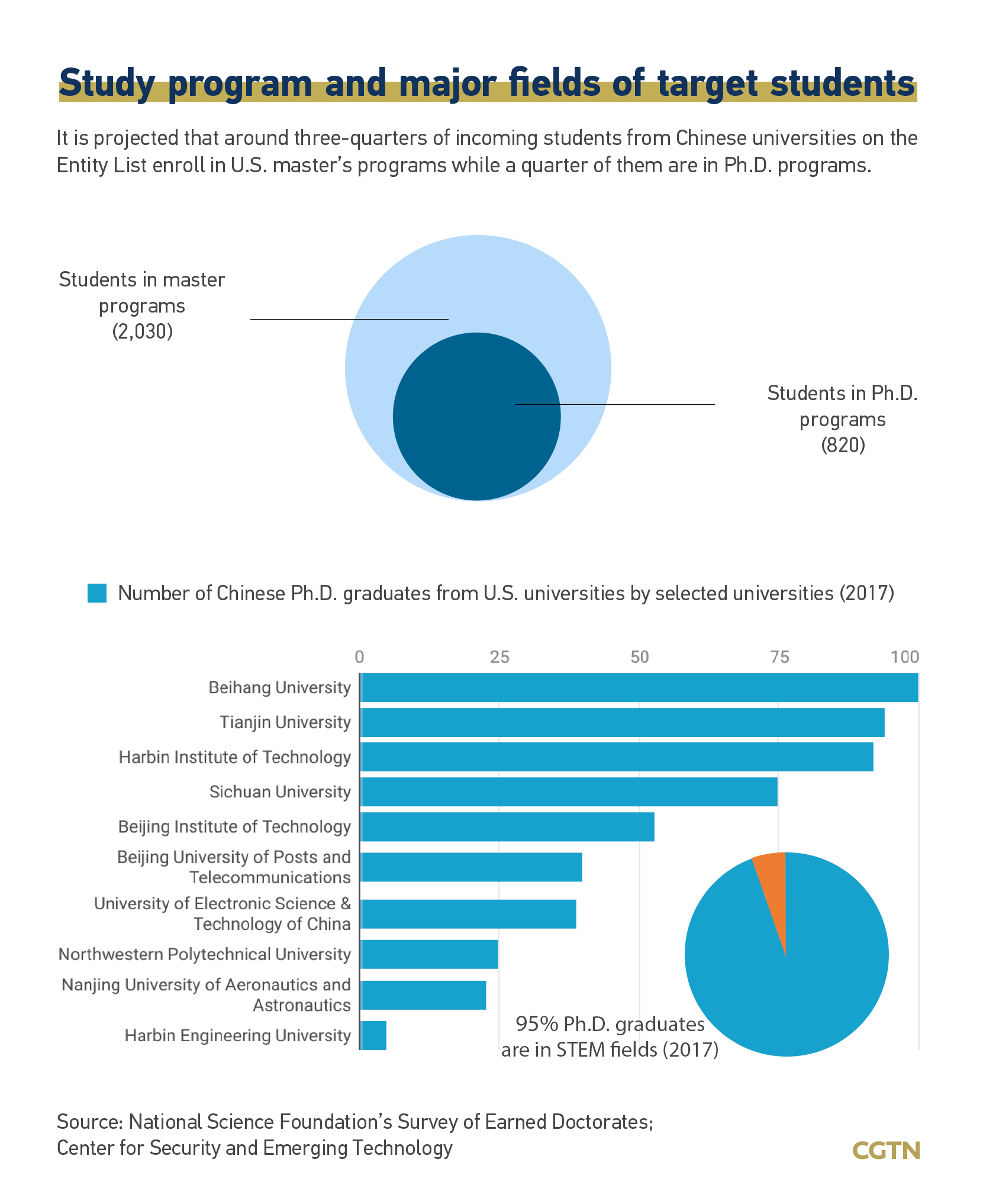 The affected student numbers are just estimates. Considering that items in the proclamation are vaguely and broadly defined, the scale of students impacted would be much larger, the report suggested.

Earlier, Anja Manuel and Kathleen Hicks, two U.S. scholars, also warned about the impact, saying that encouraging a substantial brain drain from the United States to China or other markets seeking to attract the best and the brightest will only undermine U.S. competitiveness.

Chinese Foreign Ministry spokesperson Zhao Lijian last week urged the U.S. side to stop baseless suppression of international students, calling for a good environment for communication and cooperation between the two nations.