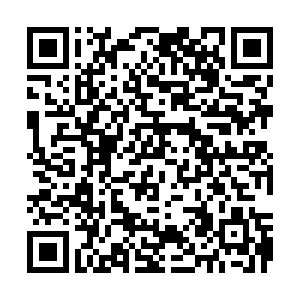 The white paper, titled "Respecting and Protecting the Rights of All Ethnic Groups in Xinjiang," said the Communist Party of China and the Chinese government have upheld a people-centered approach to human rights protection, and Xinjiang has made steady progress in this regard over the past 70-plus years. 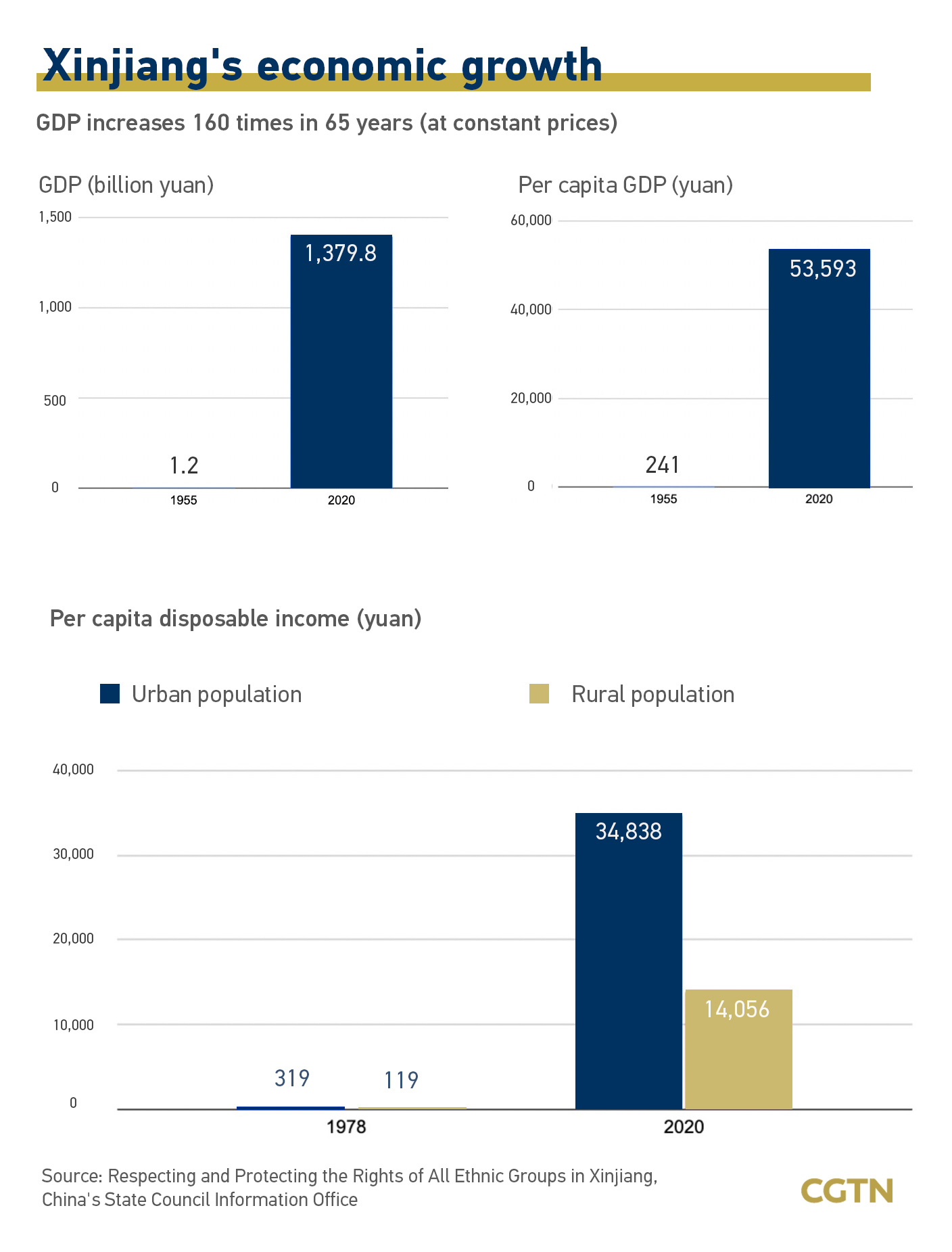 By the end of last year, more than 2.7 million rural people in Xinjiang living below the current poverty line had emerged from poverty, thus eradicating extreme poverty.

The actual coverage of basic old-age insurance for urban and rural residents now stands above 95 percent.

Thanks to the markedly improved health services, the average life expectancy of residents grew from 30 years in 1949 to 74.7 years in 2019. Free annual health checkups are offered for every resident, and all villages have doctors, the white paper said. 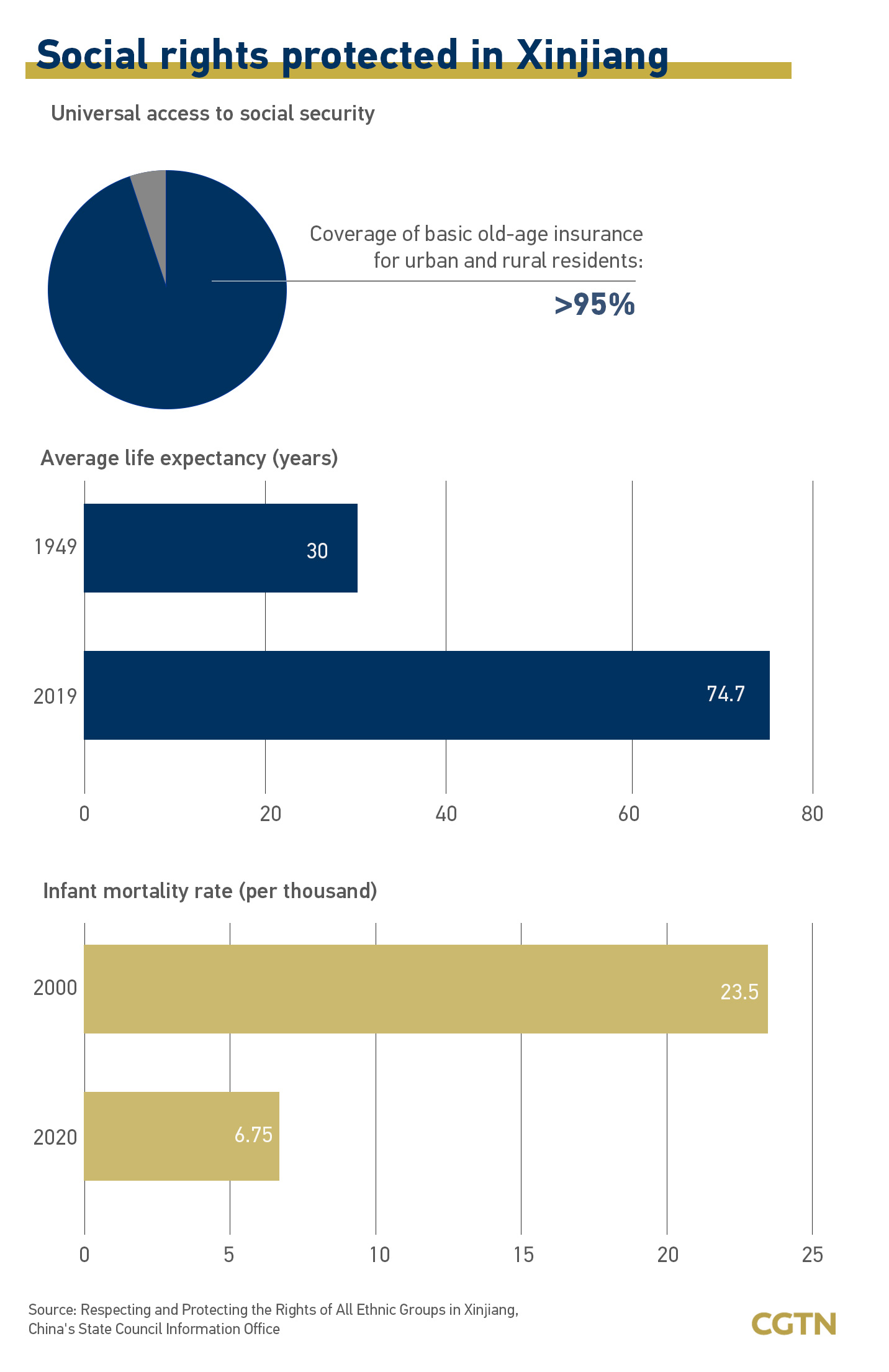 The right to work and education are also fully protected. 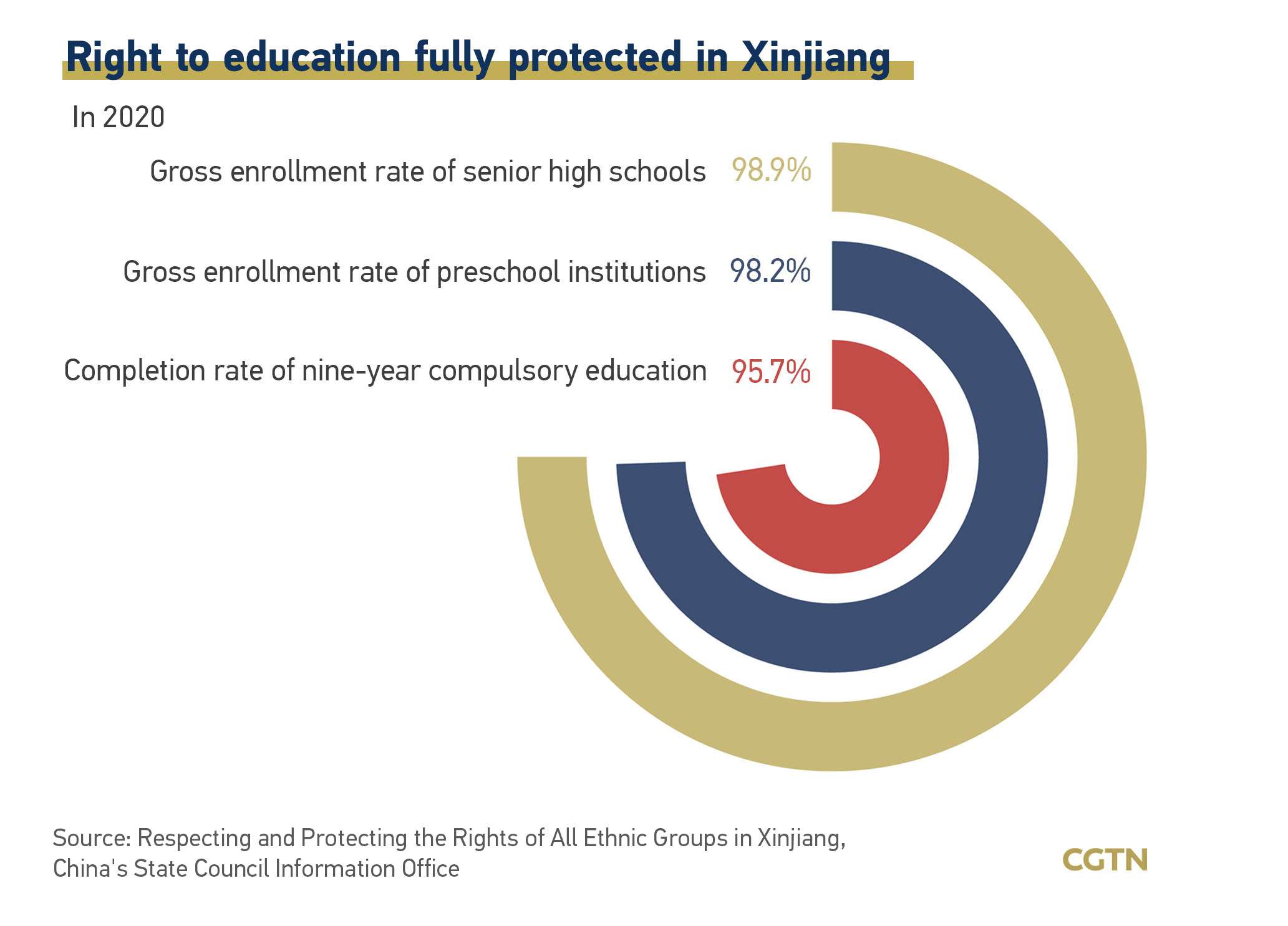 "All ethnic groups in Xinjiang, regardless of their population, history, development level and customs, have equal status," said the white paper.

All the autonomous areas fully exercise the power to govern their local affairs and participate as equals in the administration of state affairs.

Members of ethnic minority groups make up over 60 percent of Xinjiang's regional legislators. 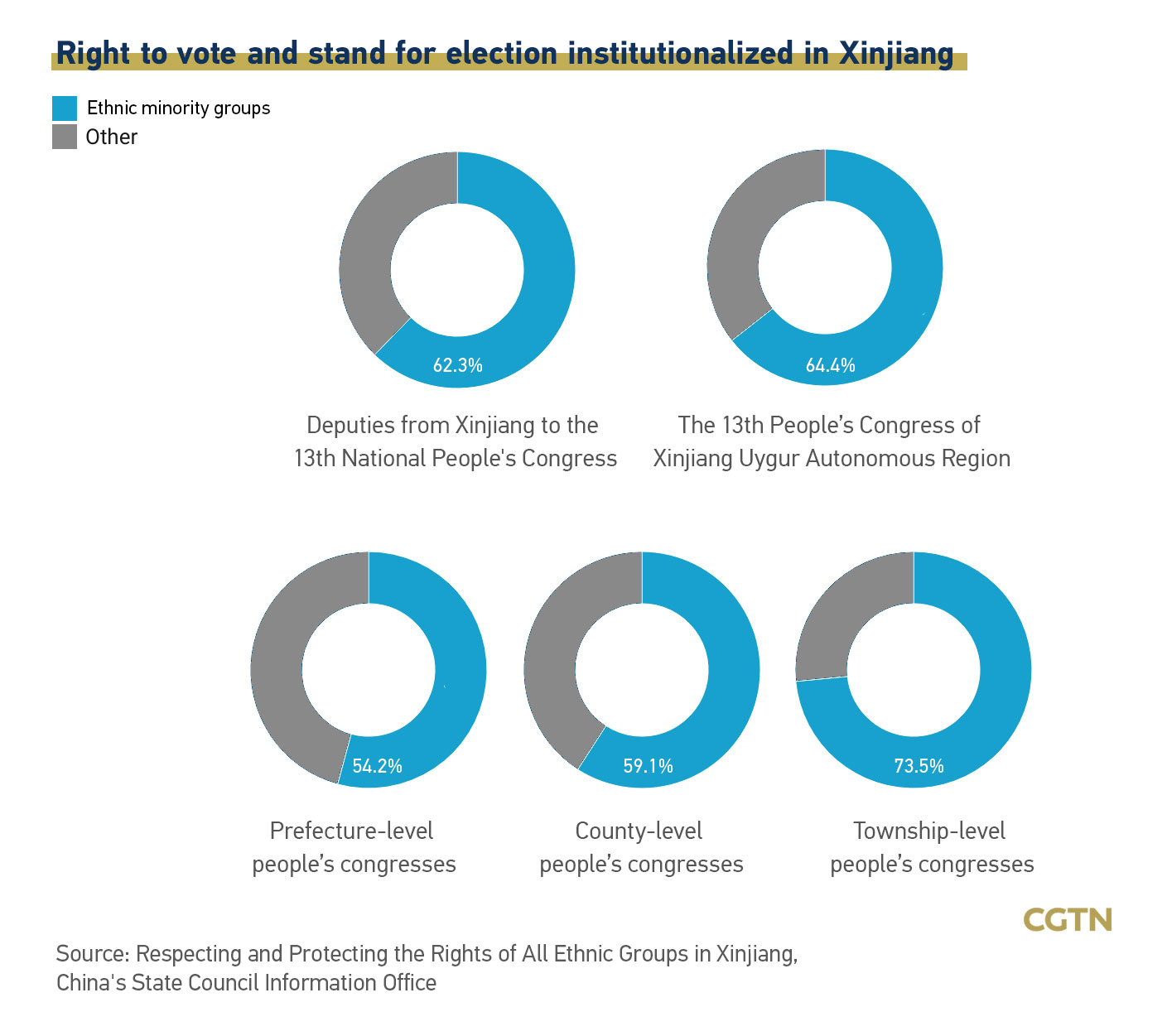 In Xinjiang, the diversity of spoken and written languages is ensured, and the freedom of religious belief is guaranteed by law.

Currently, more than 10 spoken and written languages are used among its ethnic groups. There are also 133 key cultural heritage sites under state protection.

"The ethnic groups in Xinjiang unite and work together to achieve common development and prosperity. The political, economic, social, cultural, and many other rights of the people of every ethnic group are effectively guaranteed," said the document.

Thanks to the counter-terror effects, the infiltration of extremism has been effectively curbed in Xinjiang, where thousands of terrorist acts were once plotted and carried out, resulting in the deaths of large numbers of innocent civilians and hundreds of police officers.

There has been no terrorist incident in the region since the end of 2016.

Xinjiang is now a stable and orderly society, where the local ethnic groups live in mutual harmony and peace. "It is experiencing an optimal period of development," the document said.

As Xinjiang has achieved moderate prosperity in all respects together with the rest of the country and embarked on a new journey of building China into a modern socialist country, all the people of Xinjiang will enjoy a happier and more prosperous life, the document said.