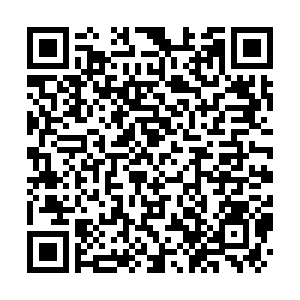 Chinese State Councilor and Foreign Minister Wang Yi on Wednesday called for more effort in promoting the healthy and stable development of the Shanghai Cooperation Organization (SCO) as 2021 marks the 20th anniversary of the organization.

He made the remarks during a meeting of the Council of Ministers of Foreign Affairs of the SCO in Dushanbe, Tajikistan.

Noting that the SCO has created a new model of cooperation featuring solidarity and collaboration among countries with different social systems and development paths, Wang made several proposals for the further development of the organization. 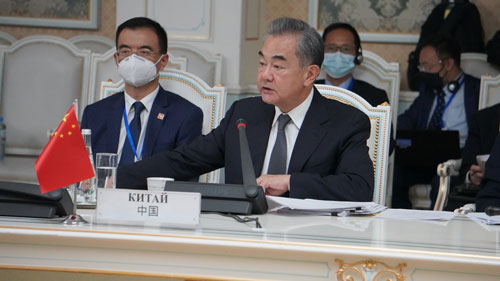 Chinese State Councilor and Foreign Minister Wang Yi attends a meeting of the Council of Ministers of Foreign Affairs of the SCO in Dushanbe, Tajikistan, July 14, 2021. /Chinese Foreign Ministry

Chinese State Councilor and Foreign Minister Wang Yi attends a meeting of the Council of Ministers of Foreign Affairs of the SCO in Dushanbe, Tajikistan, July 14, 2021. /Chinese Foreign Ministry

Wang stressed that member states should unite to promote cooperation and properly handle differences through dialogue and consultation.

He said to set an example for the international community in exploring a new type of international relations, the member states should firmly support each other on issues concerning each other's core interests and major concerns, adding that they should cooperate closely in the face of external interference and challenges.

Sustainable security concept to maintain peace in the region

To crack down on terrorist forces designated by the UN Security Council, such as the "three evil forces" of terrorism, extremism and separatism, and the East Turkistan Islamic Movement, Wang stressed upholding the common, comprehensive, cooperative and sustainable security concept.

He said cooperation should be deepened in drug control, border defense and security, as well as coordinating positions and actions on major issues such as data security, biosafety and outer space security.

Noting the Global Initiative on Data Security proposed by China, Wang said China is willing to work with the other member states to build a peaceful, secure, open and cooperative cyberspace.

On the fight against COVID-19, Wang stressed opposing "vaccine nationalism" to solve the problems of insufficient production capacity and an unbalanced distribution of COVID-19 vaccines.

Highlighting virus origin-tracing is a most serious scientific issue, he said, opposing using the issue of traceability to smear and attack other countries.

As for promoting economic recovery, Wang suggested advancing trade and investment liberalization and facilitation, promoting jointly building the Belt and Road, improving connectivity among countries in the region, and strengthening cooperation in science, technology and innovation.

Calling for building a community of shared future for mankind, the Chinese foreign minister said all progressive forces around the world should resist certain countries putting unilateralism and bullying practices above the basic norms of international relations.

The other foreign ministers spoke highly of the achievements made by the SCO during the past 20 years and agreed to deepen cooperation in politics, security, medical and health care, economy and trade, culture, science and technology, and environmental protection.

The meeting made comprehensive preparations for the SCO Summit to be held in September and adopted a press communique.