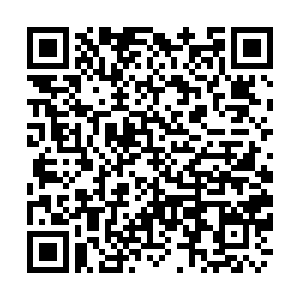 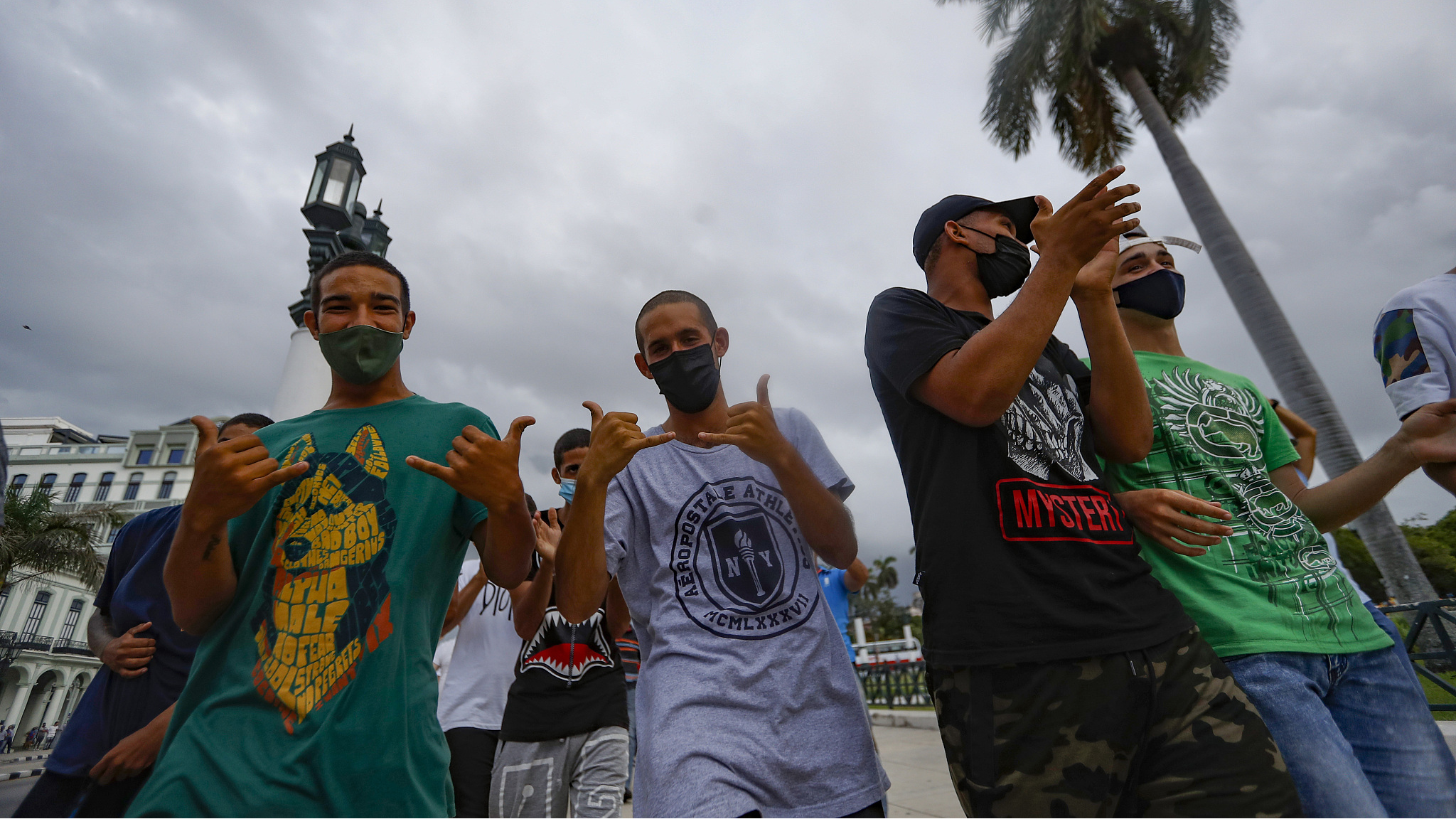 Editor's note: Bobby Naderi is a London-based journalist, guest contributor in print, radio and television, and documentary filmmaker. The article reflects the author's opinions and are not necessarily the views of CGTN.

U.S. President Joe Biden has released a statement throwing his "support" behind protesters in Cuba. His hypocritical and cynical rhetoric came after thousands of Cubans took to the streets during the weekend to express outrage over the country's dire economic crisis and handling of the pandemic.

While Biden claims the U.S. "stands" with the people of Cuba, his administration is still enforcing the decades-old trade embargo despite international calls to end it as it also targets ordinary Cubans, including restricting crucial remittances in the middle of a pandemic.

We all remember how the Obama administration took some steps to normalize relations with Cuba, but since the embargo wasn't fully lifted, former President Donald Trump was able to reverse the measures. As a candidate, Biden pledged to renew engagement with Cuba and roll back sanctions. But so far, all of the illegal sanctions that have contributed to food and medicine shortages and the economic crisis are still in effect.

Little wonder no one is buying Biden's crocodile tears for the people of Cuba. He appears like an angel until you hear him speak. His Cuba policy of "economic asphyxiation" has so far effectively been a continuation of Trump's, with the White House saying it is not among Biden's top priorities.

And the sanctions are never just about the Cuban government, either. It's the opposite; the embargo surely hurts innocent Cubans far more than any government official. It is designed to discourage people from continuing their support for the establishment, stop Cuba's greater economic and security cooperation with other nations amid the global pandemic, and affect regime operation by supporting proxies inside the country.

To that end, U.S. sanctions have become a criminal way of doing Cuba policy, though the human costs are often really quite terrible. They include food and medicine shortages, which is why the world community condemns the pointless and unjustified measures in the strongest terms. The tough measures have nothing to do with Cuba's alleged human rights violations and everything to do with its renouncing U.S. imperialism.

It is the part of history where greedy U.S. corporations capitalized on the destruction left behind by Cuba's war for independence from Spain, buying up land and taking over much of the island's lucrative sugar industry. Fidel Castro came on the scene with plans to overthrow U.S.-backed dictator Fulgencio Batista, and he was successful because that grim history of American exploitation and imperialism helped make the socialist revolution popular. 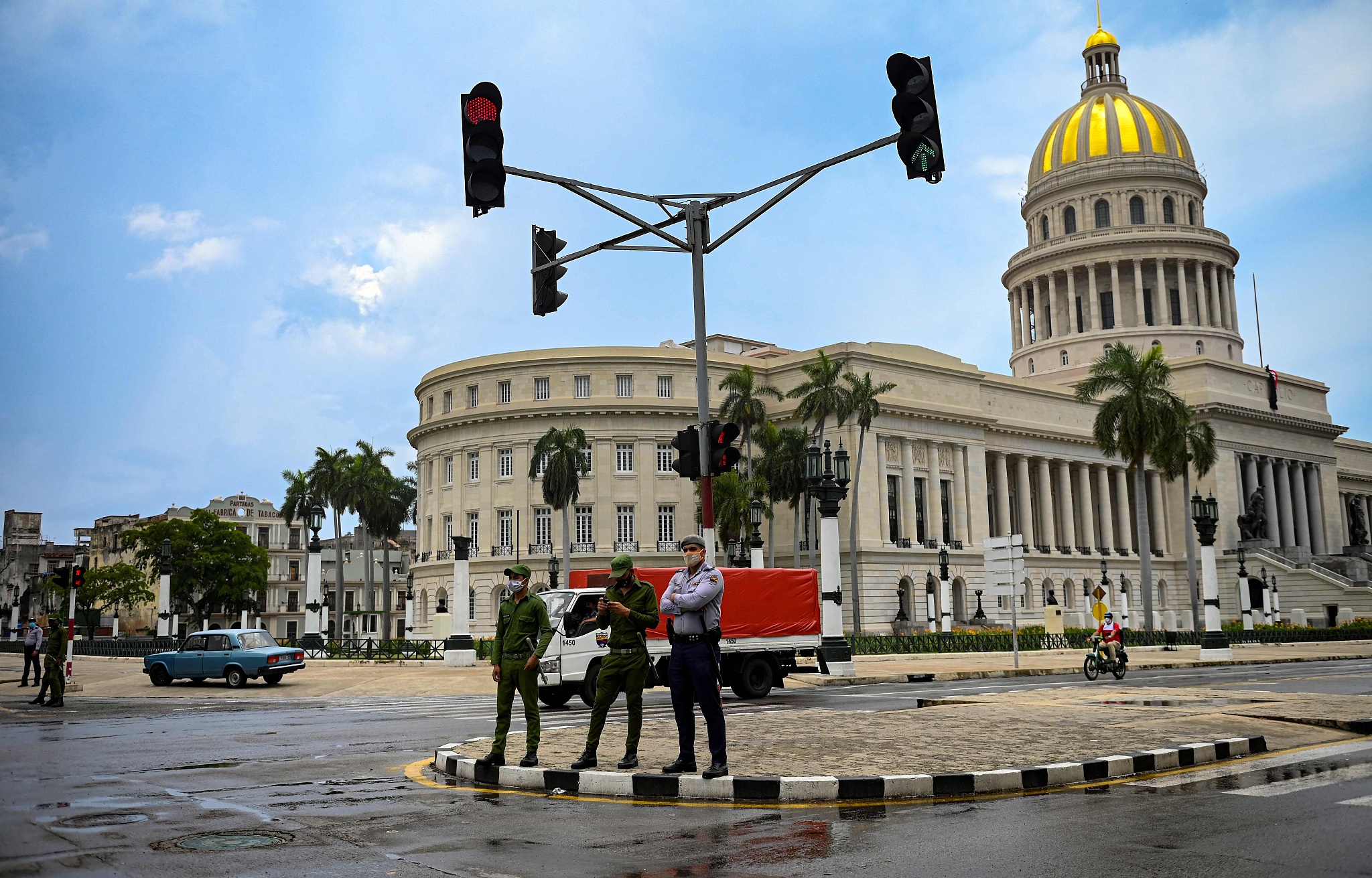 The story tells you a lot about who those behind the continuing embargo really are. Their illegal measures have the prospect of creating such a marked array of civilian suffering. The foreign policy establishment on Capitol Hill never shies away from creating potential social unrest in Cuba, and all this under Biden's presidency and his benighted crew. They can keep the embargo in place, but they are wrong to assume the people of Cuba will get on board. They cannot hide their international isolation either.

As maintained by Cuban President Miguel Diaz-Canel, U.S. sanctions and meddling are behind the country's current demonstrations. On the same token, Cuba needs to climb out of recession and pandemic amid continuing U.S. hostilities. The embargo regime has forced the country to reduce dependence on U.S. exports. It equally has made clear that the Biden administration's decision to keep the embargo on Cuba will only make the U.S. more isolated on the international stage.

In this time of globalization and multilateralism, the U.S. government has no right to use sanctions against Cuba beyond the fundamental norms of international law. It is criminal to wield the embargo weapon amid the pandemic. These counterproductive efforts, which lack legal justification and international support, might have serious impacts on Cuba and its response to the pandemic. But they have had a far greater impact on the world's public opinion about the U.S.

The embargo won't prove any more satisfactory in offering a strategic advantage to Biden and his crew. As with any application of force, the continuing use of the embargo against Cuba will fail to a great extent. This is because Cuba has been there for decades and because it entails global condemnation for the U.S. government. The United Nations has voted overwhelmingly to call on the U.S. to lift the embargo.

If anything, Cuba's government came to power through a popular revolution that still has a significant base of support among its people. Understanding the real reasons behind the sinister embargo regime and baseless accusations regarding human rights can help us understand better why the American imperialists refuse to normalize trade ties with Cuba and why they don't treat it as a sovereign nation. They are unable to end the economic warfare against Havana because they are addicted to sanctions and the blinding power of ideology and unilateralism.