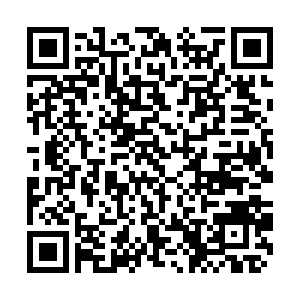 The two ministers held a meeting in Tajikistan on Wednesday.

Both sides agreed to promote the bilateral relationship which is at a low level currently.

Noting the Chinese and Indian frontline troops at the Galwan Valley and Pangong Tso Lake region have disengaged since last September, Wang said the overall situation at the China-India boundary is tending to de-escalate.

While he pointed out bilateral ties are still hovering at a low point, which is not in the interest of either side.

"The China-India relationship is essentially about how the world's two largest developing countries view each other, get along and help each other succeed," said Wang.

He also told his Indian counterpart that China adheres to the strategic judgement that China and India pose no threat to each other and are each other's development opportunities.

From Wang's perspective, Sino-Indian interaction should still be cooperation-led, mutually beneficial and complementary, with healthy competition and avoidance of confrontation.

Saying both China and India bear more important responsibilities for peace and prosperity in their respective regions and the world, the Chinese foreign minister called on the two sides to pay more attention to their common strategic interests for the betterment of their peoples.

"The rights and wrongs of what happened in the border area last year are clear and the responsibility does not lie with the Chinese side," Wang reiterated, adding that China is willing to seek mutually acceptable solutions with the Indian side through negotiations and consultations on issues that urgently need addressing.

Wang also urged the two sides to put the border issue in a proper place while creating favorable conditions for negotiated settlement of differences by expanding the positive aspects of bilateral cooperation.

He noted the both sides should solidify the disengagement results strictly follow the agreement and consensus reached by the two sides, refrain from any unilateral actions in sensitive disputed areas, and prevent the situation being repeated due to misperception and miscalculation.

"We should focus on the long term, gradually shift from emergency handling to normalized control, and prevent unnecessary interference in bilateral relations caused by border-related incidents," Wang said.

Agreed with Wang's basic judgment on China-India relations, Jaishankar stressed that as two large developing countries, the two sides have a lot in common and should strengthen cooperation in many fields.

India has not and does not want to change its strategic judgment on India-China relations, the Indian foreign minister said, adding that his country is willing to work together with China to push bilateral relations out of the trough.

He also agreed that the two countries should find a solution to the border issue through dialogue and consultation that is in the interest of both sides, while both should ensure that no unilateral action is taken to avoid complicating the situation.

Jaishankar thanked China for its support to India in hosting the BRICS event.