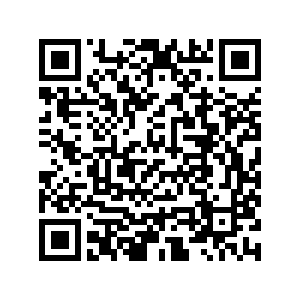 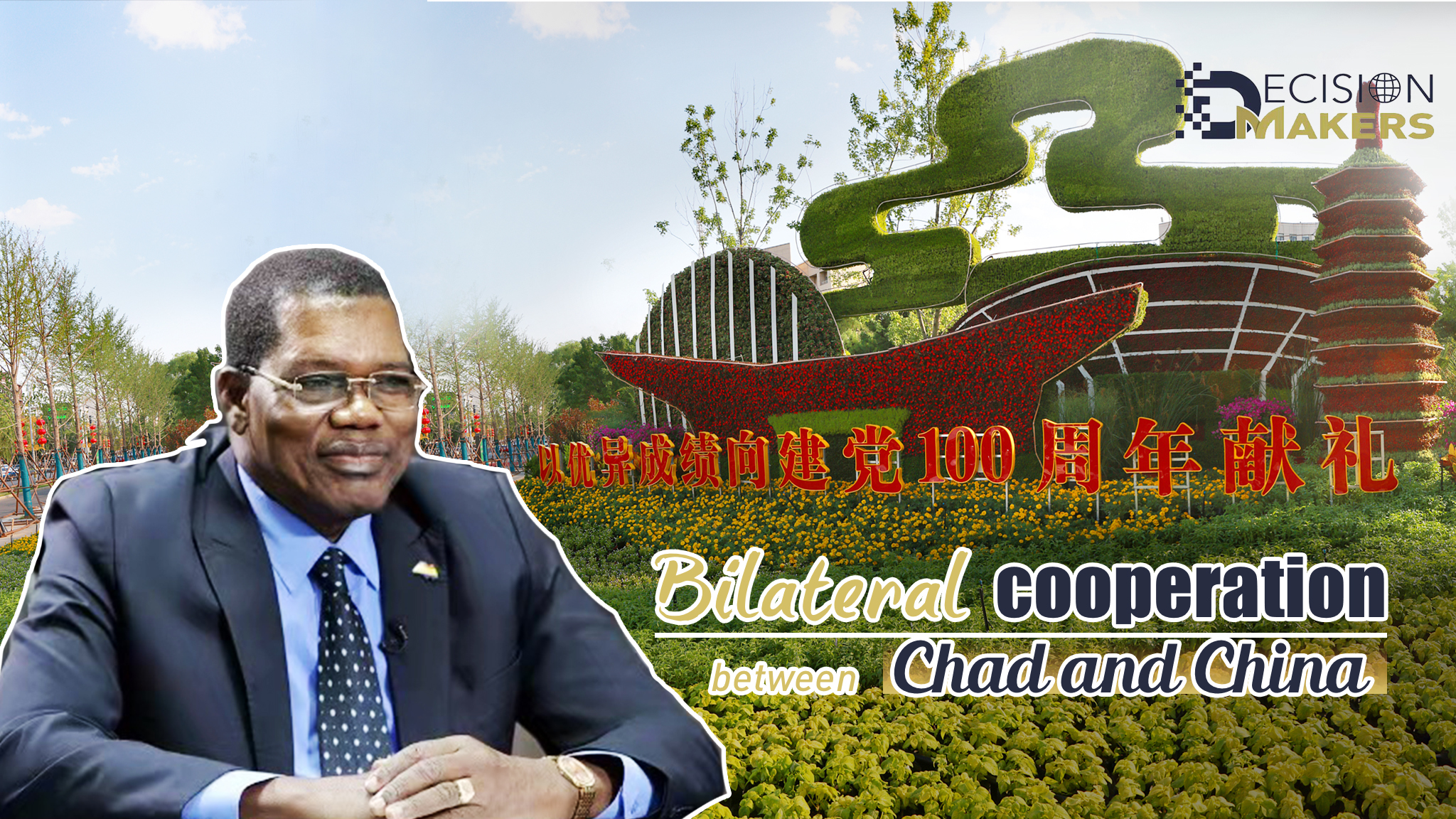 Editor's note: Decision Makers is a global platform for decision makers to share their insights on events shaping today's world. Maitine Djoumbe is Chad's ambassador to China. The article reflects the author's opinions and not necessarily the views of CGTN.

This year marks the centenary of the founding of the Communist Party of China (CPC). I would like to take this opportunity to congratulate the Chinese people who, for 100 years, have remained mobilized and united behind their leaders to make the New China a respected and respectable country. Of course, all these achievements could not be gained without the strength of the CPC.

Chinese President Xi Jinping's speech on July 1 contains several important elements in domestic and foreign policy, some of which could hardly go unnoticed by an observer like me.

I remember in this speech the place of choice given to the Chinese people: hence the word "people" is cited more than 80 times in this speech. Indeed, for the sake of its people, the CPC has succeeded in building up a moderately prosperous society, eradicating absolute poverty and currently making China a prosperous and booming nation. It is worth noting that in China, there is a strong bond between the people, their leaders and the Party.

This type of acceptance and adaptation of the Party by the people is a rare example in the world. China has experienced in the past the same difficulties that some African countries currently do. China has also experienced other challenges related divisions and terrorist activities, but the Chinese people have remained united. Under the strong leadership of the CPC, the Chinese people have overcome many challenges and forged ahead on the path of hardship and glory. 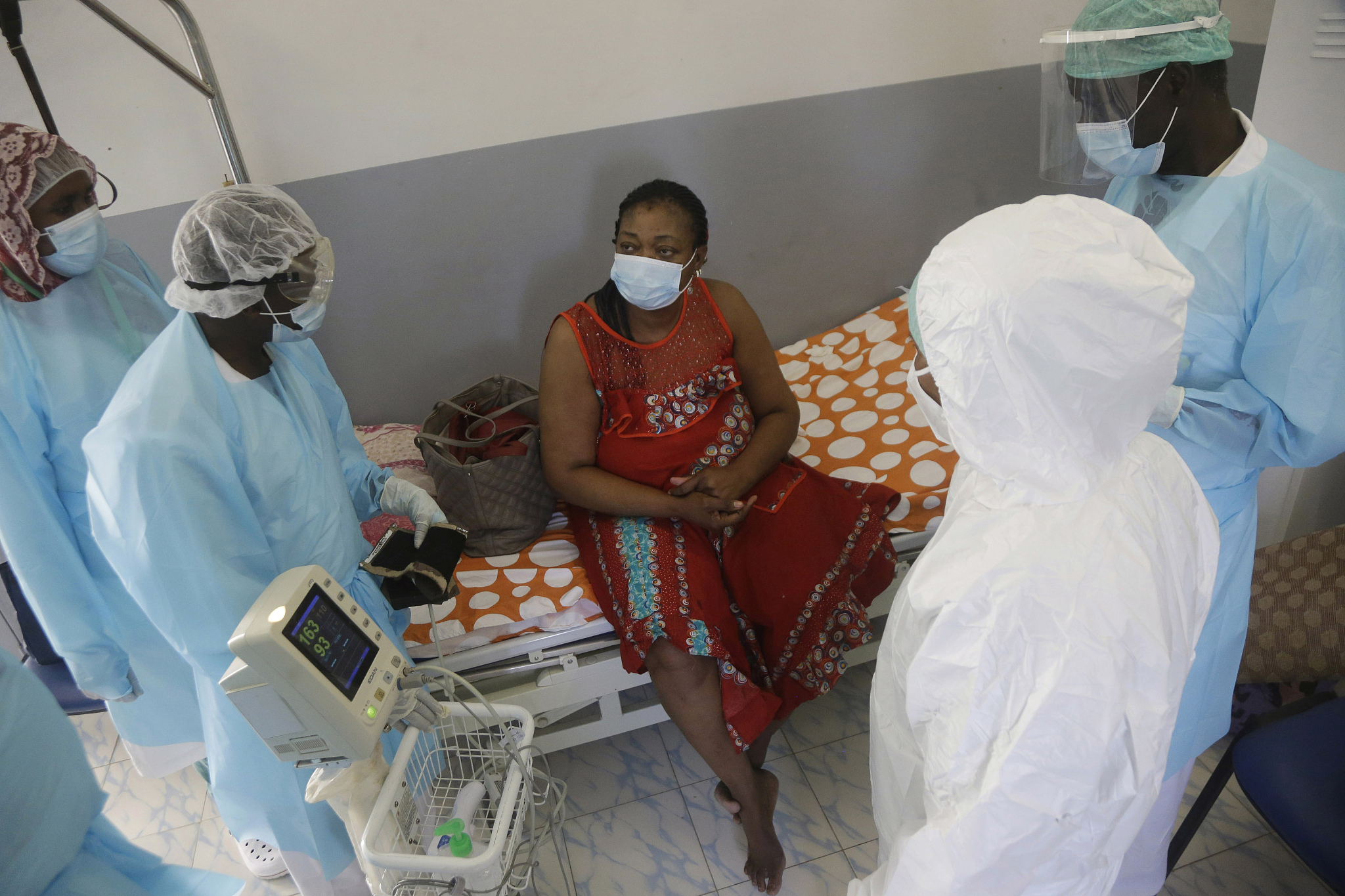 President Xi said in this speech that China will work towards building a community with a shared future for mankind based on the common values of peace, development, fairness, justice, democracy and freedom as well as the principles of win-win cooperation, while emphasizing that the Chinese people have never bullied, oppressed, or subjugated people of any other country and never will do so. These are also the values that Chad respects and shares.

Currently, China and Africa are preparing for the Forum on China-Africa Cooperation (FOCAC) in Senegal, which will take place between November and December 2021, to further promote China-Africa cooperation. Africa needs China, so does China as the two can cooperate in many areas including energy, agriculture, fisheries and infrastructure.

Africa has set up the African Continental Free Trade Area (AfCFTA), which will facilitate trade between African countries and effectively promote trade between China and Africa. We hope that through a wide range of cooperation within the framework set up by the African continent and China, the exchanges will be in the best interest of the two people. Africa is a continent with a lot of potential that could interest China, while China could offer its technology and skills to help Africa so as to make this cooperation even more effective and dynamic.

Chad is a landlocked country located in the heart of Africa and has six neighboring countries. Its political and economic stability is of great significance to the development of the whole of Africa. Since the establishment of diplomatic ties between Chad and China, the two sides have cooperated in many fields, such as energy, infrastructure, mines and agriculture. The bilateral cooperation between our two countries is becoming more dynamic.

Certainly, both the Chadian government and the people of Chad are tirelessly working to strengthen this solid cooperation. Unfortunately, the COVID-19 pandemic has slowed down these efforts. However, I believe that in the post-pandemic era, we will see an improvement in the trend due to the growth of China during this post-pandemic period. In terms of energy, rural populations in Chad are delighted to see certain achievements made by Chinese companies, especially regarding mini-solar panels. We hope that this cooperation under public-private or private-private partnership will develop even further for the benefit of our two countries and people.