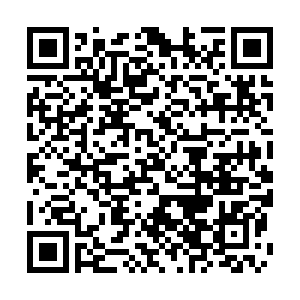 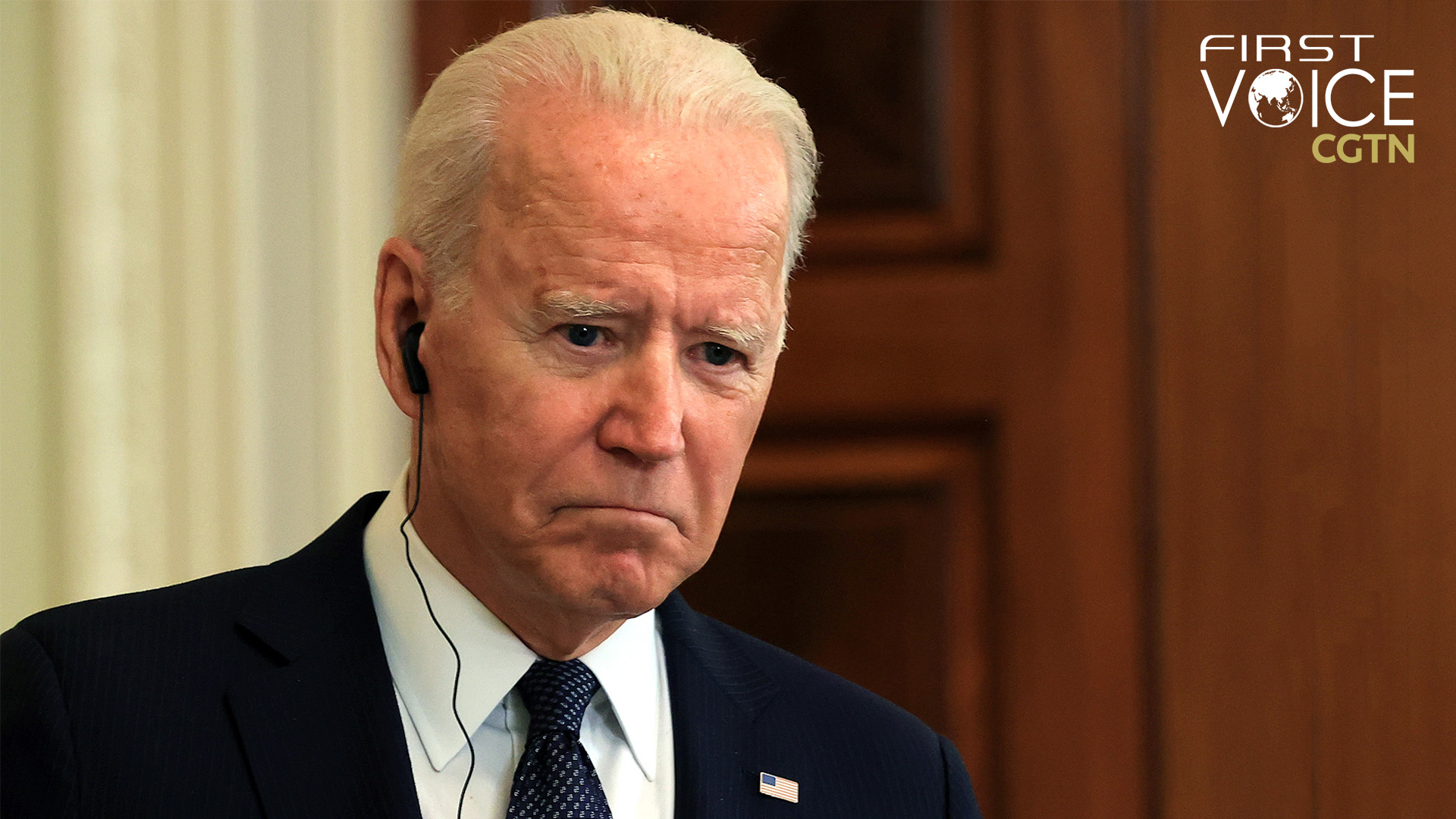 The Biden administration issued an advisory on July 16, warning U.S. firms of the risk of doing business in Hong Kong. The advisory states that business should consider the potential reputational, economic and legal risks of operating in Hong Kong, and should carry out due diligence.

"The situation in Hong Kong is deteriorating, and the Chinese government is not keeping its commitment," Biden said a day earlier while standing next to German Chancellor Angela Merkel. And a senior administration official commented on the advisory issued by saying that "the policies which the PRC government and the Government of Hong Kong have implemented undermine the legal and regulatory environment that is critical for individuals and businesses to operate freely and with legal certainty in Hong Kong."

Ostensibly, it is a form of economic strong-arming. By telling U.S. business about the Hong Kong's precariousness, Biden must be hoping that it'd lead to companies pulling out of the region or at least stop investing more in it, thereby limiting Hong Kong's position as a global financial hub and weakening China's financial market's link to the world.

But, it's much more than that. It can't be overlooked that the advisory came just as Merkel visits the U.S., and that Biden made the comment while standing alongside her. And the president, according to the New York Times, is "eager to get Germany…on board for some of his own geopolitical goals before the campaign cycle for the U.S. midterm election begins heating up, especially on China and Russia."

Germany has been a quasi-outlier among the Western countries when it comes to their policy towards China. The German chancellor has insisted that engagement with China is important and that she's wary of the Cold War-style rhetoric aimed at China, and that she doesn't like the word "adversary." 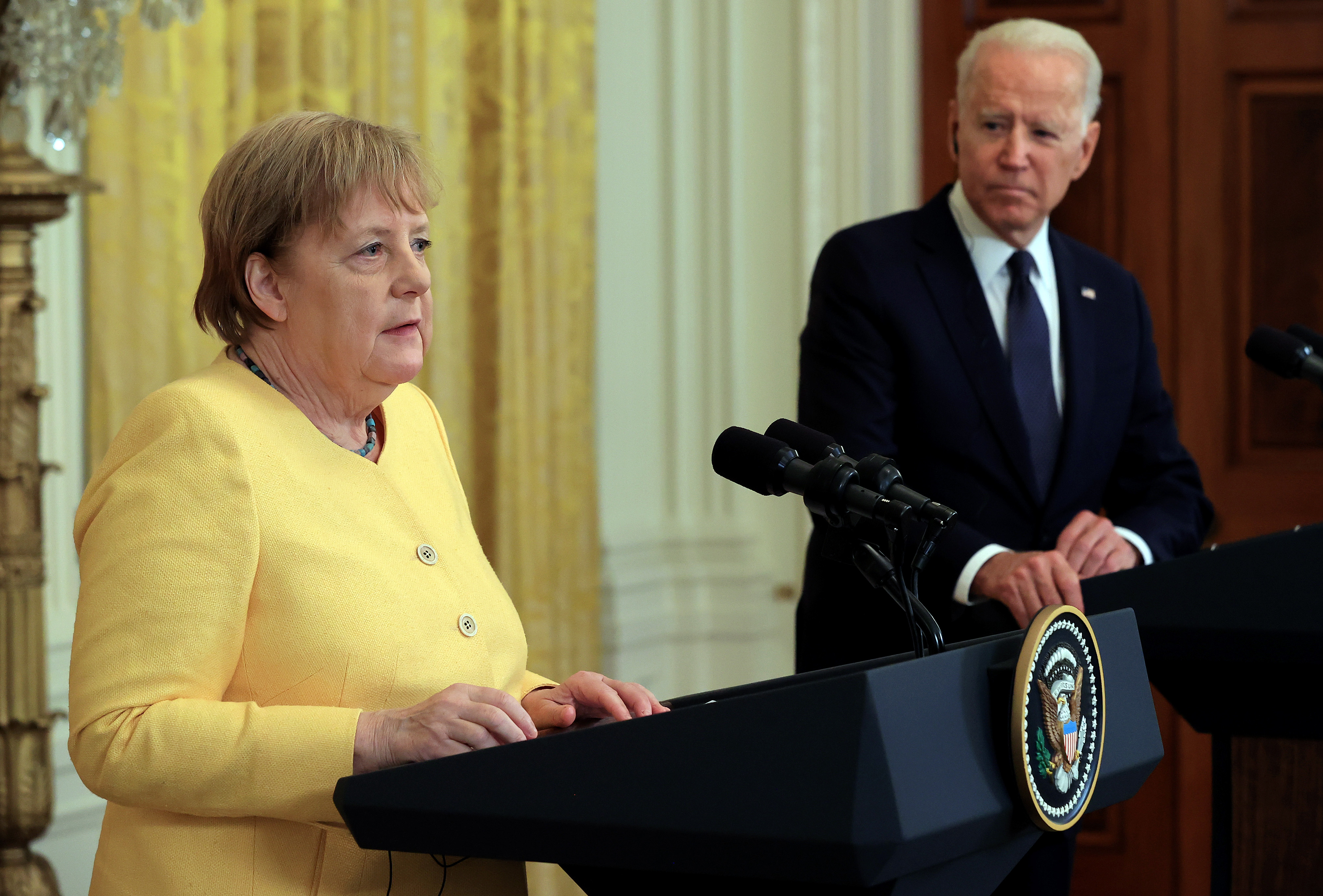 This is where Germany and the U.S. have come into conflict. The Biden administration inherited many of its predecessor’s policies in the front – alleging genocide in Xinjiang, blacklisting Chinese companies, stepping up pressure on the Taiwan issue. "Adversary" is a word U.S. politicians constantly use to describe its relationship with China.

By issuing the advisory now and making the comment while standing next to Merkel, Biden is using the opportunity to present an appearance of Western unity against China and put Merkel and her successor on notice about Washington's intentions. This puts any non-U.S. Western countries in a jam. Despite differences over Xinjiang and Hong Kong, Europe has already signaled its intention to move the CAI forward. Merkel and French President Emmanuel Macron made it clear during their virtual meeting with Chinese President Xi Jinping in early July. There are differences, but that doesn't stop cooperation.

The U.S. wants Germany to be in lockstep with its policies, and has no compunction about pressuring a purported ally into doing things contrary to its interest. And it is dangerous. Washington has shown no sign of slowing down its anti-China march. It is difficult for it to stop even if it wants to, given the bipartisan furor against the country. And it is dragging other countries down the same road. Biden's coalition-building, which was interpreted by many as a positive step towards multilateralism, is turning out to be a sugar-coated expression for forcing unanimity on the entire West.

It'd be best for Europe to be on the look-out the next time Washington invites a European head of state for visit. It has backstabbed Germany, it'd do it again until all differences are erased.