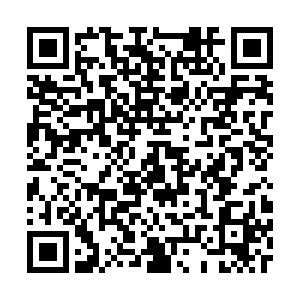 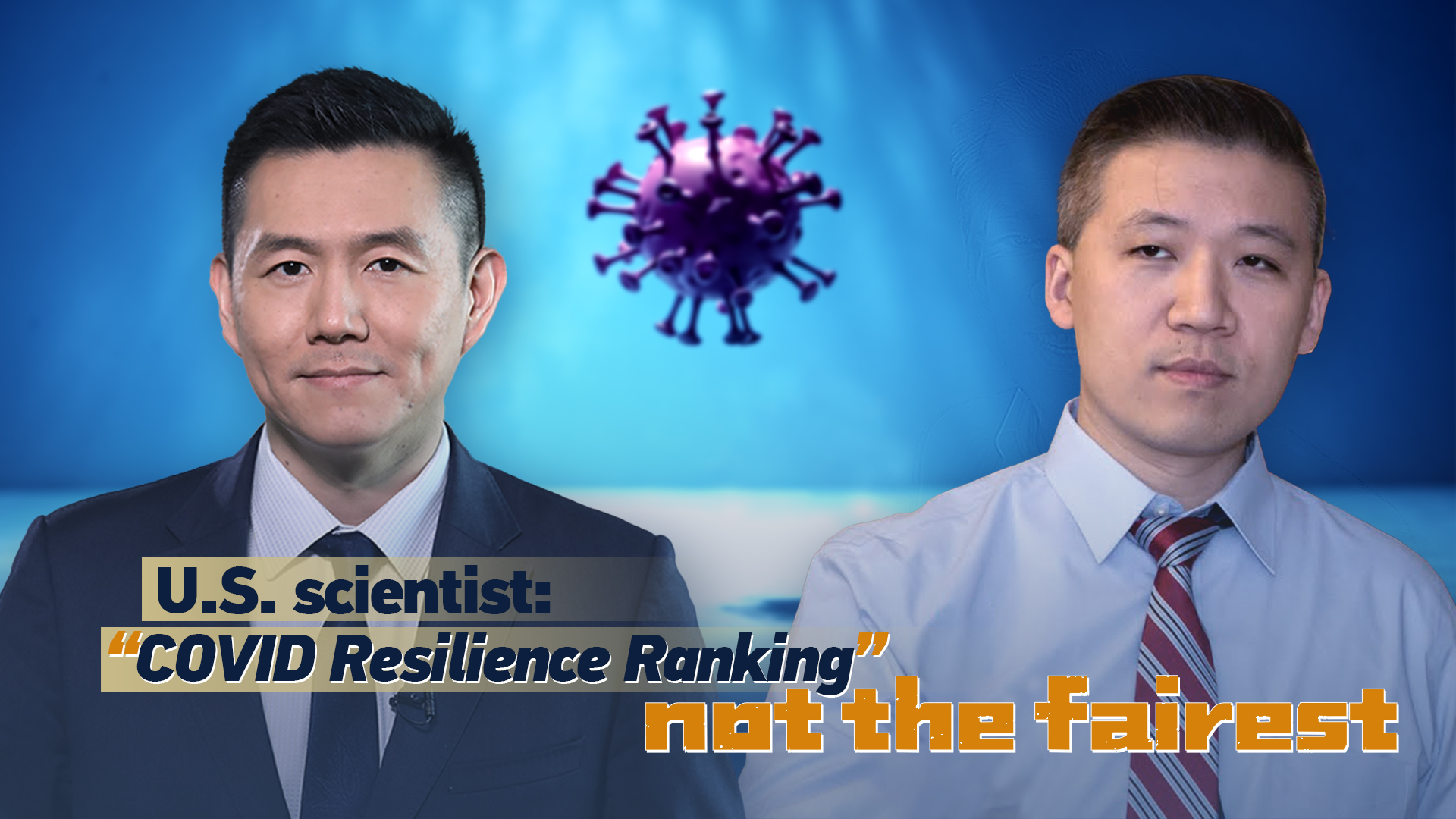 Editor's note: A recent Bloomberg "COVID resilience ranking" places the U.S. No.1. Eric Ding, Senior Fellow at the Federation of American Scientists, told CGTN Anchor Wang Guan that the ranking is "not the fairest" in that it equally weighted 12 indicators and failed to capture the success a country had in containing the virus or in giving its citizens meaningful freedom.

Wang Guan: Eric, let's talk about this Bloomberg "COVID Resilience Ranking". It compares 53 economies, and comparing their "success at containing the virus with the least amount of social and economic disruption". The U.S. is now ranked number one by Bloomberg, followed by New Zealand, Switzerland, Israel, France, Spain, Australia and China. Countries like Singapore ranks 13th. First of all, what is your overall sense of this ranking？

And in certain ways, we see that countries that took those most strict measures with border quarantines have contained the virus the most, like China, New Zealand, Australia. And we have soccer games and music festivals in those countries without any mitigations. I would say that allows the most social freedoms and least disruptions for society.

But countries that implemented those "zero COVID" things are penalized in this index. So in many ways this index is, I would say it's not the fairest and it doesn't actually measure the ultimate success measure of freedom of movements with low cases combined. And that's why in certain ways China ranks, unfortunately much lower, and Singapore ranks much lower than it should.

Wang Guan: Let's talk about this report specifically. The final resilience score is the average of it places performance across 12 indicators equally weighted. For example, lockdown severity, flight capacity, vaccinated travel route. That's how convenient it is for people who are quarantined to travel internationally. They are equally important as positive test result, case count and death count. What are your thoughts on this？

But the problem is this index doesn't give that exact weight. And so, I would prefer an alternative index based on actually containing the virus, suppressing any increase as quickly as possible and the relative success of keeping schools open, of major stadiums and sporting games open without having increases.

And if you re-weight it in that way, I think other countries in Asia will have performed much, much better. Because right now U.S. may be ranking number one, but the U.S. is having surging cases, doubling of cases in the last two weeks, rising hospitalizations and even rising deaths right now. And I would not say U.S. has contained this or been resilient in containing this right now whatsoever.

Wang Guan: Yeah, in measuring lockdown successes, Bloomberg index said "lockdown severity" is important. If people are experiencing greater disruption to their lives, that would result in a lower score and therefore a lower ranking. But in ancient philosophy people say, acute pain is perhaps better than chronic suffering. Many would argue that yes, there was this stringent citywide or even nationwide lockdown in China in the first place, but soon enough, China opened, re-opened, and people went about their daily routine as back in the old days. How do you look at this "lockdown severity" measure that was indicated by Bloomberg?

Eric Ding: I believe in an ounce of prevention is worth a pound of cure and short-term pain is much better for long-term gain. And the Bloomberg index currently penalizes you for having a very, very fast and severe mitigation measures in the short term. But doesn't give benefit to the positive outcome that comes with the "zero COVID" approach. And I think that is very wrong, I think rewarding countries that have the political leadership for thought and the willpower to have a stringent quick containment so that its population can lead more prosperous and economically productive life, and afterwards is what should be rewarded. And the index does not reward that unfortunately.