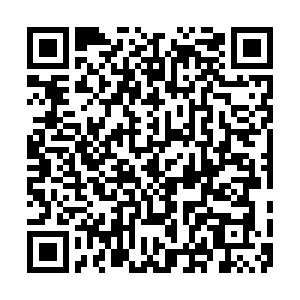 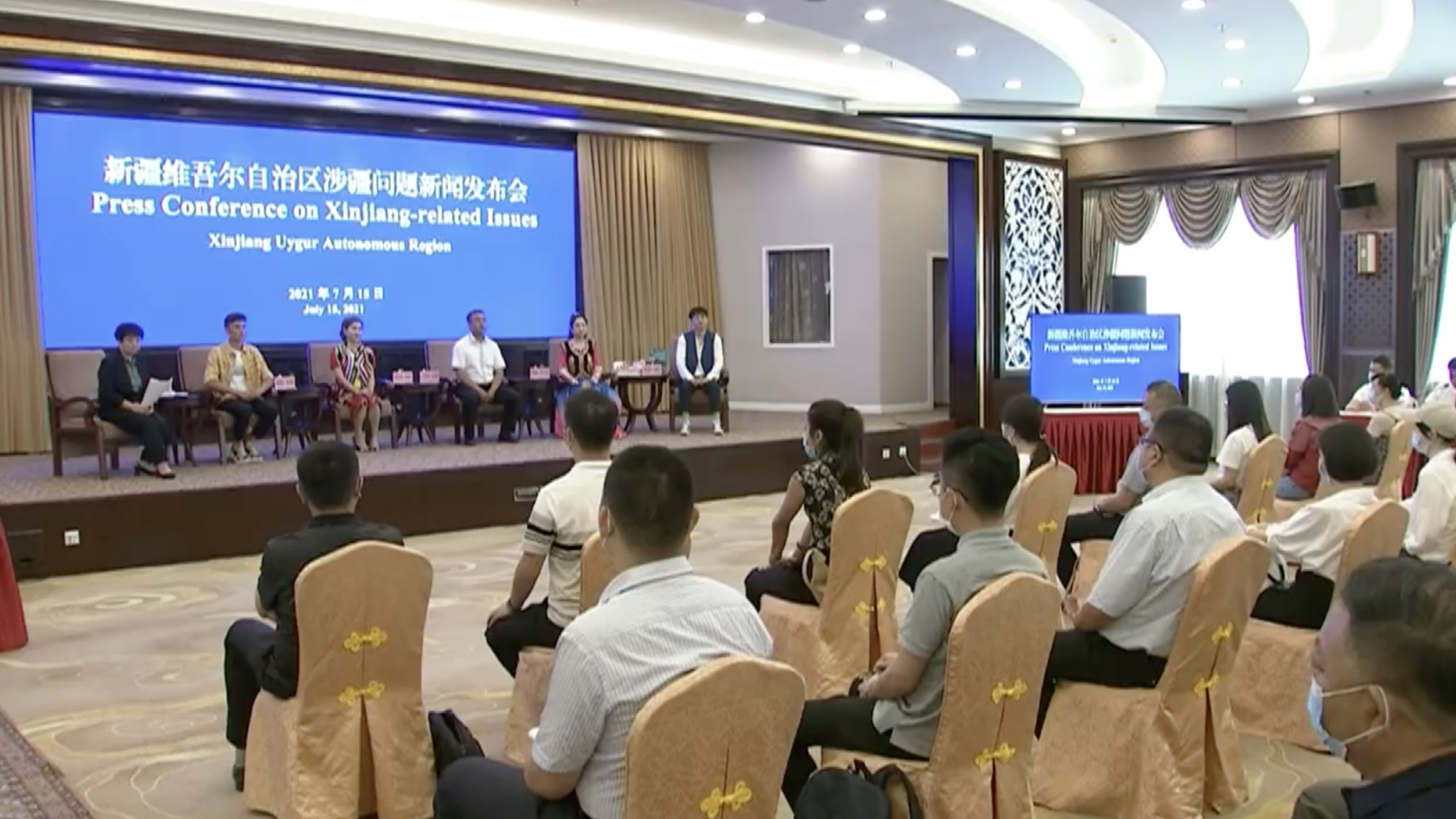 Northwest China's Xinjiang Uygur Autonomous Region has tried to develop tourism into one of its pillar industries in recent years. A set of regulations to further promote the sector has just come into effect this month, to further support sustainable development by boosting consumption, new business models and employment.

But Xinjiang's tourism sector has become another target of blame, as allegations of "forced labor" and "cultural genocide" in Xinjiang continue to circulate in the West. At a news conference on Thursday, Xinjiang authorities and tourism professionals denied and condemned such accusations.

Aimairjiang Mamti, who runs a ranch family resort, said agritainment business earned him about 80,000 yuan ($11,800) a year in the beginning. He then invested the money into animal husbandry, and then served his guests with meat and dairy products it produced. 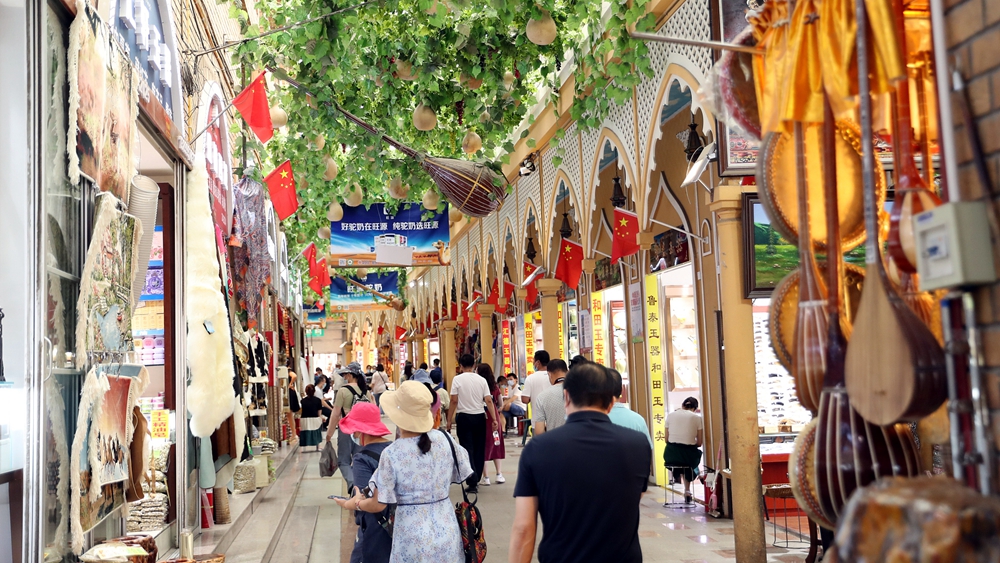 But for some locals involved in the sector, it is more than making money to improve livelihoods, but realizing their dreams.

Buagar Ablimiti is one of many who travel all the way from south to north to seek an opportunity at Urko film studios in Karamay - a tourist attraction featuring Xinjiang landscape where many films and TV series were filmed.

With her efforts, Buagar has been promoted from a waiter in a restaurant to a crew leader in charge of ancient costume change.

She said she had guaranteed access to medical care, and the income enables her family to live a better life.

"I am now doing exactly what I love," said the Uygur lady, "Most importantly, I'm free to pursue my dream of being an actor. Does it have anything to do with 'forced labor'?"

An article publish on The Economist earlier this year claimed that China used tourism to smother Xinjiang's Uygur culture. It gave an example of Kashgar's Old Town, saying the renovated town "has seen an influx of Han hipsters and artistic types bent on turning Uygur traditions into profit." 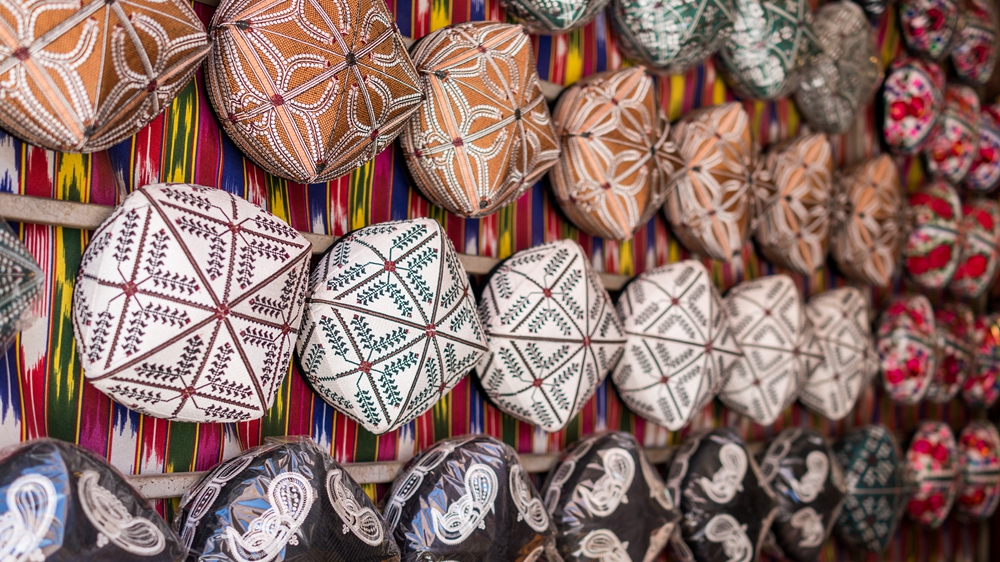 Meiwulan Turac, a designer shop owner at the Old Town who himself is an ethnic minority, held a different opinion.

He said he had wanted to expand Xinjiang's souvenir offerings, making things that are distinct and with strong Xinjiang features, since he studied at college.

Now his shop has more than 200 pieces of handicrafts and handmade traditional Uygur costumes, and it also offers portrait photo services. He has also designed items with local elements that have become online hits.

"I hope to develop more cultural and creative products with Xinjiang characteristics. I also hope to open shops abroad, so that foreign friends can see the fashion of Xinjiang and feel the charm of Chinese culture," the designer added.

Meiwulan said many residents have given full play to their skills as the Kashgar Old Town developed into a tourist attraction. They have set up businesses like naan bread shop, steamed bun shop, teahouse, as well as family workshops of Doppa and musical instrument.

Data suggests Xinjiang is home to nearly 10,000 immovable cultural relics. Since 2014, Chinese government institutions have spent more than $300 million to support the cultural industry there, and trained more than 1,000 professionals in cultural relic protection, restoration and management.

Donur Nurtan, who ran a campsite for stargazing, mentioned that industry insiders like him are also introducing new development ideas recently, such as using more solar power and restoring grassland, to ensure Xinjiang's rich natural resources are not over exploited.