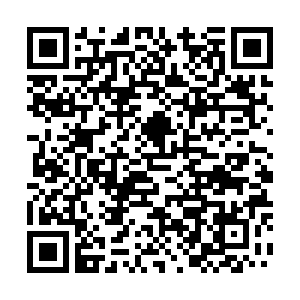 The Liaison Office of the Central People's Government in the Hong Kong Special Administrative Region (HKSAR) on Saturday said the sanctions imposed by the U.S. on the seven deputy directors of its officers are "nothing more than a piece of waste paper."

The statement called the sanctions "a boring political performance," and said the U.S. hegemonic actions are doomed to be futile.

The U.S. government on Friday issued an "advisory" to U.S. businesses and individuals operating in Hong Kong and imposed sanctions on a number of officials of the liaison office.

In the aftermath of the turbulence over the proposed amendment bill, and in light of the gravest situation since Hong Kong's return to the motherland in 1997, the Central Authorities adhere to rule of law in running Hong Kong affairs and took the decisive steps to promote "One Country, Two Systems" practice back on track, the statement read.

Highlighting Hong Kong's shift from chaos to stability, the statement said the HKSAR is now ushering in a bright future of stability and prosperity.

While the statement pointed out some U.S. politicians have long played a disgraceful role in Hong Kong affairs, colluding with "anti-China" forces inside and outside Hong Kong, wilfully attacking the red line of "One Country, Two Systems" and attempting to trigger a "color revolution" plot of the Hong Kong version.

"They are the real destroyers of democracy, freedom and a high degree of autonomy in Hong Kong," the statement added.

The statement also said the U.S. is now attempting to interfere with Hong Kong's development economically after its political failure by concocting the "business advisory."

The liaison office voiced its strong willingness to continue to perform its duties in strict accordance with the Constitution and the Basic Law, saying the successive sanctions imposed by the U.S. have no meaning other than to arouse its contempt for American politicians and to stimulate its strong will to fight for national interests.

A spokesperson for the Hong Kong and Macao Affairs Office of the State Council on Saturday also denounced the sanctions as "despicable."

The spokesperson in a statement expressed strong indignation and condemnation against the sanctions as well as the rumors the U.S. side spread on Hong Kong's business environment.

The statement also noted key important economic indicators including the IPO funds raised in Hong Kong and the total deposits in the Hong Kong banking system have grown significantly.

"The U.S. side's lies of taking Hong Kong down have long since been collapsed," the spokesperson added.

The spokesperson stressed that "Chinese people do not believe in fallacy. Nor are we afraid of evil forces," adding that the sanctions will not change the firm resolve of the Chinese government and people to safeguard national sovereignty, security and development interests, and stability of Hong Kong in accordance with the law.

Emphasizing that Hong Kong is an SAR of China, the spokesperson stressed that the formulation and implementation of the national security law in the HKSAR as well as the improvement of the Hong Kong electoral system are China's internal affairs and the U.S. is in no position to interfere.

Meanwhile, the Chinese Foreign Ministry strongly opposed the U.S. action, which is a groundless attempt to smear the HKSAR's business environment and illegally sanction a number of officials of the Chinese central government in Hong Kong.

The U.S.' actions seriously violated international law and basic norms governing international relations and interfered in China's internal affairs, the ministry said in a statement on Saturday, adding that China will take all necessary measures in accordance with law to safeguard its sovereignty, security and development interests.