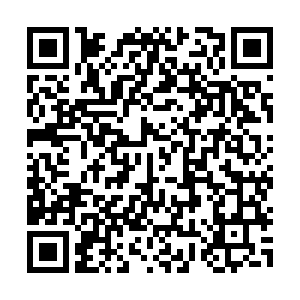 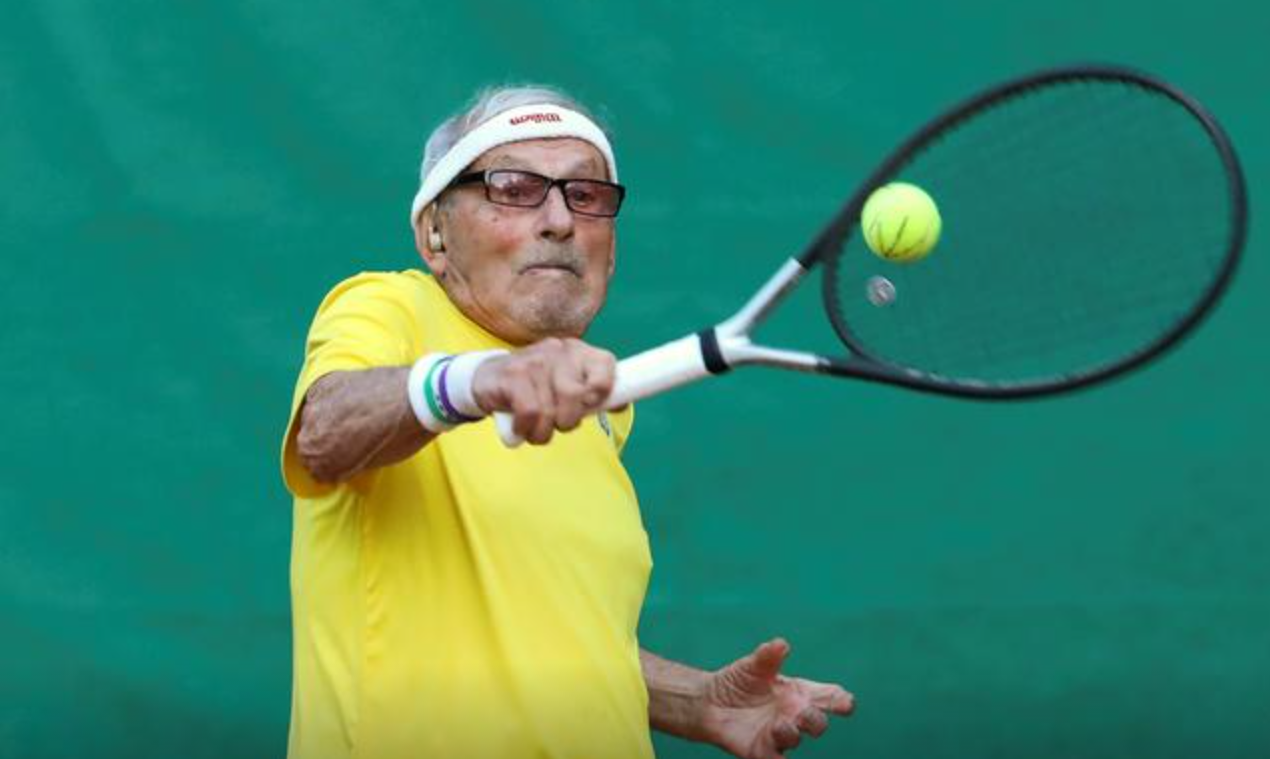 Leonid Stanislavskyi of Ukraine, who was born on March 22, 1924, the world's oldest tennis player, practices on court in Kharkiv, Ukraine, July 7, 2021. /Reuters

Leonid Stanislavskyi of Ukraine, who was born on March 22, 1924, the world's oldest tennis player, practices on court in Kharkiv, Ukraine, July 7, 2021. /Reuters

For Ukrainian Leonid Stanislavskyi, who, born on March 22, 1924, is the world's oldest tennis player after playing as an amateur for over half a century, it is next to impossible to find a worthy adversary in his age group.

That has not stopped the 97-year-old from participating in the world and European championships for seniors and outplaying younger competitors, although he is not moving around the court as fast as he used to.

Stanislavskyi was 30 when his colleague, then a champion in gymnastics from the former Soviet Union, introduced him to tennis.

"It is an elegant type of sport. It is good physical exercise. It is a beautiful game. And there is one more thing about tennis – you can play no matter what age you are," he said.

A Guinness World Record holder as the world's oldest tennis player, Stanislavskyi has been training hard ahead of the 2021 Super-Seniors World Championship due to be held in October in Mallorca, Spain.

For the first time, the International Tennis Federation has introduced a 90-and-over age group in the 2021 tournament after Stanislavskyi sent a written request to the federation asking for the new category to be added.

"When I was 95 years old, I felt much better than now," said Stanislavskyi, who moves at his own pace trying to return every shot. "It is even hard to walk when you are 97 years old."

Stanislavskyi said the secret to his longevity was a mixture of good genes and regular sport.

He starts each morning with gymnastics and a series of push-ups and pull-ups. Besides tennis, Stanislavskyi is a passionate fan of swimming and skiing and dreams of making a parachute jump.

He said his ultimate goal is to live to 100 years old and take on 20-time Grand Slam champion Roger Federer of Switzerland.