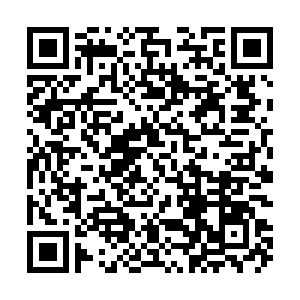 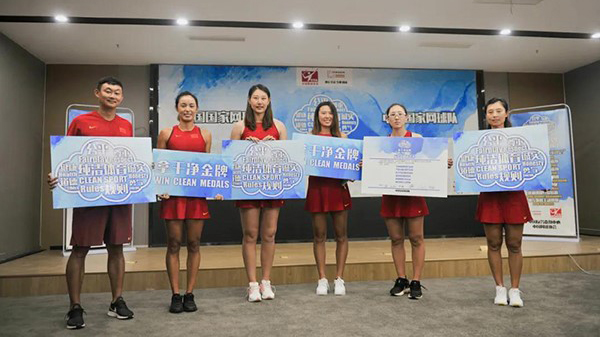 China's women's tennis team is currently training behind closed doors in Rizhao, east China's Shandong Province. All five players who will go to the Tokyo Olympics are excited to represent their county, despite the difficult circumstances surrounding the Games.

The tennis team started their one-month closed-door training from June 18. Two-time Asian Games gold medalist Wang Qiang skipped the whole grass court season including the Wimbledon Championships to focus on preparing for the delayed Tokyo Games. Dropping out a series of tournaments meant the players' world rankings would plummet. However, Wang showed strong confidence in herself while looking forward to the upcoming Olympics.

"Representing my country as an athlete in the Olympic Games is the honor of honors. I do feel bad about losing my ranking points, but I think I'm in good form right now, and if I can keep it going, I absolutely can come back strong whenever I want," said Wang.

In order to ensure the players' individual training, all of the hitting partners in the bubble are selected from the national youth team – from aggressive baseliners to serve-and-volley and all-court players. The five Olympic participants can choose their hitting partners as they wish, and map out their own training schedules with the coaches. As the team's only player who will compete in both singles and doubles in Tokyo, Zheng Saisai and her doubles partner Duan Yinging are used to practicing with two powerful young men.

"They are big servers and great volleyers, and we believe that can help motivate us to compete, and get better prepared for real matches," said 2019 French Open doubles runner-up Zheng.

"We have figured out various tactics for different opponents, actually we are used to training with male hitting partners while competing on tour. They are relatively faster and stronger, which helps us improve a lot," added Duan, Zheng's partner during the Roland-Garros tournament in 2019.

Alongside Zheng and Duan, the other duo are the 2018 Asian Games gold medalists Xu Yifan and Yang Zhaoxuan. Xu currently ranks 12th in the WTA world doubles ranking, and she puts more efforts into strength training. The two-time Grand Slam doubles' finalist not only enjoys the logistic support provided by the national team during her ferocious training, but also the delicious food.

"Normally we have eight dishes every day, always start with meat. I always get fruit before the meal. It's balanced and healthy," said Xu.

These all-round caring services aim to help the five ladies find their best form to win honors for China in Tokyo. At the 2004 Athens Olympics, Li Ting and Sun Tiantian made history by winning women's doubles gold medals before two-time grand-slam champions Zheng Jie and Yan Zi added bronze medals in the same category in the 2008 Beijing Games.

Therefore, the women's doubles tennis event has been much anticipated by Chinese fans for a breakthrough this time. Xu's partner Yang hopes she can translate the pressure into motivation: "All the qualified pairs are competitive including us. So I think everyone has a chance of getting onto the podium. I will try to balance the pressure and motivation, train hard and go to show my best form."