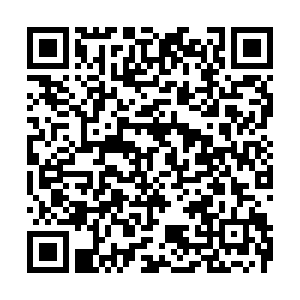 China urges the United States to immediately stop meddling in Hong Kong affairs, which are China's internal affairs, and the Chinese side will take all measures necessary in accordance with law to defend its sovereignty, security and development interests, a foreign ministry spokesperson said on Saturday.

The spokesperson made the remarks after the U.S. government issued the so-called Hong Kong Business Advisory and imposed sanctions on seven officials of the Liaison Office of the Central People's Government in the Hong Kong Special Administrative Region (SAR).

Hong Kong is a part of China, and its affairs are purely China's domestic affairs, the spokesperson said in a statement, noting that external forces that attempt to meddle in Hong Kong affairs will find themselves in a situation "like the tiny ants that try to shake the mighty tree."

The U.S. side has concocted the so-called Hong Kong Business Advisory to groundlessly smear Hong Kong's business environment, and illegally imposed sanctions on several officials of the Liaison Office of the Central People's Government in the Hong Kong SAR, the spokesperson said, stressing that these acts gravely violate international law and basic norms governing international relations, and severely interfere in China's internal affairs.

"China firmly opposes and strongly condemns this," according to the spokesperson.

China adheres to the policy of "One Country, Two Systems" under which the people of Hong Kong administer Hong Kong with a high degree of autonomy, the spokesperson said, stressing that since the implementation of the Law on Safeguarding National Security in the Hong Kong SAR, social stability has been restored, rule of law has been upheld and development is once again on the right track in Hong Kong.

The spokesperson noted that a report released by the International Monetary Fund (IMF) not long ago once again recognized Hong Kong's status as a global financial hub. Recent media reports have shown widespread objection to the U.S. government's issuance of the so-called business advisory among the U.S. business community in Hong Kong, the spokesperson added.

However, the U.S. government, turning a blind eye to facts and a deaf ear to the business community's call, attempts to use the so-called business advisory to cast a pall over Hong Kong's prospects and intimidate foreign investors in Hong Kong, according to the spokesperson.

"This once again exposed the sinister intention of the U.S. to undermine Hong Kong's stability and prosperity, meddle in China's domestic affairs, and thwart China's development," the spokesperson said.

The despicable conspiracy of the U.S. will get nowhere, said the spokesperson, stressing that Hong Kong will surely have a brighter future.

"The so-called sanctions imposed by the U.S. are nothing more than a waste of paper," the spokesperson said, adding that it is simply delusional to believe that China will bow to sanctions.

The past few years saw China fighting resolutely against the so-called maximum pressure by the U.S. with strong countermeasures, the spokesperson noted.

"If the U.S. is bent on continuing with such tricks, we will play along every step of the way until the very end," said the spokesperson.