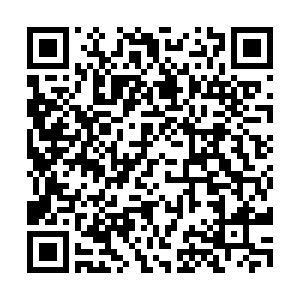 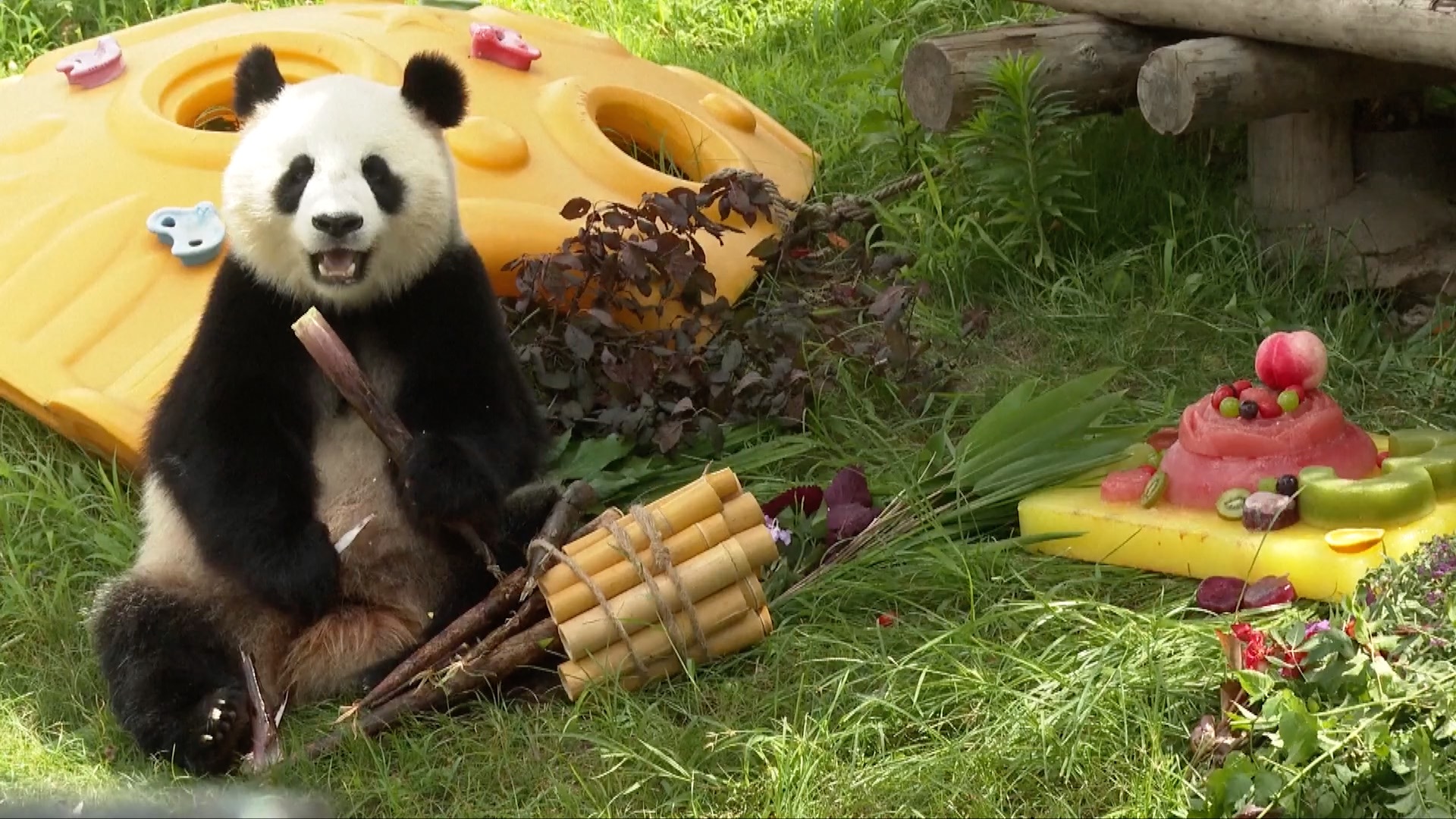 Park breeders have provided a delicate birthday cake and ample fruits as her big day gifts.

As Qiqi's mother is in southwest China's Sichuan Province, home to giant pandas, about 1,600 kilometers away from Shanghai by plane, breeders made a model of a 5G mobile phone with a drawing of Qiqi's mother out of bamboo baskets, making it seem as if Qiqi were making a video call to her mother from her birthday party.

After wandering and playing for a while, Qiqi sat on the ground and started to enjoy fresh bamboo shoots, which drew flocks of tourists to take photos.

"In this growing stage, we prepare enough bamboo for her every day, together with bamboo shoots. We also prepare steamed cornbread for her," said Yu Jinhua, deputy director of the animal management department of the park.

The three-year-old furry mammal weighs 86 kilograms and is healthy, according to the park. As Qiqi is very naughty, breeders of the park designed some special games to prevent her from overeating.

"We often hide food in different places and let her find them. In this way, her movements can be increased so that we can keep her healthy," said Yu.