Download
Global Political Calendar: Which political figures will be at Tokyo Olympics?
CGTN 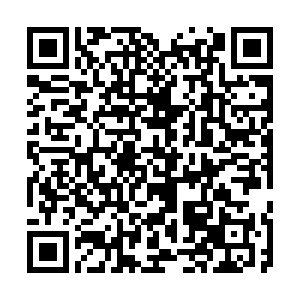 For the upcoming week, Chinese State Councilor and Foreign Minister Wang Yi will continue his visit to Syria, Egypt and Algeria. U.S. President Joe Biden will meet King Abdullah of Jordan at the White House. The postponed 2020 Tokyo Summer Olympic Games will officially open on July 23.

Who will show up at the Tokyo 2020 opening ceremony?

Postponed by one year due to the COVID-19 pandemic, the Tokyo Olympics will open on July 23. However, the list of top guests for the opening ceremony hasn't been finalized, with Japan struggling to fix foreign leaders' visits under the fourth COVID-19 state of emergency in Tokyo.

French President Emmanuel Macron, whose country will host the 2024 Summer Olympics, is the only major world leader to express his willingness so far to attend the opening ceremony.

The U.S. has announced First Lady Jill Biden will travel to Tokyo for the opening ceremony. As Japan has said spectators would be banned from the Games' Tokyo venues, the White House said it was still "assessing the feasibility" of her attendance.

Attention has also been drawn to whether South Korean President Moon Jae-in will be there. Japan and South Korea have reportedly been in talks over staging a top-level encounter during the Games to improve ties that have plunged to a historic low over historical disputes.

The positive tone turned sour as South Korea summoned the Japanese ambassador on Saturday over a senior Japanese diplomat's "undiplomatic" remarks about Moon and the possibility of a summit during the Game.

Leaders from about 80 countries and regions attended the opening ceremony of the 2012 London Olympics and some 40 at the 2016 Rio de Janeiro Olympics. Japanese Foreign Ministry said they "expect a similar degree of attendance by leaders as at the 2016 Olympics."