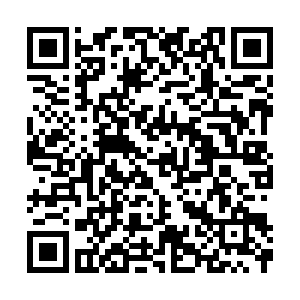 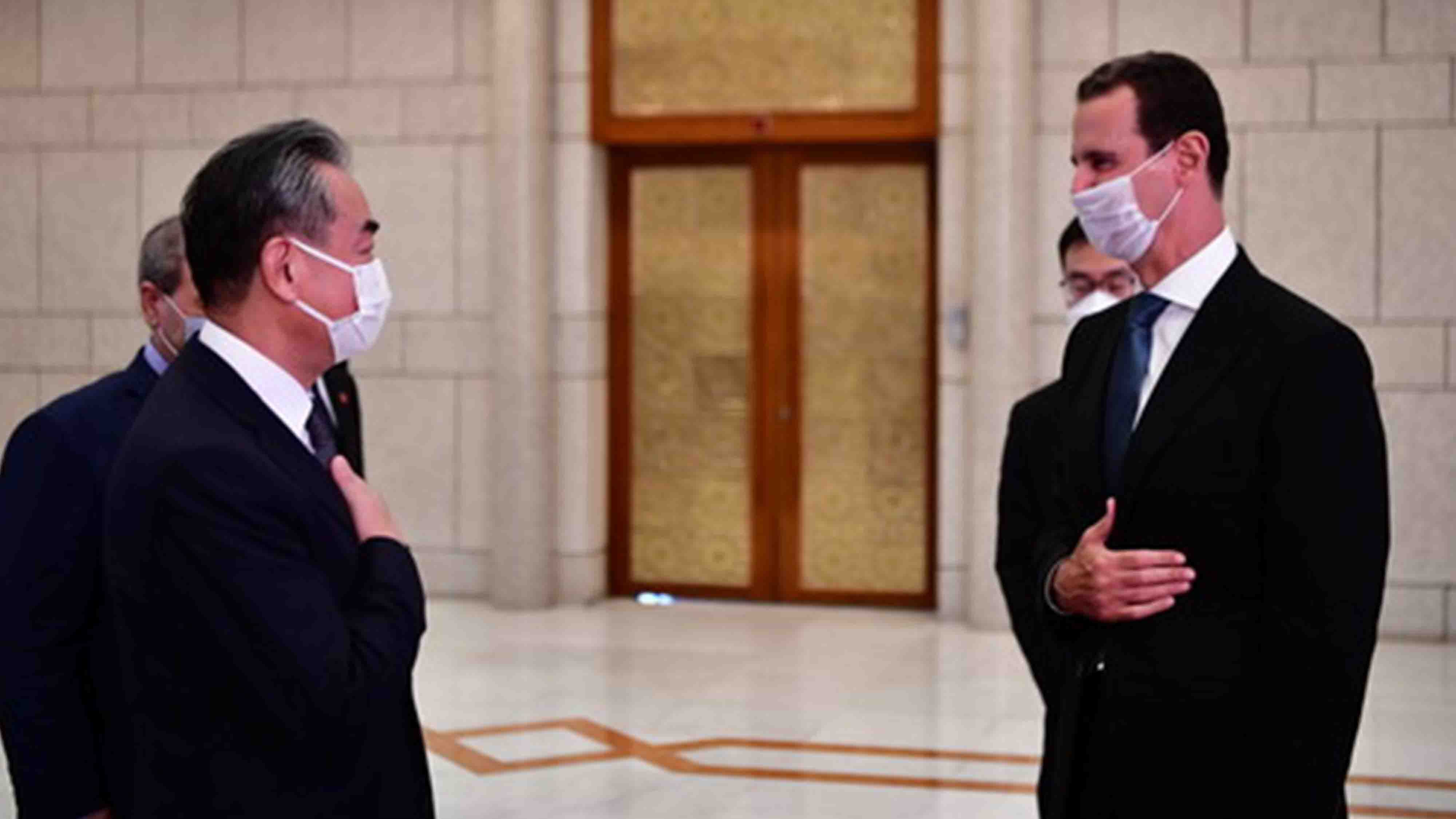 China opposes any attempt to seek regime change in Syria and will boost cooperation with Syria for the benefit of the people of both countries, visiting Chinese State Councilor and Foreign Minister Wang Yi said on Saturday.

Wang made the remarks at a meeting with Syrian President Bashar al-Assad, to whom the senior Chinese diplomat first conveyed Chinese President Xi Jinping's cordial greetings.

Under Assad's leadership, the Syrian people have made valuable achievements in combating terrorism and opposing external interference, Wang said, adding that Assad's re-election reflects the strong trust and support of the Syrian people.

Wang praised the Syrian people as backboned and dignified, adding that blatant foreign interventions in Syria have failed in the past and will not succeed in the future. He expressed the belief that the Syrian people will be more united and committed to the reconstruction and revitalization of their country.

Since establishing diplomatic ties 65 years ago, China and Syria have always trusted and supported each other, Wang said.

China appreciates Syria's firm support on the issues related to China's core interests and major concerns, Wang said, adding that under the guidance of the two heads of state, China stands ready to cooperate with Syria in carrying forward the traditional friendship and promoting mutually beneficial cooperation. 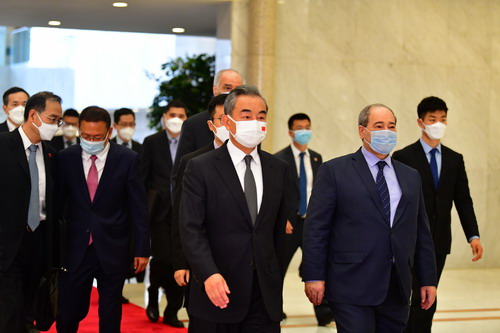 China firmly supports Syria in handling domestic problems under the "Syrian-led, Syrian-owned" principle established by the UN Security Council, and in formulating an inclusive and united political solution, Wang said.

He pledged that China will continue its strong support of Syria in fighting the COVID-19 pandemic by providing vaccines and other medical supplies.

China will support Syria in improving the well-being of the Syrian people and speeding up the reconstruction process, while welcoming Syria to become a new partner in jointly building the Belt and Road Initiative (BRI), the senior Chinese diplomat said.

China will also support Syria in opposing unilateral sanctions, alleviating its humanitarian dilemma and combating terrorist forces in any form, Wang said, adding that China is willing to strengthen communication and cooperation with Syria to help improve its anti-terror capabilities. 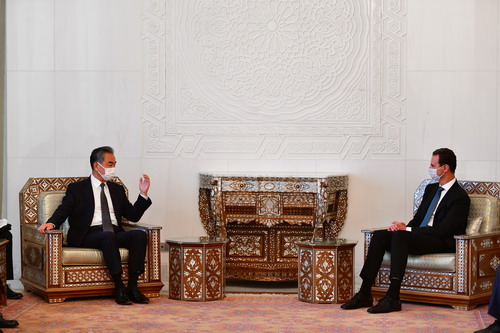 For his part, Assad asked Wang to convey his sincere greetings to President Xi while warmly congratulating the Communist Party of China (CPC) on the 100th anniversary of its founding.

The Syrian leader spoke highly of the CPC leadership for leading the Chinese people onto the socialist road with Chinese characteristics, providing a brand-new choice of governance model for developing countries.

Assad said that Syria sincerely appreciates China's great help and its fair position on the Syrian issue. With the support of righteous forces including China, Syria has withstood external interference and weathered the most difficult period, he added.

Syria always regards China as a sincere partner and friend and is committed to deepening its friendly cooperation with China and supports China unconditionally on the issues related to Taiwan, Xinjiang and Hong Kong, the Syrian president said.

He also expressed Syria's hope of taking part in the joint BRI construction, strengthening cooperation with China in the fields of economy, science, culture and education, and joining hands in fighting terrorism.

Assad thanked China for providing humanitarian aid to Syria while pledging to increase party to party exchanges with China to learn from the CPC's successes.

Wang also held talks on the same day with his Syrian counterpart Faisal Mekdad, vowing to enhance the ties and cooperation between the two countries. 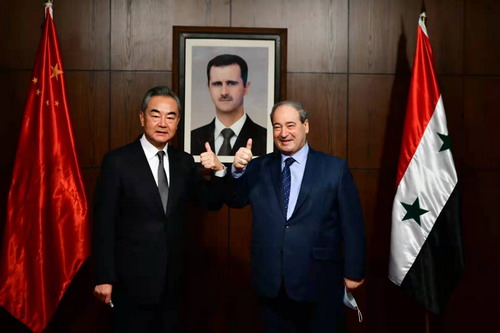 The senior Chinese diplomat elaborated on China's four-point proposal on solving the Syrian issue when he met with his Syrian counterpart Faisal Mekdad.

First, Syria's national sovereignty and territorial integrity should be respected. China calls for respecting the Syrian people's choice, abandoning the illusion of regime change and letting the Syrian people independently determine the future and destiny of their country.

Second, the well-being of the Syrian people should be prioritized, and the reconstruction process should be sped up. China believes that the fundamental way to solve the humanitarian crisis in Syria lies in the immediate lifting of all unilateral sanctions and economic blockade against Syria.

Also, international aid to Syria should be provided based on respecting Syria's national sovereignty and in consultation with the Syrian government, cross-line humanitarian assistance should be expanded, transparency in cross-border rescue operations should be increased, and Syria's sovereignty and territorial integrity should be protected, Wang said.

Third, a firm stand should be upheld on effectively fighting terrorism. China holds that all terrorist organizations listed by the UN Security Council should be cracked down on and double standards should be rejected.

The Syrian government's leading role in fighting terrorism on its soil should be respected, schemes of provoking ethnic divisions under the pretense of countering terrorism should be opposed, and Syria's sacrifice and contribution to the anti-terror fight should be acknowledged, Wang said.

Fourth, an inclusive and reconciliatory political solution to the Syrian issue should be promoted. China calls for advancing the political settlement of the Syrian issue led by the Syrians, bridging the differences among all Syrian factions through dialogue and consultation, and laying a solid political foundation for the long-term stability, development and revitalization of Syria.

The international community should provide constructive assistance to Syria in this regard and support the United Nations in playing its role as the main channel of mediation, Wang said.

For his part, Mekdad said Syria agrees with China's four-point proposal and is willing to further strengthen its coordination with China on the Syrian issue.

As an important member of the international community, China has always stood on the side of justice, said the Syrian diplomat, who also expressed the hope that China will play a bigger role in solving the Syrian issue and other international affairs.