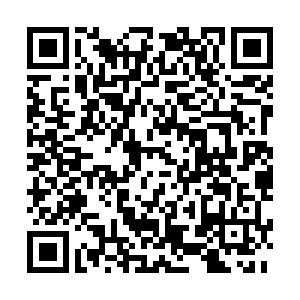 "Establishing an independent State of Palestine should not be postponed indefinitely, and the legal rights of the Arab people should not be neglected in long periods," Wang said in Alamein, Egypt.

The two-state solution calls for the realization of the "peaceful coexistence of both Palestine and Israel, the harmonious coexistence of the Arab and Jewish nations and the lasting peace in the Middle East," according to a four-point proposal regarding the Palestine-Israel conflict by Wang put forward in May. 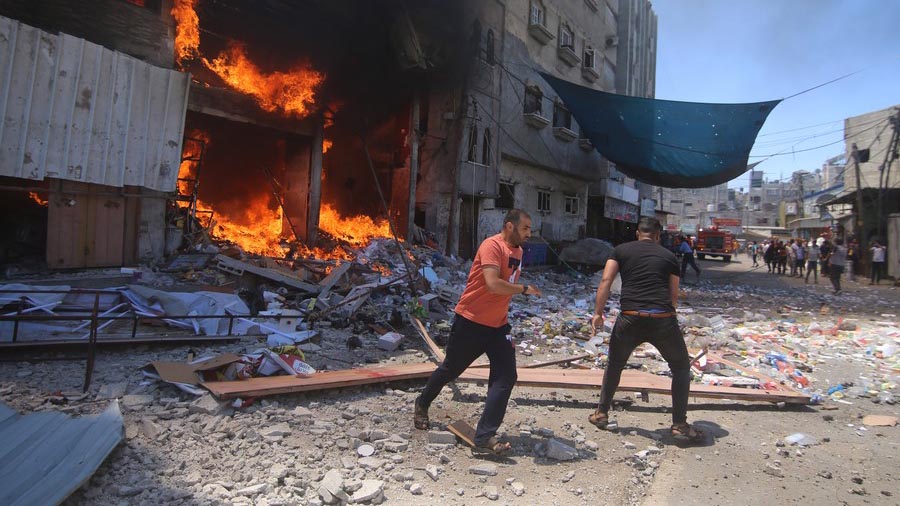 The Palestinian National Authority (PNA) should be given power as the governing body in fields including national security and finance, Wang said in his Sunday meeting.

The Chinese diplomat also said unity should be strengthened among all groups and that he hopes the groups can reach a consensus on how to solve the Palestinian-Israeli conflict.

He also encouraged Palestine and Israel to restart peace talks based on the two-state solution. Wang also welcomed the two sides to negotiate in China, calling for a "comprehensive, long-lasting, just" solution to the regional conflict.

Speaking highly of China's role on the matter, Shoukry and Gheit said they are in favor of China's solution, adding that they will keep in close contact with China on the issue.

China and the AL on Sunday hailed mutual support and cooperation, and pledged to strengthen the strategic partnership between China and Arab states.

AL Secretary-General Aboul-Gheit held a meeting with Wang to exchange in-depth views on ties between China and Arab states as well as regional and international issues, according to a joint statement issued after the meeting.

China spoke highly of the AL general secretariat's efforts, under Aboul-Gheit's leadership, to safeguard peace in the Middle East, promote regional development and enhance the unity of the Arab world. And the AL appreciates the active diplomacy by the Chinese Ministry of Foreign Affairs as well as the important efforts made by China to help realize peace and stability in the Middle East, the statement added.

The development of the strategic partnership between China and Arab states, and the level of cooperation and mutual support, are satisfactory, the two officials said, before vowing to push forward the partnership for the common interests of the Chinese and Arab peoples.

The statement highlighted the historic bond and strong friendly ties between China and the Arab states, while hailing the achievements made since the establishment of the China-Arab States Cooperation Forum in 2004 and the forum's role in boosting ties.

The two sides stressed the necessity for long-term cooperation with higher level and quality between China and Arab states, particularly in the fields of trade, investment, industry, transportation, energy, agriculture, tourism, culture, education, science, health, media and sports. The importance of the China-Arab Data Security Cooperation Initiative was also mentioned. 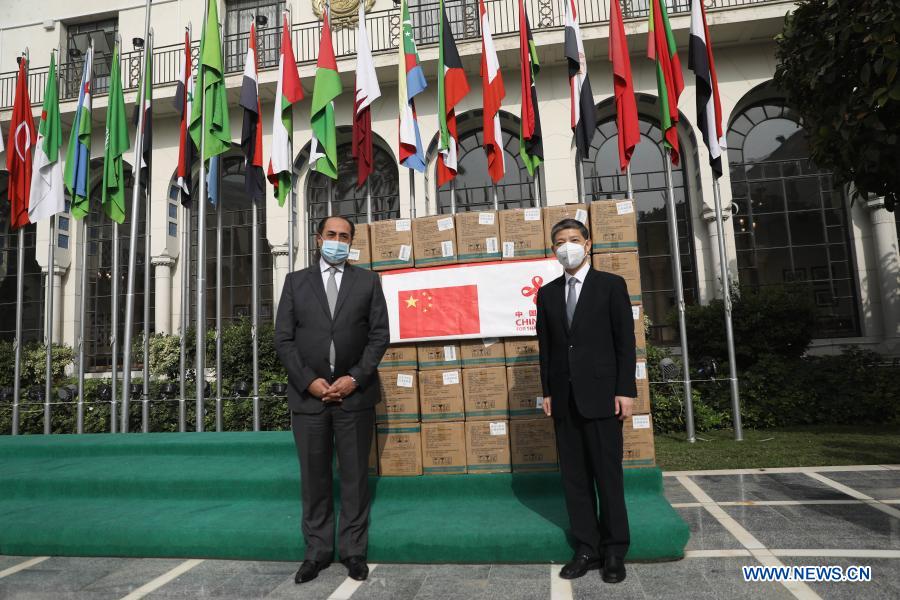 Thanking China for its provision of COVID-19 vaccines and medical supplies to Arab states and the AL general secretariat, the AL called for more regional and global efforts to secure sufficient humanitarian aid.

In the joint statement, the AL welcomed the active role China has played in facilitating solutions to regional issues.

The two sides agreed to make preparations for the first China-Arab states summit slated for 2022 in Saudi Arabia, and said that expected it to uplift the strategic partnership between China and Arab states to a new level to serve the common interests of both sides.

Stressing the international principle of non-interference in internal affairs, the joint statement said China and Arab states will continue to support each other in matters vital to their core interests.