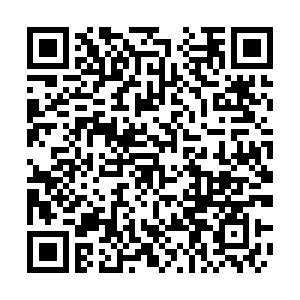 On China's Instagram-like social media platform Xiaohongshu, a landlocked city Changsha, outcompeting metropolises like Shanghai and Beijing, catapulted into the most-searched domestic destination during this year's labor-day holiday. The number of tourists experienced a whopping 130.3-percent year-on-year ascent, according to data released by the local authorities in May.

To some extent, online search trends and a jump in the number of tourists validate the city's now-found celebrity. But what's driving the craze is not merely an internet fad but a rising city with rapid economic progress.

In 2017, Changsha, the capital of central China's Hunan Province also known for the birthplace of the country's founding father Mao Zedong, has become the 13th member to join China's "trillion-yuan club," a group now consisting of 23 cities with each of its annual GDP exceeding 1 trillion yuan (about $154 billion). Its GDP growth rate jumped to the top spot just two years after being admitted to the club. 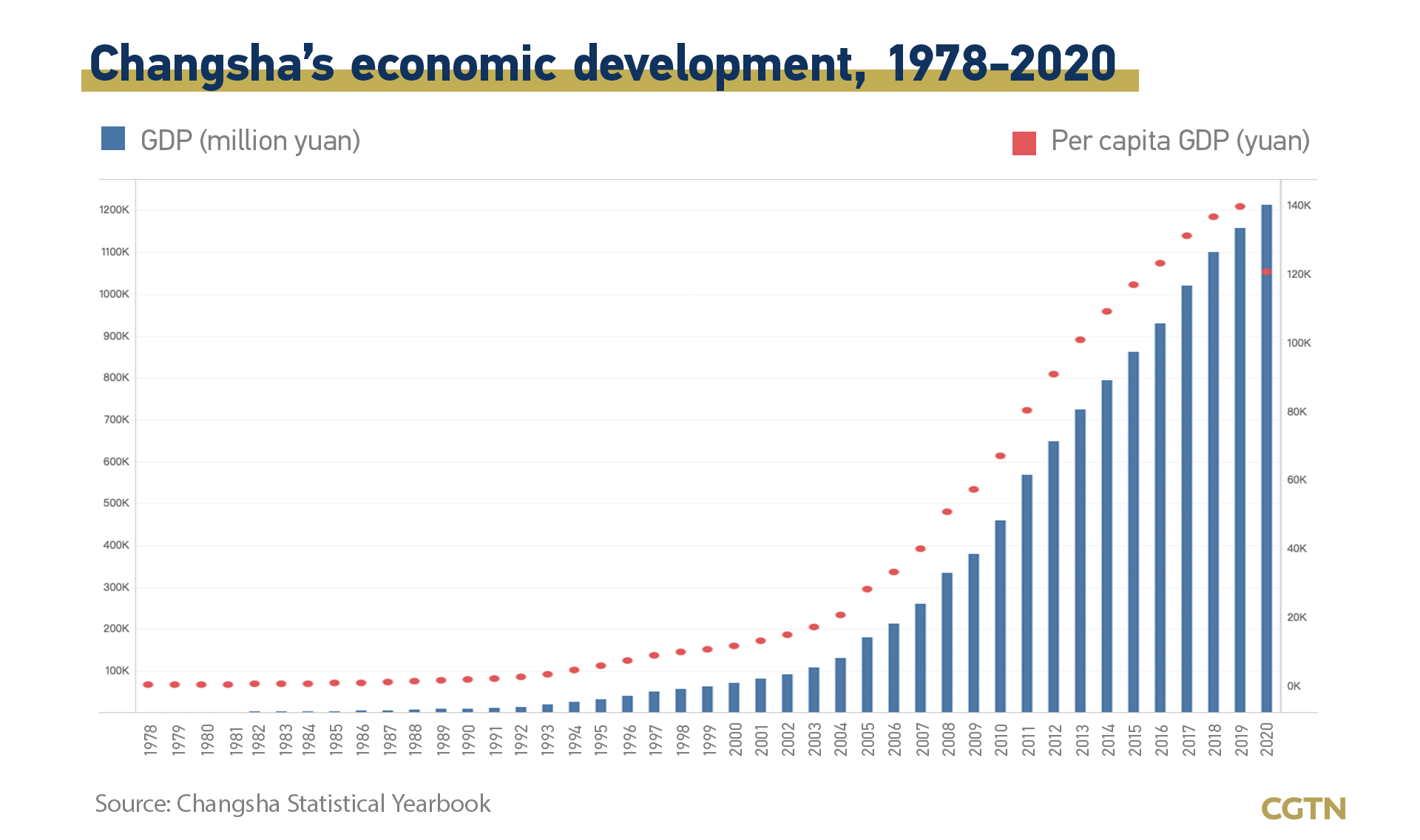 For people to better understand what a thriving metropolitan economy looks like, the population size and urbanization rate are non-negligible indicators. The city's population has more than doubled in the past seven decades. The urbanization rate also increased sharply along with the expansion of the non-agriculture population as well as the transformation of economic structure. 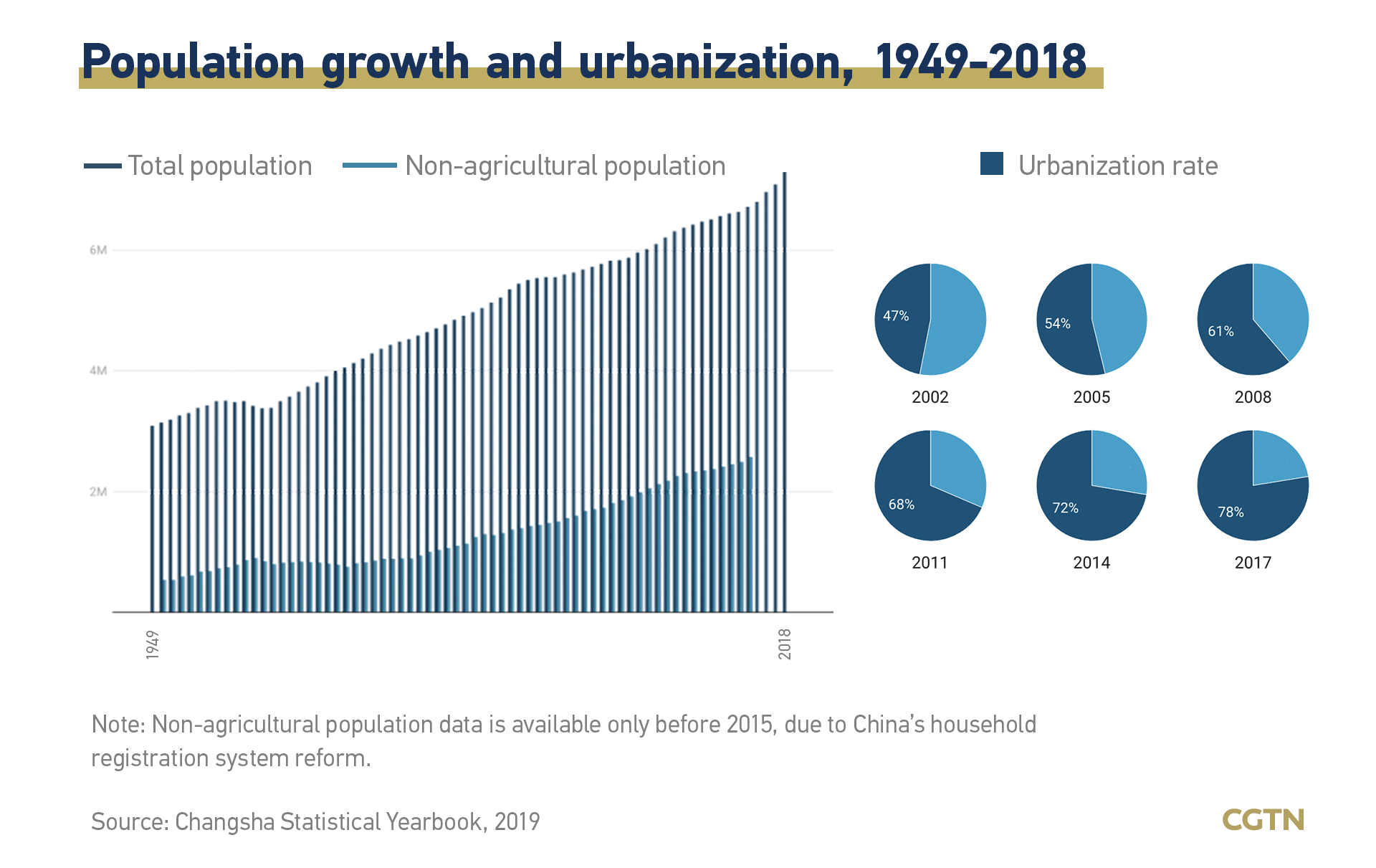 During the early days of the new China, from 1950s to 1970s, Changsha's economy was dominated by agricultural and low value-added services. Agriculture output was at the mercy of weather conditions. But with the "reform and opening-up" campaign rolling out across the country since 1978, Changsha has gradually transformed into an industrialized city with the manufacturing sector at its core. 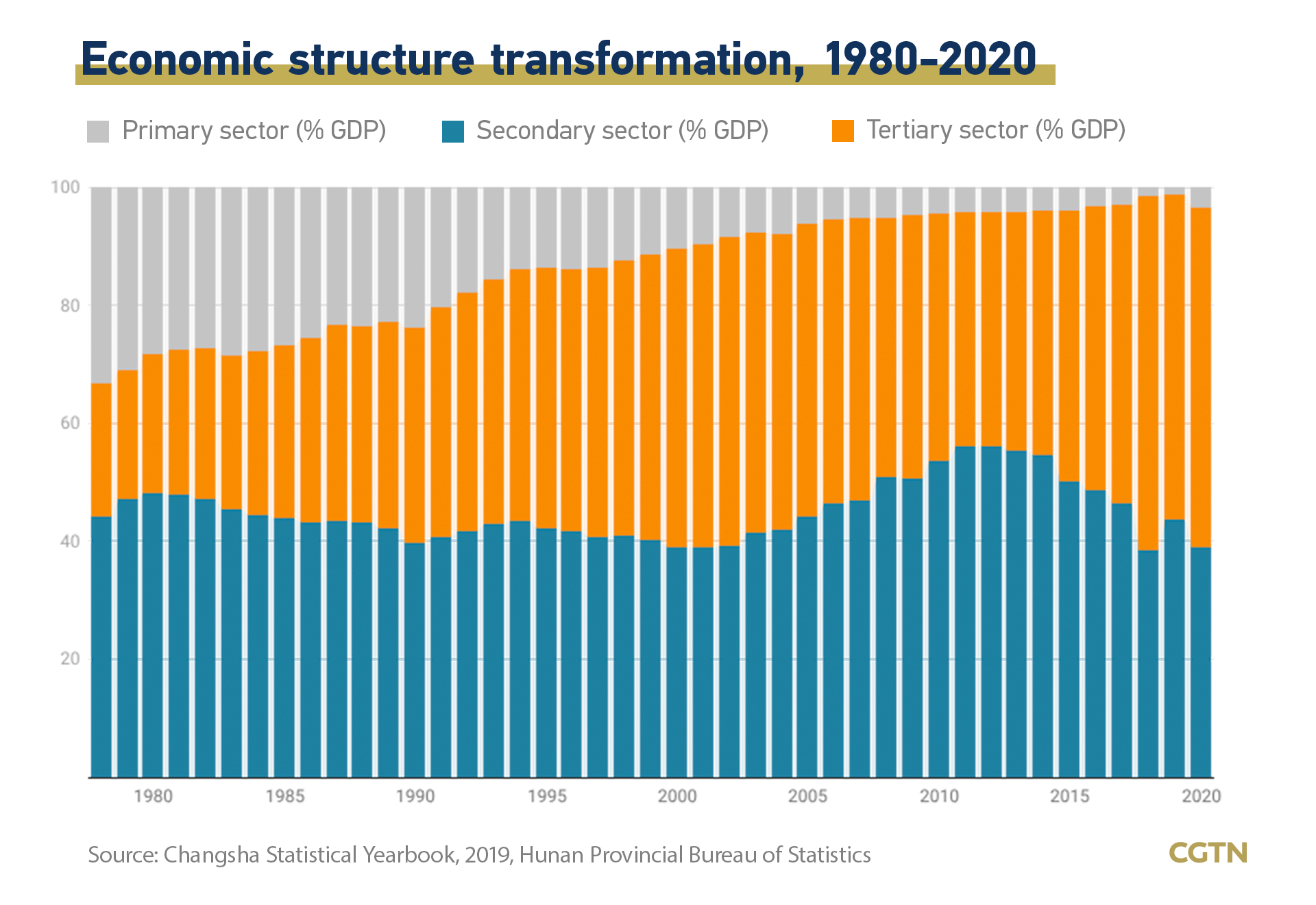 At the turn of the millennium, a series of national policies and initiatives aiming to boost the development in central China also contributed to the city's economic structure transformation.

At the end of 2018, the number of industrial enterprises whose annual revenue exceeding 20 million yuan (about $3 million) reached almost 3,000. Most of them were in the manufacturing industry, accounting for 97.5 percent of the total companies in the secondary sector. Besides, Changsha is home to four of the world's top 50 construction machinery manufacturers. Sany, one of China's biggest machinery makers, has even been branded as a model demonstration facility for Beijing's plan to upgrade the national manufacturing industry.

According to Hu Henghua, former Secretary of Changsha Municipal Committee of the Communist Party of China, the city's development lies on the manufacturing industry, their advantage comes from it, and the future growth cannot keep without it.

Notably, the city's shining development report card is driven by not only the high-speed but the high-quality. Over the years, the fourth industrial revolution marked by the artificial intelligence and some other cutting-edge technologies has ushered Changsha into a new stage.

Those traditional manufacturing tycoons repositioned themselves into intelligence-based companies, transitioning from original equipment manufacturers to service providers. "The future of the heavy-equipment industry will rely as much on software and data as it does on hardware," Sany's Chief Information Officer Pan Ruigang said. 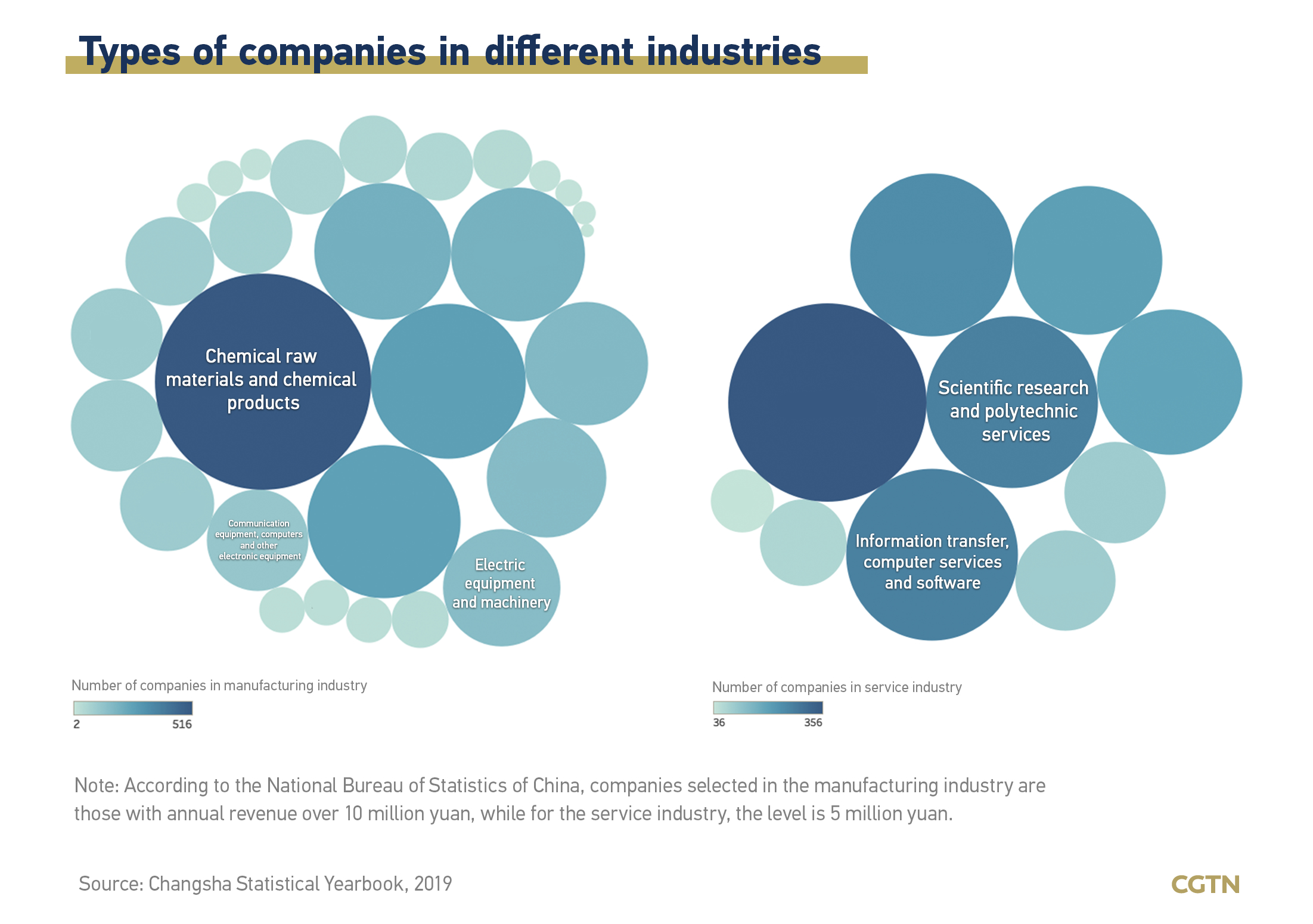 What's more, companies featuring in computer and software-based services have gradually taken a big share in the third sector. Under a local policy to reboot Changsha's software development, the total revenue of software and information service industry is projected to exceed 150 billion yuan ($23.17 billion) by 2022, with the number of companies reaching about 30,000.

Changsha is embracing modern technology with its solid industrial base and profound culture heritage. The story is just beginning.