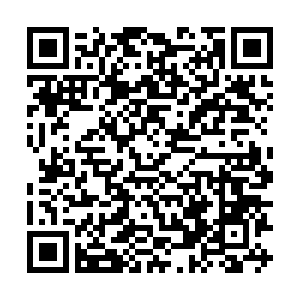 "Athletes should be more than doubly cautious. We still don't know much about the epidemic, and there are certainly risks," Lee said during an interview with CGTN on Wednesday.

Team Malaysia will participate in competitions including badminton, diving and gymnastics. Lee, a badminton legend, said Malaysian athletes had been training very hard in isolation during the past months without seeing their families, and they headed for Tokyo directly from the training center.

However, he expressed concern over the athletes' performance at the Games this year due to a lack of international warm-up competitions.

Usually, in June before each Olympics, there are still seven to eight weeks to prepare. During that period, each team will see how the athletes from rival teams stack up.

But this time around, after All-England Open Badminton Championships in March, there have been no big competitions at all, according to Lee.

"And we won't see teams, for example, from China, and we don't know their status. So, the Olympic Games this year is very special. There are many possibilities, and I think we should fully prepare," he said.

Lee, due to health advice from his doctor, will not travel to Tokyo but still give advice to Malaysian Olympic team online. When asked about his condition, he said that everything is good.

Lee won three silver medals in badminton men's singles in three successive Olympics Games. He said he still misses the day when he competed with his rival, Chinese player Lin Dan, whom he maintains contact with.

"We have retired and now we enjoy more by watching competitions," he said.

When talking about the Beijing 2022 Winter Games, which are less than 200 days away, Lee said he is looking forward to traveling to China.

"I took part in the 2008 Beijing Summer Games. China made full preparations and had outstanding venues, facilities and services," he said of his experience back in Beijing at that time.

"I hope the epidemic will soon pass. I hope the athletes and coaches around the world can all receive vaccinations. And I hope that the Winter Games in Beijing will go ahead successfully without any problems," Lee said.