Download
Reporter's Diary in Xinjiang: Of legendary myths and experiences
By Chuck Tinte 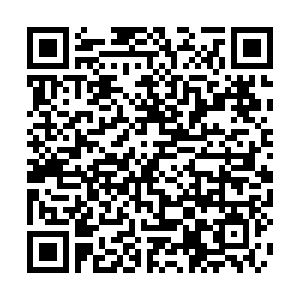 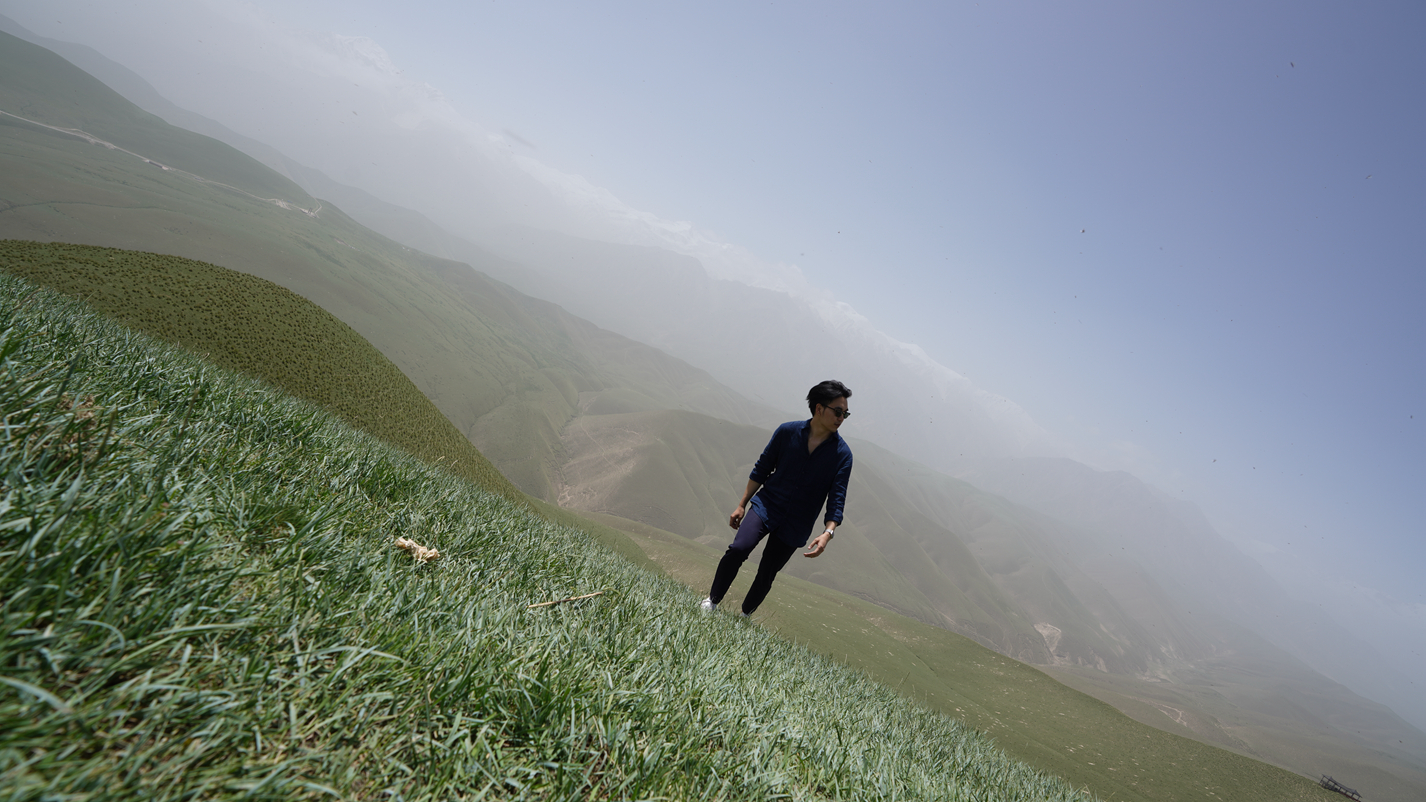 There's something about legends of mythical kingdoms and beasts that fascinate me.

Hotan – an oasis town in southern Xinjiang Uygur Autonomous Region – has multitudes of such stories, most significantly that of the Kunlun Mountains.

According to ancient Chinese mythology, Kunlun was a dwelling place of gods and goddesses. It's also home to majestic animals that are white as snow and trees that bear jewelry like pearl and jade.

Stoned for the gods

One of our first stops in Hotan was in Moyu County. There we met Ahmattohti Tohtiniyaz, a Uygur man who sells Hotan jade.

Major deposits of these precious and rare gemstones are said to be tucked away deep in the Kunlun Mountains. And the Chinese people consider them as "the essence of heaven and earth." 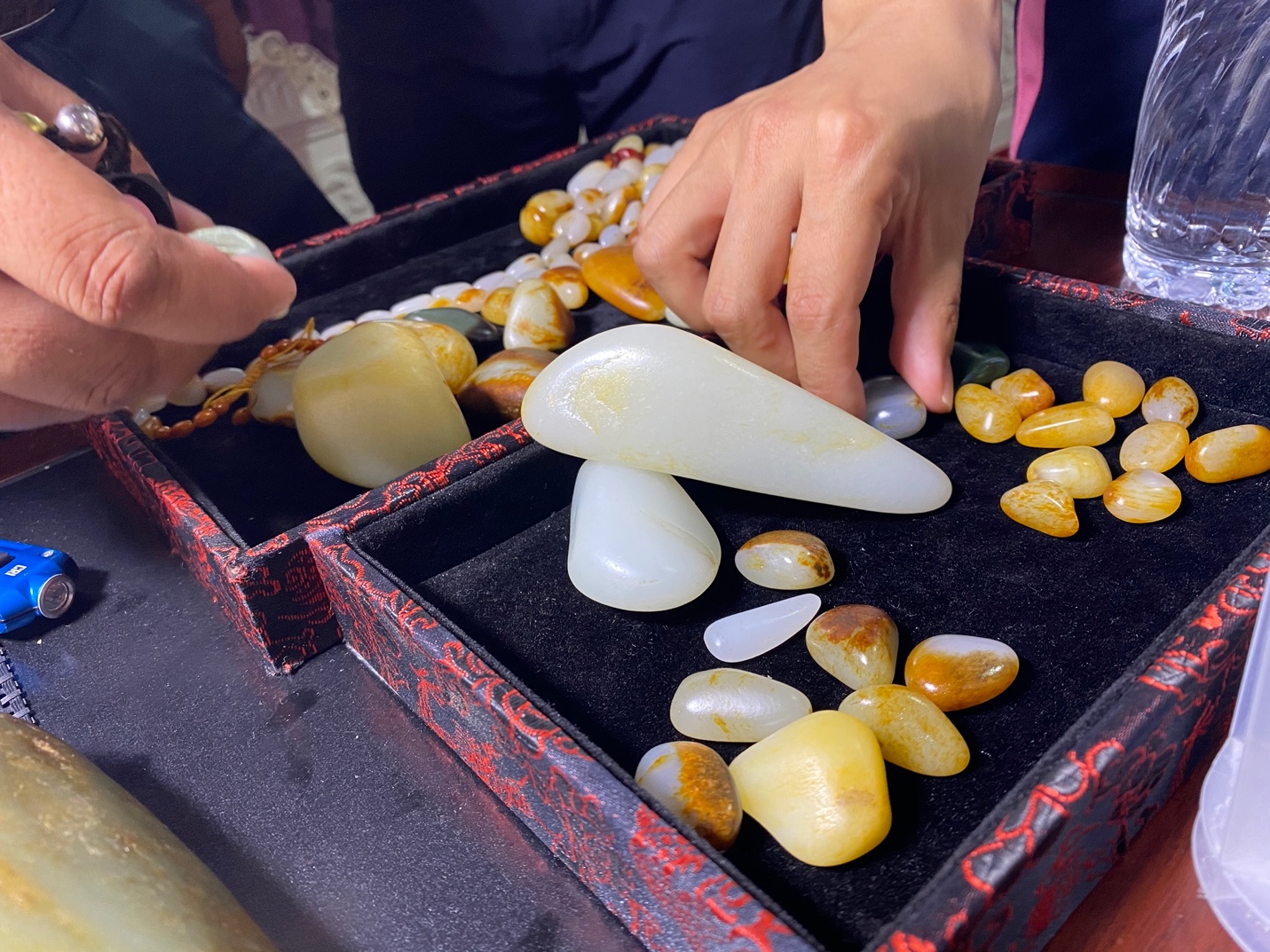 To be honest, I never really knew how valuable jade was. I'm only most familiar of it because of jade rollers, a beauty tool used for face massage. They could cost at least 10 yuan or a little over a dollar at a popular shopping street in Beijing.

You can only imagine my reaction when Ahmattohti told me how much real jade costs! One stone the size of your thumb had been priced up to 100,000 yuan ($15,625). I was shook!

He said he'd been trading and selling jade for about 11 years now. He's ventured into live-streaming to expand his business.

When I think of myths and legends, I imagine warriors and deities wearing lavish attires.

At Hotan's famous food market I was treated to such elegance. 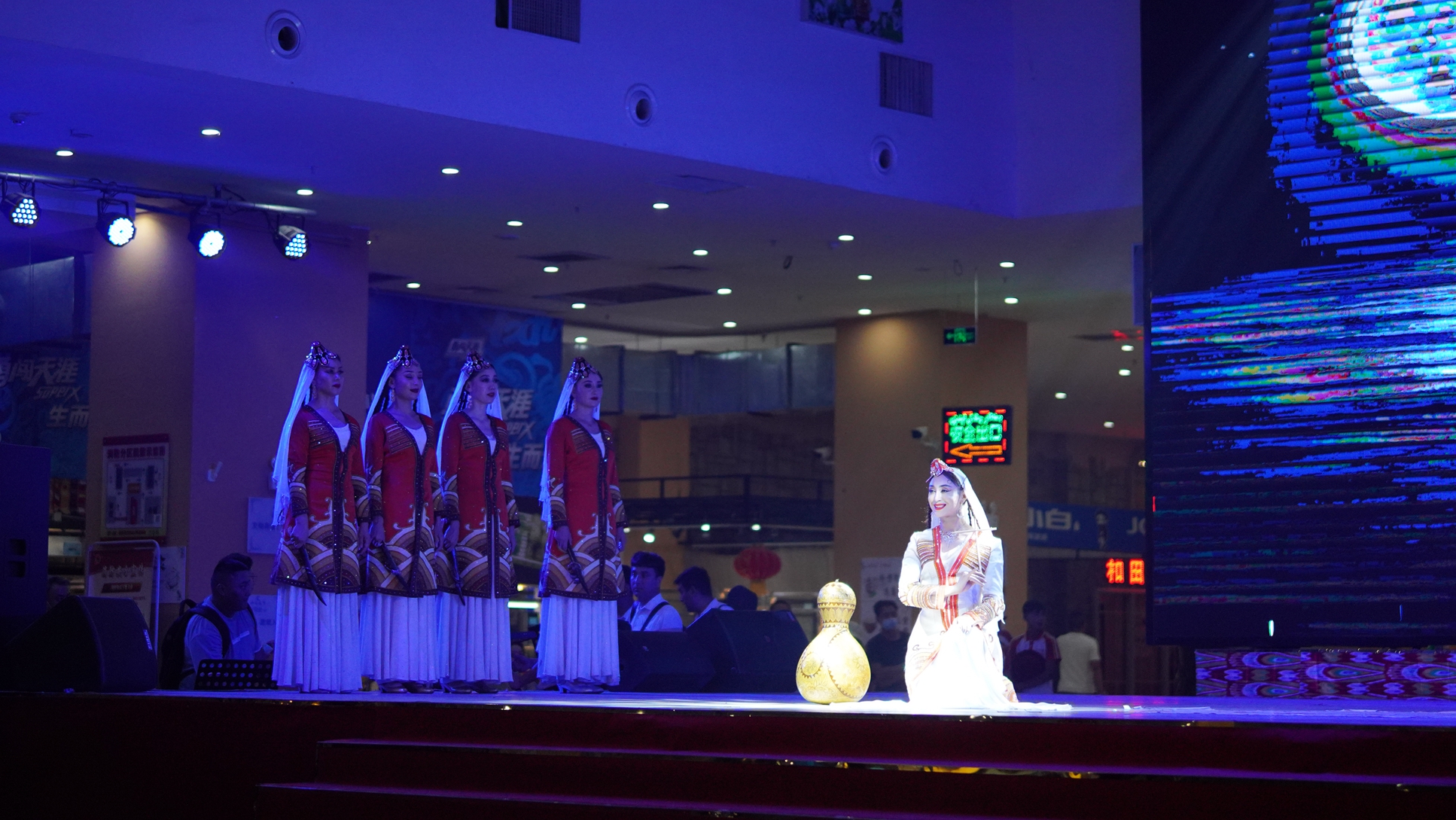 I repeated one word over and over as performers came out one after the other: fab!

Bustling with people every night, southern Xinjiang's famous night market not only features mouth-watering eats but also sophistication through dance and music.

Think Julie Andrews on top of the hill, singing her lungs out.

My feeling on top of Qira county's Banlange grasslands was, well, very that.

We were over 3,000 meters above sea level overlooking the Kunlun Mountains. 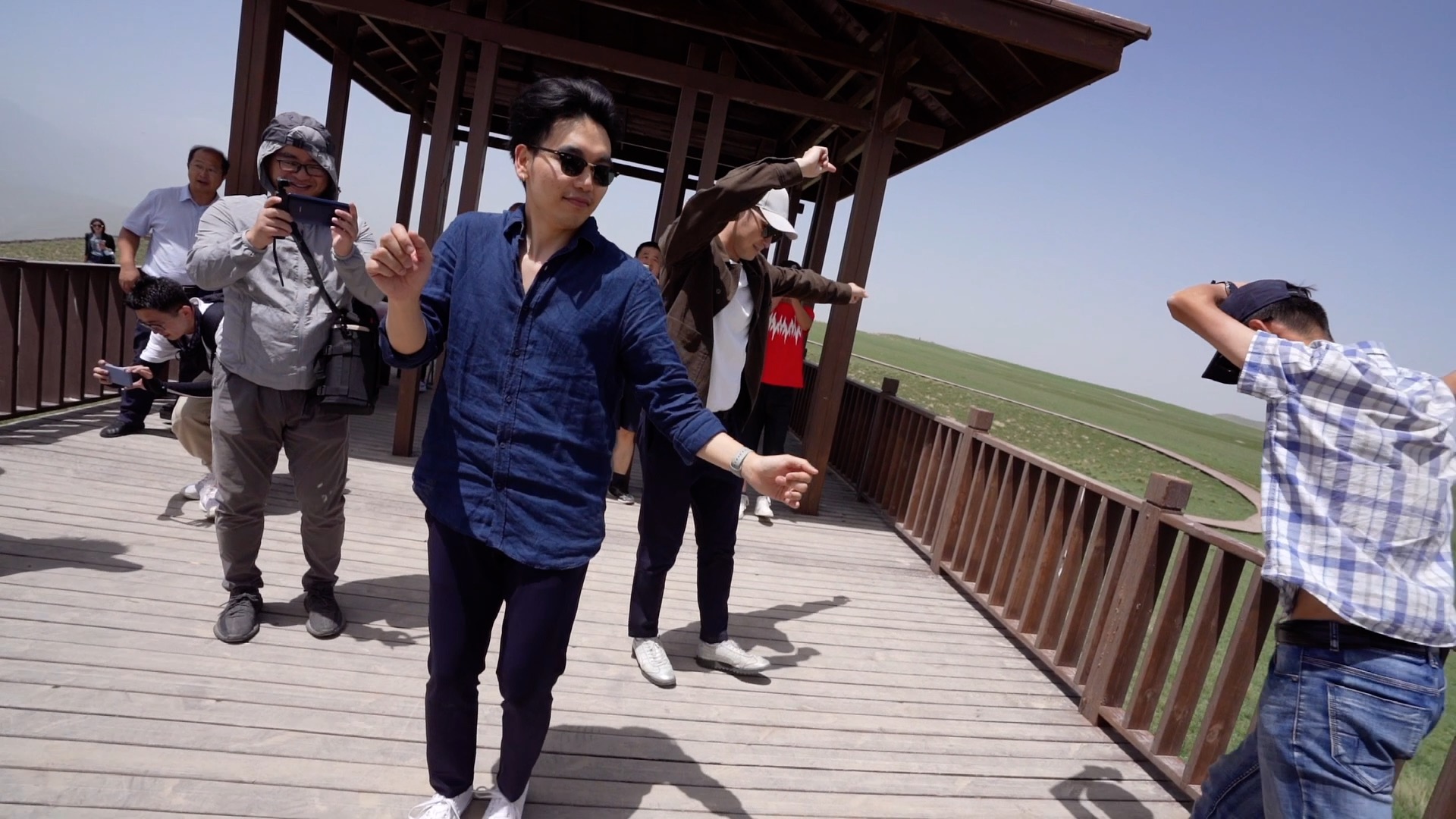 There we met a local family having a picnic.

They were dancing to Uygur folk music when we decided to crash the party.

And while I wouldn't normally twirl and pirouette in front of strangers sober, I happily agreed to their invitation to join them. 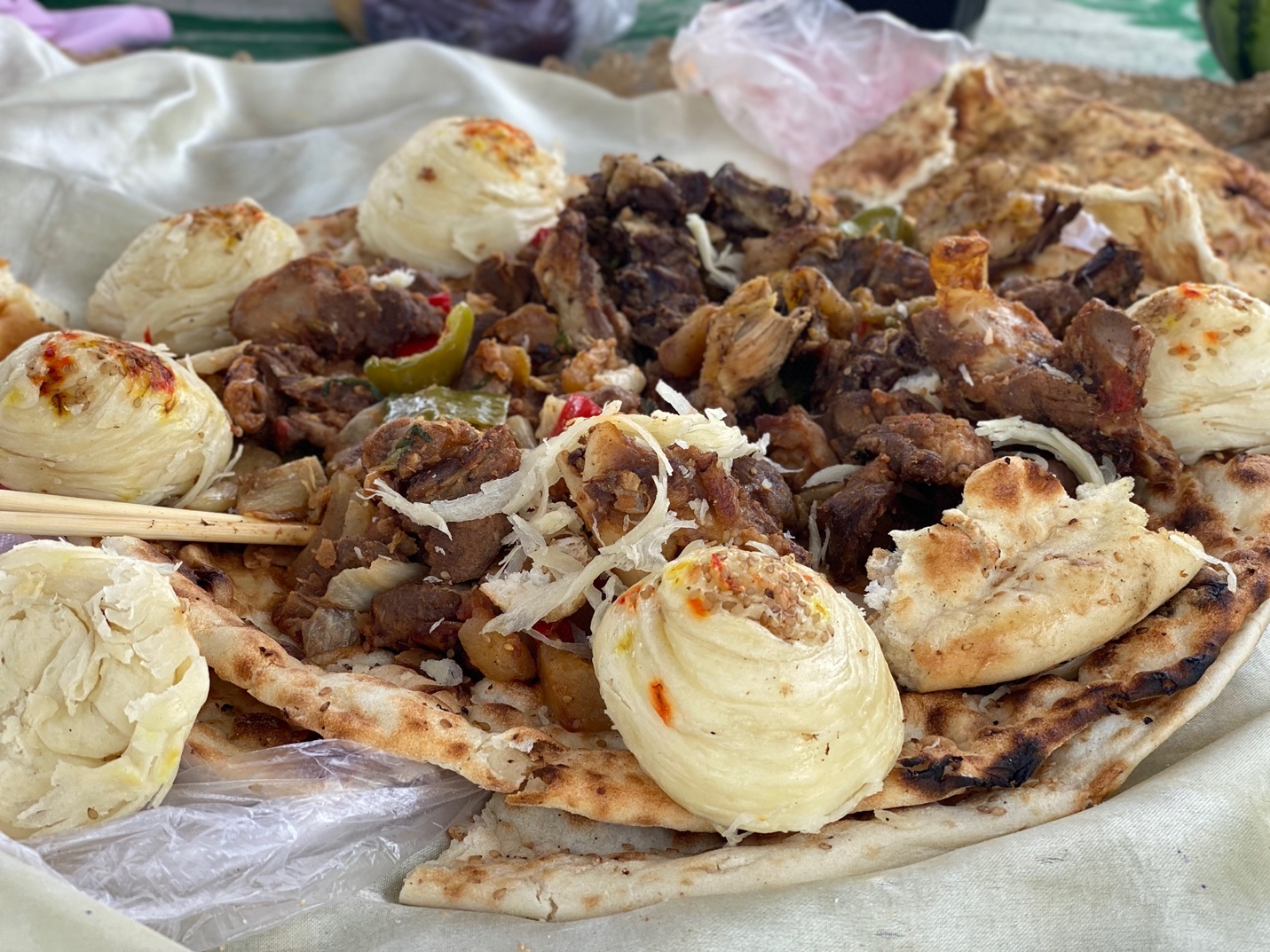 After about five minutes of working my two no-so-left feet, it was time to eat.

They were gracious enough to share their meal – grilled lamb placed on top of a huge naan which was quite possibly the best one I've ever had. It was soft and fluffy in the center and had an incredibly crunchy crust.

Food for the gods, I thought.

Then I saw a guitar, to which I asked if I can borrow. I silently played a random Filipino song, until suddenly I noticed people listening in. I shifted to an English song which I knew some people could sing along to. Until Matsen, one of our guides (and now, friend) asked if I can play a famous Chinese song entitled "peng you" which means friend in English.

I knew the chords were pretty basic as I remember winging it once at a pub in Beijing. So I agreed. 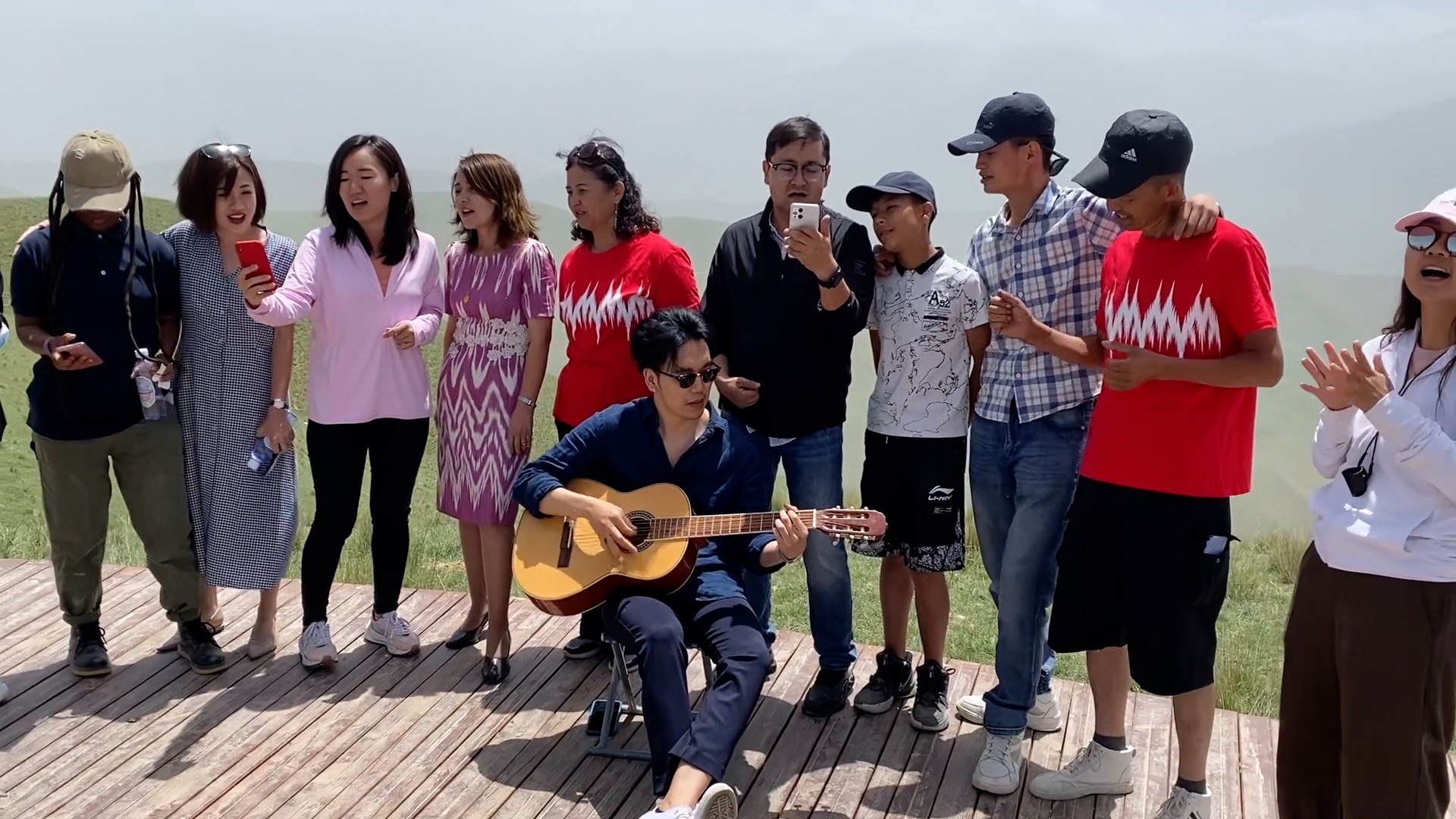 The Uygur family, along with the team, gathered around and sang the song.

Right then and there I knew it was a moment I will cherish for the rest of my life.

It was that feeling of genuine warmth and happiness alongside friends, strangers and familiar faces that made my Hotan experience all the more enchanting.