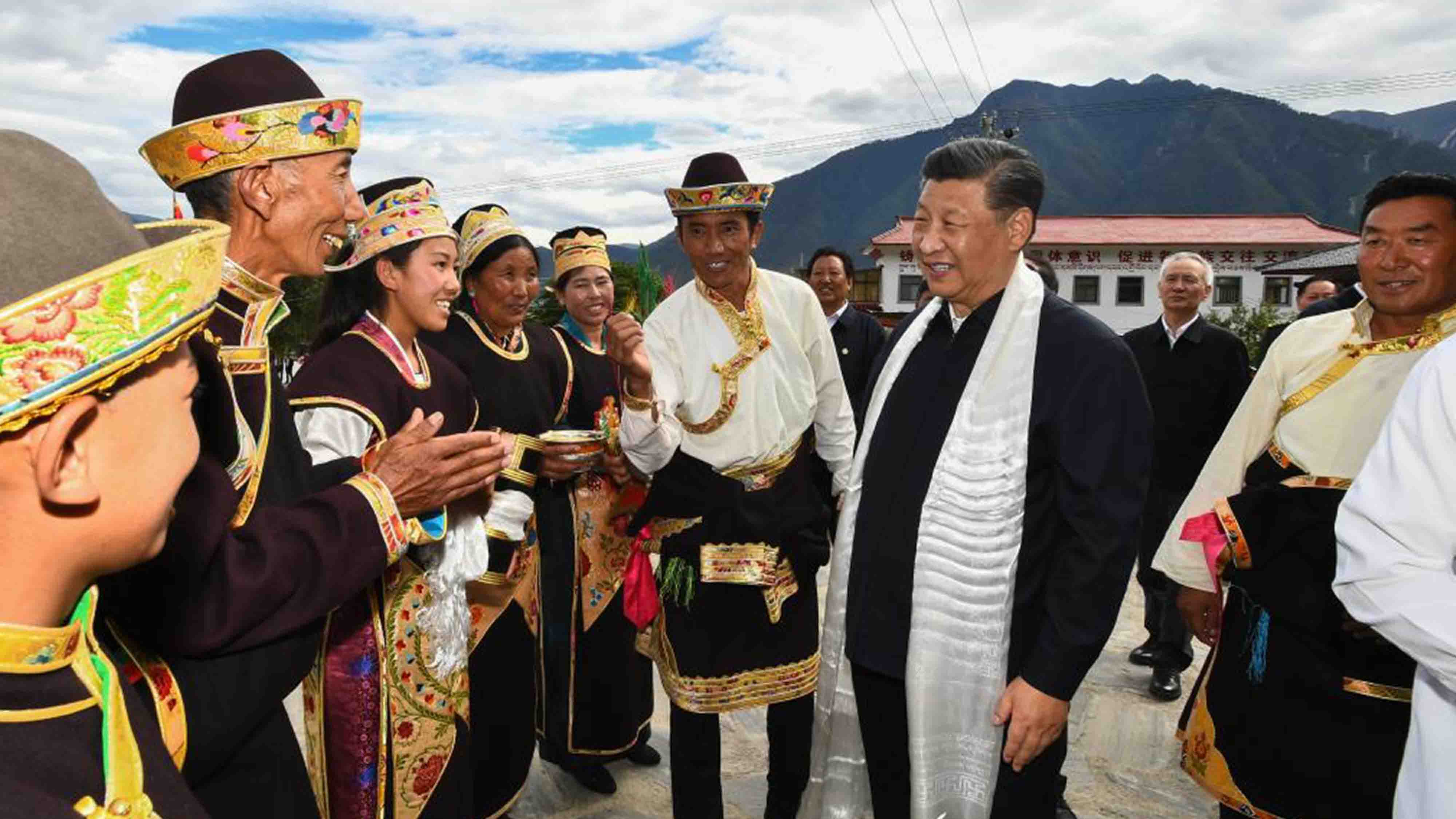 Tibet is, of course, known for its rich natural resources. Its mountains and rivers serve as key ecological barriers for China. For example, Nyang River is what local residents refer to as their mother river.

Flowing for over 300 kilometers, the river covers a vast basin area of 17,000 square kilometers. Lush vegetation covers both sides, and a variety of wild birds call the area home.

Places like this are worth preserving. In recent years Tibet has stepped up its eco protection. Half of the region's land area is now under strict ecological supervision. The authorities have built nearly two dozen reserves and strictly control sand excavation. In all, the protections put in place in recent years have cost almost $2 billion.

Today, wetlands cover more than 6 million hectares in the region. Experts say they play a vital role in maintaining the area's comfortable climate. Like President Xi has said, lucid waters and lush mountains are invaluable assets.

Galai's vast number of peach trees puts on a spectacular show beginning every March. The blossoms attract visitors from across the country to a festival that's been running for 19 years.

The event is not only an important window for introducing Nyingchi to the world but has also become a platform for promoting economic development and improving livelihoods.

This village has 150 residents whose lives have improved a lot, thanks to tourism growth. In 2020 alone, the peach blossom festival raked in 4 million yuan (about $600,000).

Local resident Dawa Gyaltsen spoke with President Xi during his inspection and told us about it.

"President Xi asked me how my life is going," Dawa Gyaltsen said. "I told him it's improved so much. I used to farm on the land and made very little money. Back then living conditions were poor. But now I live in a big house and my income comes from ticket sales from the peach blossom festival and by transporting goods."

And the newly opened railway between Nyingchi and Lhasa, the region's capital, is expected to bring even more convenience to visitors and boost tourism further.

What's remarkable about Tibet is the region has eradicated extreme poverty. Its GDP grew 7.8 percent last year. And the target growth rate for 2021 is more than nine percent. The autonomous region's government has been striving to develop the local economy while maintaining a good eco balance.