Download
Chart of the Day: How does climate change cause flooding?
Pan Zhaoyi 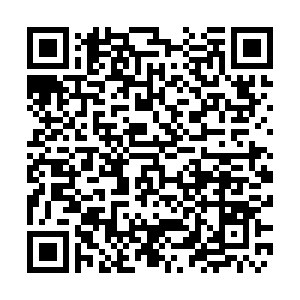 In central China's Henan Province this week, several cities experienced a year's worth of rainfall in just a couple of days. The torrential rains in the region have affected over 9.3 million people since July 16, the local emergency management department said Saturday.

Almost around the same period, hundreds of thousands of people in Belgium, Germany, the Netherlands and Switzerland suffered from heavy downpours that submerged entire towns under water. 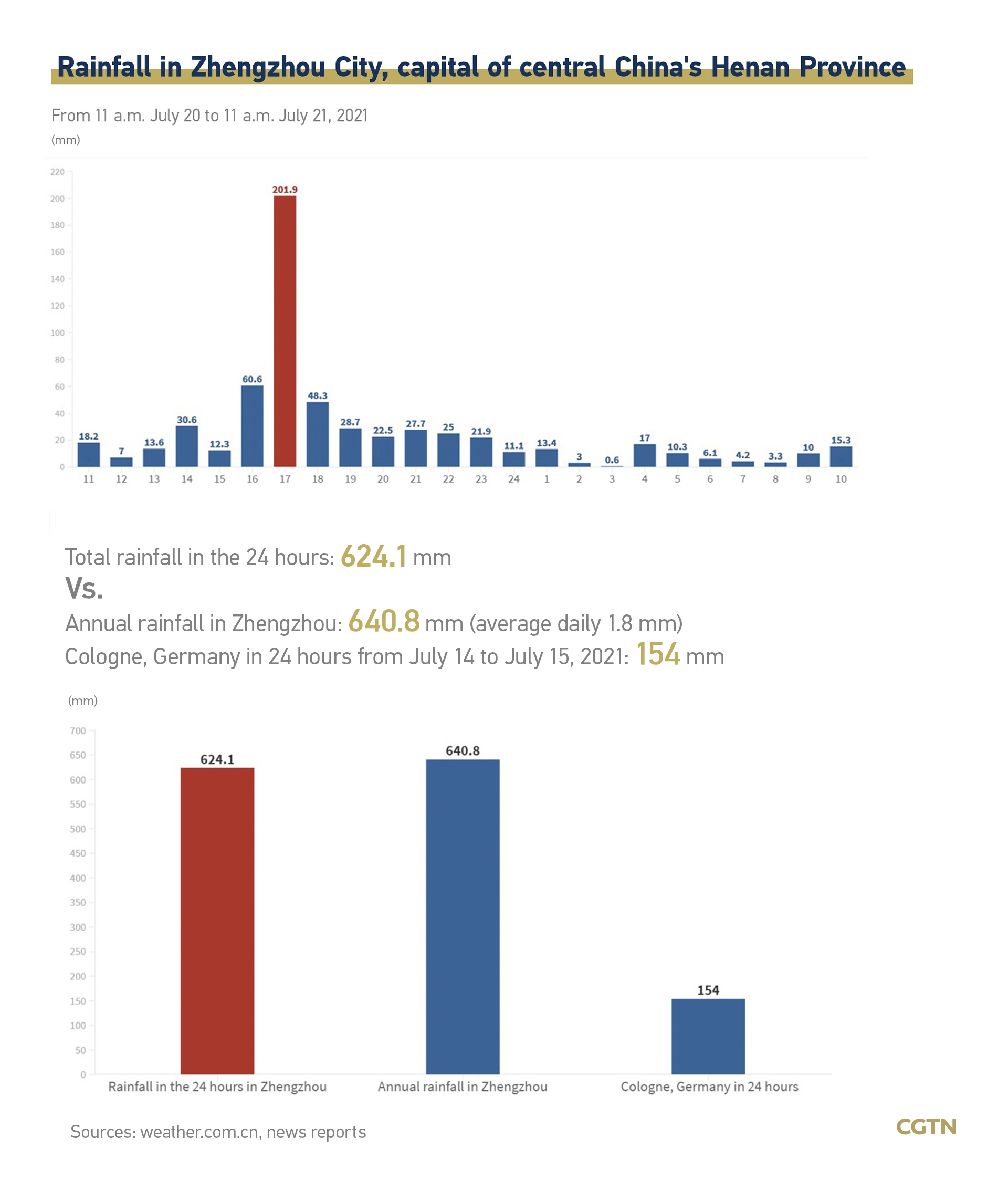 According to data from the U.S. Oceanic and Atmospheric Administration, extreme precipitation events have produced more rain and become more common since the 1950s across the world. The number of years that have seen a wetter-than-normal climate has accounted for about 65 percent of the past 65 years with precipitation anomalies. 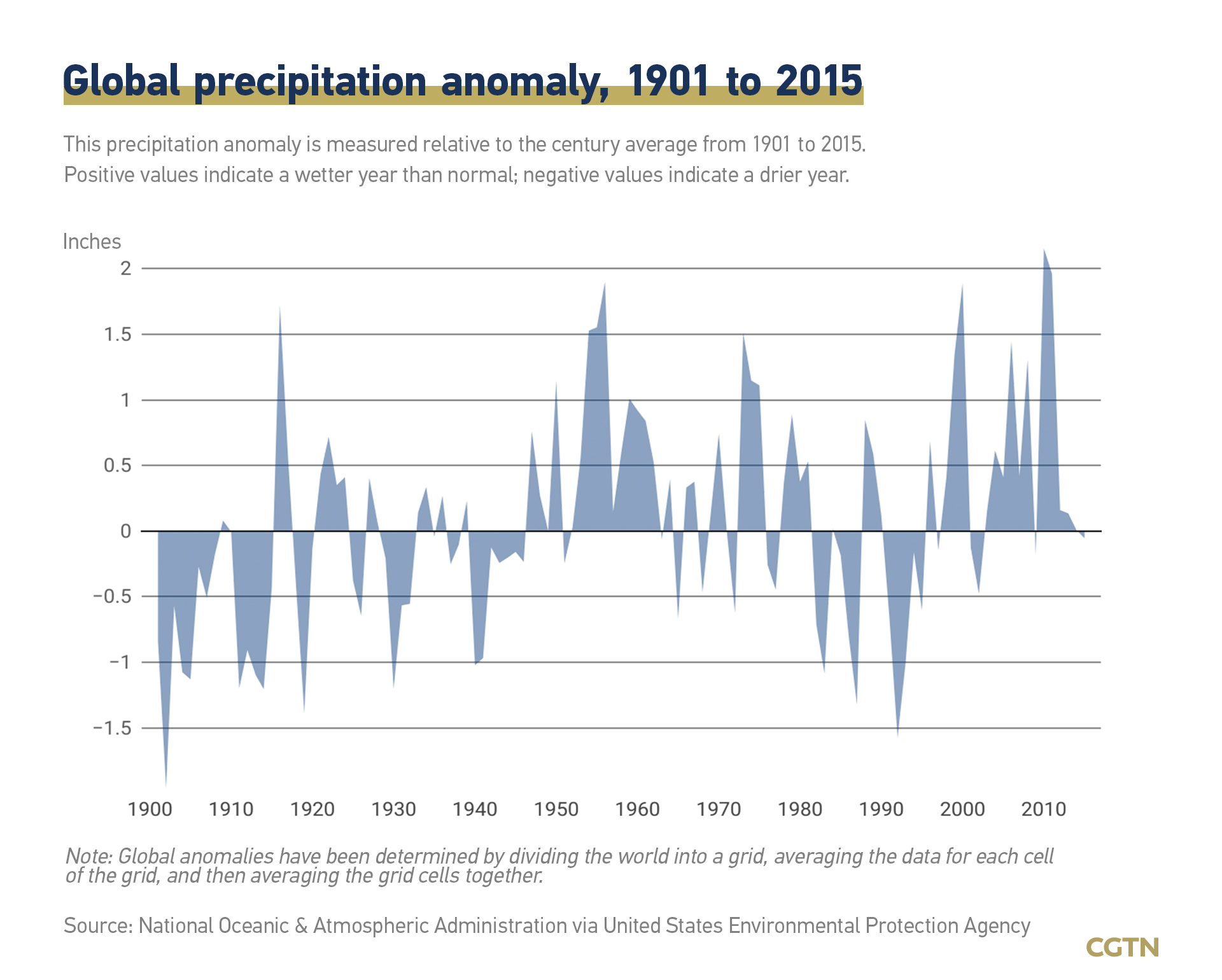 Intense rainfall over a short period more often than not leads to floods, especially if rain is falling nonstop for hours or days. Scientists project the occurrences of intense rainfall would continue to rise as the planet gets much warmer considering that warmer air can hold more water vapor.

"For each degree of warming, the air's capacity for water vapor goes up by about 7 percent," said the Centre for Climate and Energy Solutions, a U.S.-based non-profit organization, on its website.

"An atmosphere with more moisture can produce more intense precipitation events, which is exactly what has been observed," it added.

The latest data from the World Meteorological Organization (WMO) shows the world is 1.1-1.3 degrees Celsius warmer than it was before the steam engine was invented.

"Weather, climate and water-related hazards are increasing in frequency and intensity as a result of climate change," said WMO Secretary-General Petteri Taalas on Friday.

"The human and economic toll was highlighted with tragic effect by the torrential rainfall and devastating flooding and loss of life in central Europe and China in the past week," he added.

Emphasizing that no country is immune from such changes, he said that it was imperative to invest more in climate change adaptation, including by strengthening multi-hazard early warning systems.

The United Nations Intergovernmental Panel on Climate Change has warned in a earlier report that heatwaves, heavy rains, and droughts will become more frequent in some parts of the world in the 21st century, posing a threat to food, water, and energy securities in many countries.

To address the long-term impacts of climate change, both adaptation and mitigation strategies are needed, said Professor Pang Jun from the School of Environment and Natural Resources at Renmin University of China.