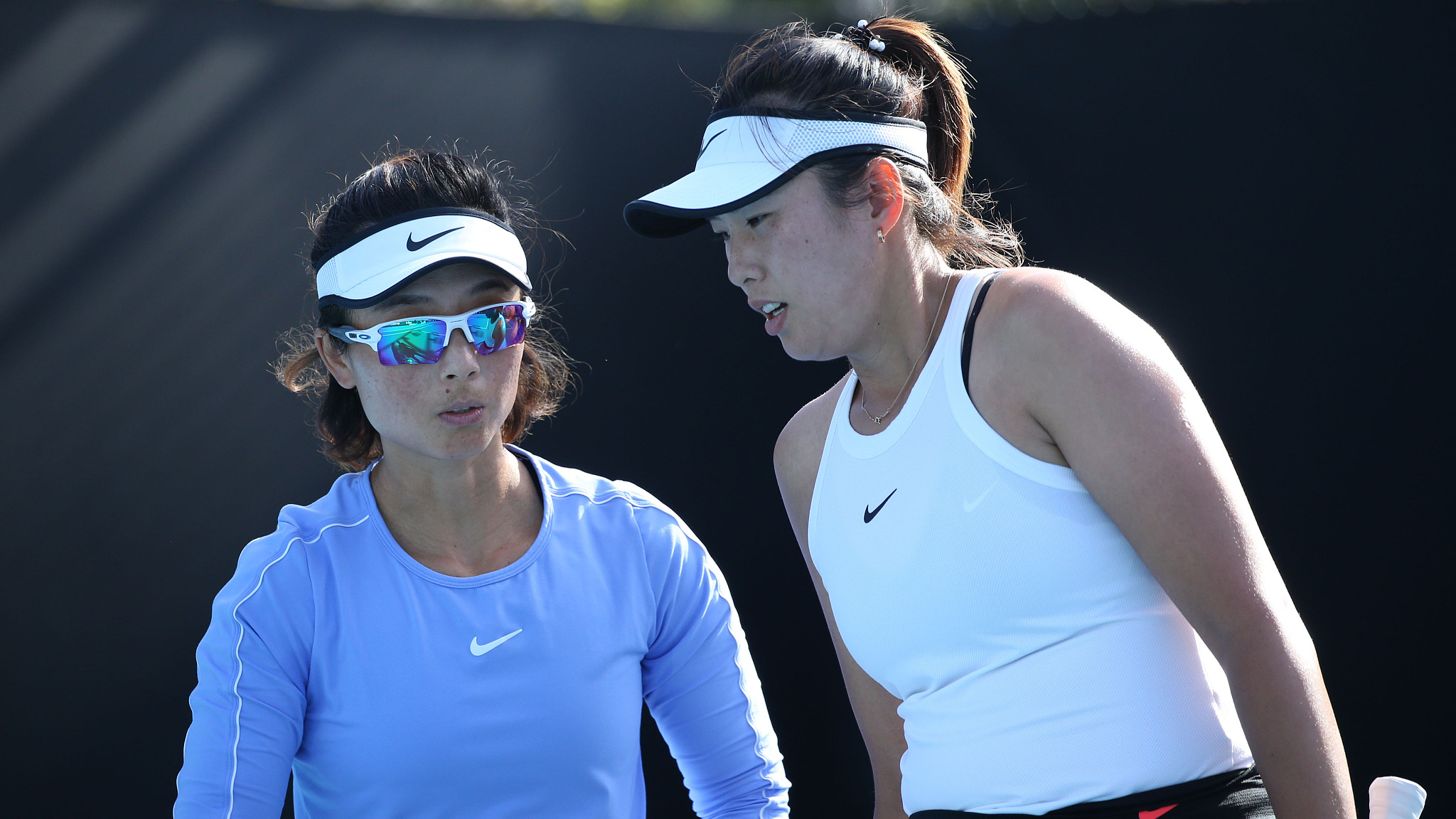 After the opening match, the 32-year-old from Tianjin shared her experiences of the Tokyo Games with CGTN.

Xu said that she was excited about living in the Olympic Village, even though she had done so before. She stays in the same apartment as other members of the national team, including her partner Yang, 2019 U.S. Open quarter-finalist Wang Qiang and 2019 French Open women's doubles finalists Zheng Saisai and Duan Yingying. The quintet spend their leisure time in the village together, walking around and chatting with athletes at a safe social distance, or getting delicious Asian food such as sushi.

The tennis player said the Olympic Games is different to tour events. The two-time Grand Slam finalist explained that the responsibility and motivation of representing China would inspire her potential.

Xu and Yang will play Australian duo Ashleigh Barty and Storm Sanders in the second round on Monday. The former doubles world No.7 said the two-time Grand Slam champion Barty is one of her favorite players on tour, because of the world number one's personality and spirit on court.

The players cannot take showers after training if they don't a have match on that day because of COVID-19 restrictions, Xu revealed, and they need to undergo nucleic acid testing every day. However, the Tianjin native said the Tokyo Olympics is one of the most special events she has ever played in.

The women's doubles is much anticipated by Chinese fans after Li Ting and Sun Tiantian made history by winning the gold medal in the 2004 Athens Olympics, then two-time grand-slam champions Zheng Jie and Yan Zi added a bronze medal in the same category in the 2008 Beijing Games.