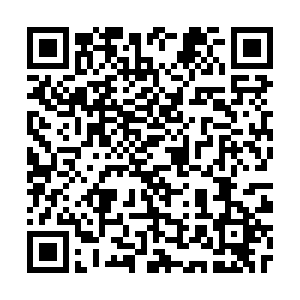 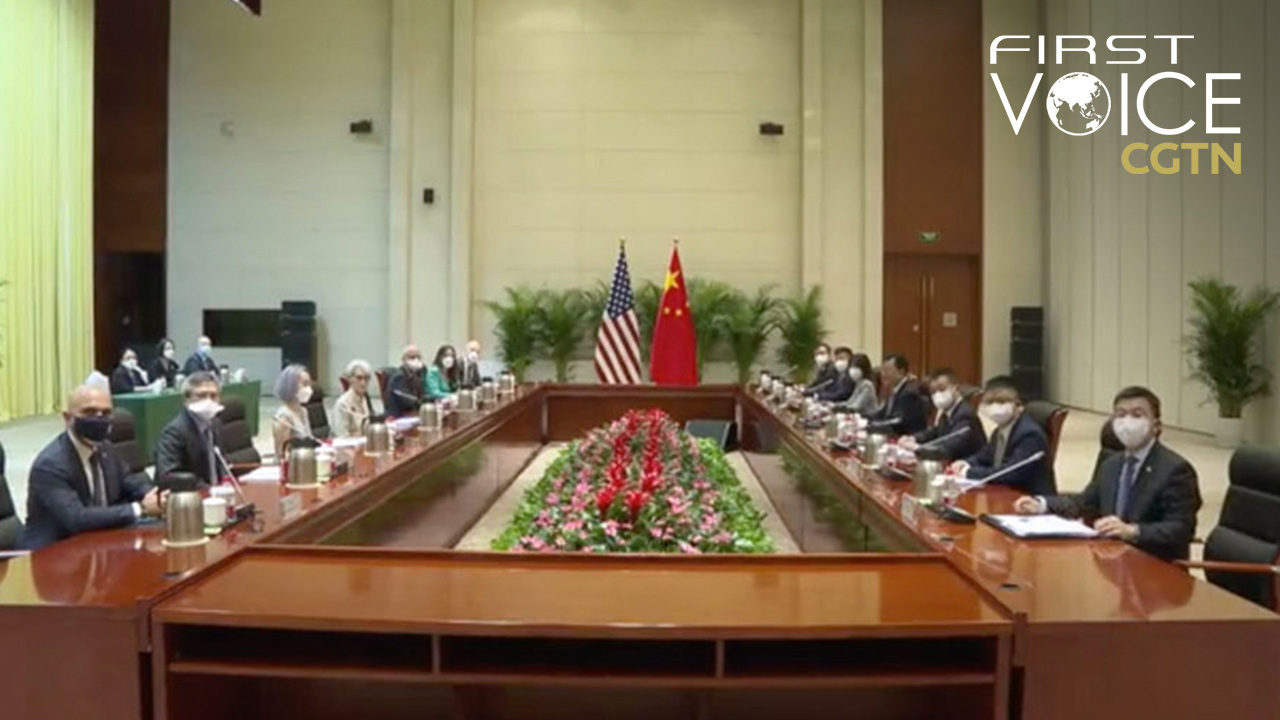 China and the U.S. exchanged lists of demands during talks in Tianjin on July 26, and these lists are very telling about the relations between the two largest economies in the world.

Over the past few years, the U.S. has adopted an unabashedly hostile stance toward China. The U.S. has adopted an official policy of attempting to diplomatically isolate China to contain its rise. As part of this effort, the U.S. has undermined China's territorial integrity and sovereignty by trying to support in various ways unrest and separatist movements in Xinjiang, Tibet, Taiwan, and Hong Kong.

Sherman presented a familiar list of grievances during her talks with Vice Foreign Minister Xie Feng, almost all of its attempts to interfere with China's domestic affairs to weaken its sovereignty under the banner of "human rights." According to a State Department summary, Sherman's list contained only one item that was not directly related to China's sovereignty or borders — allegations that China is involved in online hacking. People like Edward Snowden might be laughing at the notion of the U.S. accusing other countries of cyber-espionage.

Interestingly, the U.S. cares so deeply about human rights in China even as longstanding problems like racial discrimination, police violence, income disparity, and access to health care and good education fester at home. At the same time, the U.S. never seems to mention the human rights conditions in its allies' countries, including some of the worst offenders in the world. Cynical people might infer the U.S. doesn't care about human rights at all, but simply wants to create trouble to isolate China and slow its rise. 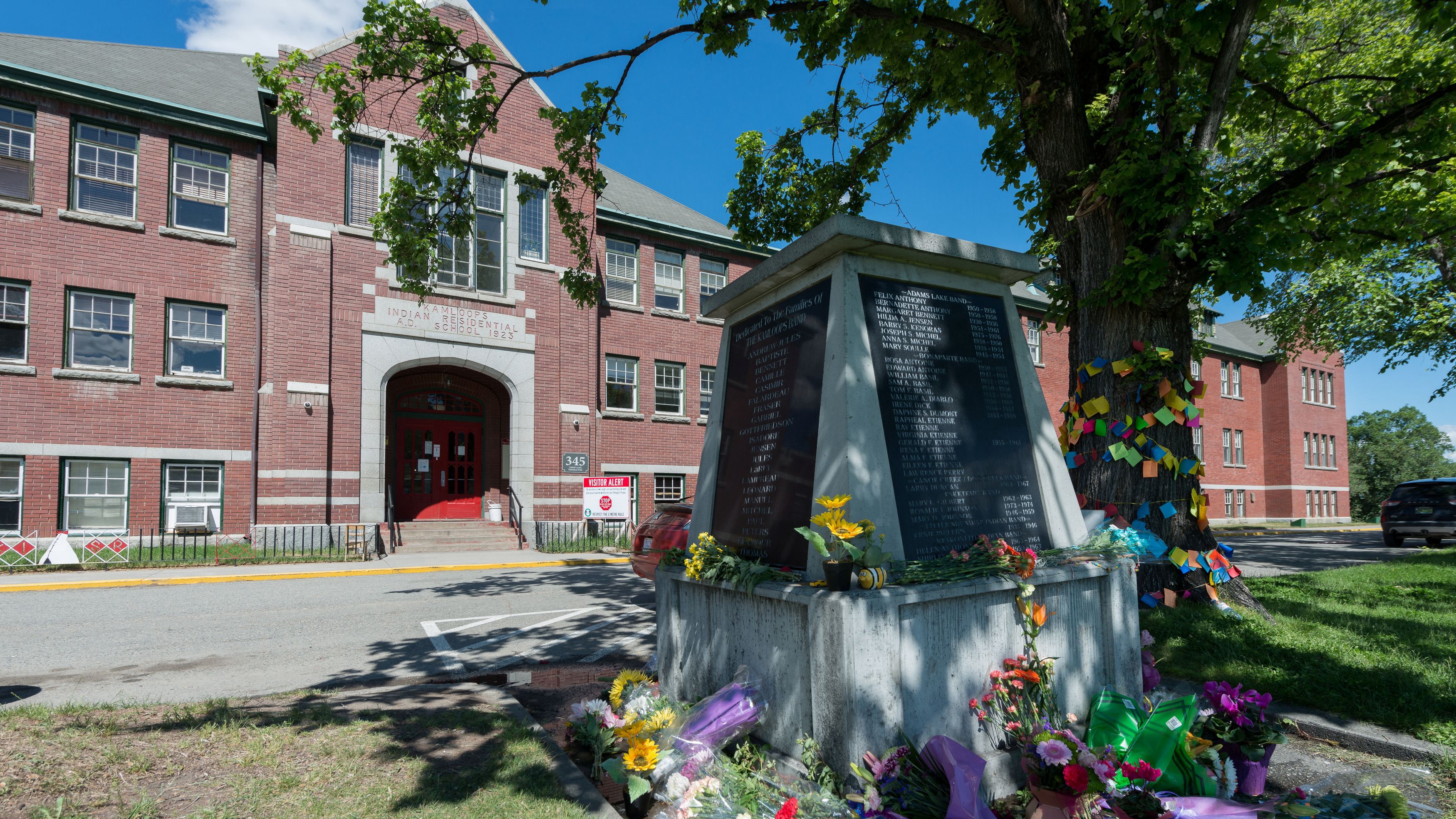 A monument to the survivors of the former Kamloops Indian Residential School is pictured in front of the school administration building in Kamloops, British Columbia, Canada, May 29, 2021. /Reuters

A monument to the survivors of the former Kamloops Indian Residential School is pictured in front of the school administration building in Kamloops, British Columbia, Canada, May 29, 2021. /Reuters

At the same meeting, China gave two lists of grievances to the US, and they are quite different in nature from the U.S. demands. They include demanding the U.S. lifting visa restrictions on Chinese students, members of the Communist Party of China, and their families or stop suppressing Chinese companies in the name of national security. Special attention was given to the case of Meng Wanzhou, the CFO of Chinese telecom giant Huawei, currently being detained in Canada as she awaits the extradition to the U.S.

These are all concrete, targeted policies demands. And it doesn't turn out to be like this without good reasons. At their heart is the paranoid U.S.' view that China's rise is a threat and China is an enemy. As long as the U.S. truly believes China is a threat, it will view every aspect of China's action with suspicion and hostility - government officials, businessmen or students could all be spies and all policies could be designed to drag the U.S. down.

U.S. Deputy Secretary of State Wendy Sherman said after deadlocked talks on Monday that the relationship between the two countries is "complex," adding that "we believe our relationship can tolerate that nuance." It is indeed complex, but nuance is not accurate. China's views towards the U.S. are pragmatic. They are based upon observing U.S.' actions through the past years and making moves that correspond and reciprocate Americans. There's neither hostility nor friendliness involved, but a practical calculation of how the two countries are positioning themselves against each other.

It is the opposite attitude in U.S.' political circle that's tanking the relationship. Suspicion and hostility breed suspicion and hostility. It's like a self-fulfilling prophecy – treating one like an enemy will eventually drive the other side into the opposite camp. As long as this continues, the current stalemate between the two nations is destined to continue, or deteriorate.