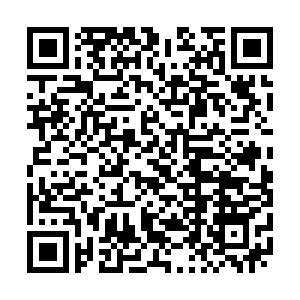 Politicizing the traceability of the COVID-19 origins is the U.S. strategy to contain China's development and to discredit and suppress other countries for political purposes, which has seriously undermined the spirit of science and the global response to the pandemic, said Zhao.

Download the full report in PDF: Is virus tracing for COVID-19 politicized?

The survey, which is available in several UN official languages, i.e., Chinese, English, Russian, French, Spanish and Arabic, showed that 80 percent of respondents believe the issue of tracing the origins of COVID-19 has been politicized.

The U.S. has recently been engaged in politicizing the pandemic, stigmatizing the virus and using origin-tracing as a tool to shift responsibility for their botched pandemic response and achieve the political purpose of discrediting and suppressing other countries, Zhao noted.

He added U.S. action has seriously disrupted scientific virus origin-tracing work and the overall global fight against the pandemic.

The spokesperson pointed out the U.S. has distorted facts and disseminated false information, adding that the U.S. ignored the conclusions of the joint China-WHO report and cited some unsubstantiated official or intelligence information to the hype that "the virus was leaked from the Wuhan Institute of Virus Research."

The U.S. is trying to divert attention and cover up the truth about its own early cases and dubious biological labs by confusing the public and trying to slander China with trumped-up charges, Zhao said.

He also noted the U.S. has been clamoring for intelligence-led investigation in disregard of science.

In order to conform to the preconceived notion of "lab leak," the U.S. boldly declared to give its intelligence agencies 90 days to come up with a COVID-19 origin-tracing conclusion, Zhao pointed out while calling the U.S. act an outright political farce.

Zhao also slammed the U.S. for engaging in coercion everywhere. "Through coercion and pressure, the U.S. is trying to make scientists bow down in front of its hegemony and bullying, and turn to support the "lab leak theory."

According to the spokesperson, many reluctant scientists have reportedly been subjected to physical attacks and threats of abuse, and some have had to resign in order to defend their scientific positions.

Noting that facts speak louder than words, Zhao said the U.S. political manipulation on the origin-tracing issue has been widely opposed by the international community.

He said 60 countries had sent letters to the WHO Director-General on the issue of origins study, stressing that the COVID-19 origin-tracing is a serious scientific task that should not be politicized and that the joint China-WHO study should be defended.

Dignitaries, the media, experts and people from many countries have spoken out in different ways to condemn the U.S. practice of politicizing virus origin-tracing issue, Zhao added.

Referring to over 16 million Chinese netizens have signed the petition, calling for a WHO investigation of U.S. Fort Detrick lab, Zhao solemnly informed the U.S. that political manipulation goes against people's shared aspiration and is doomed to fail.