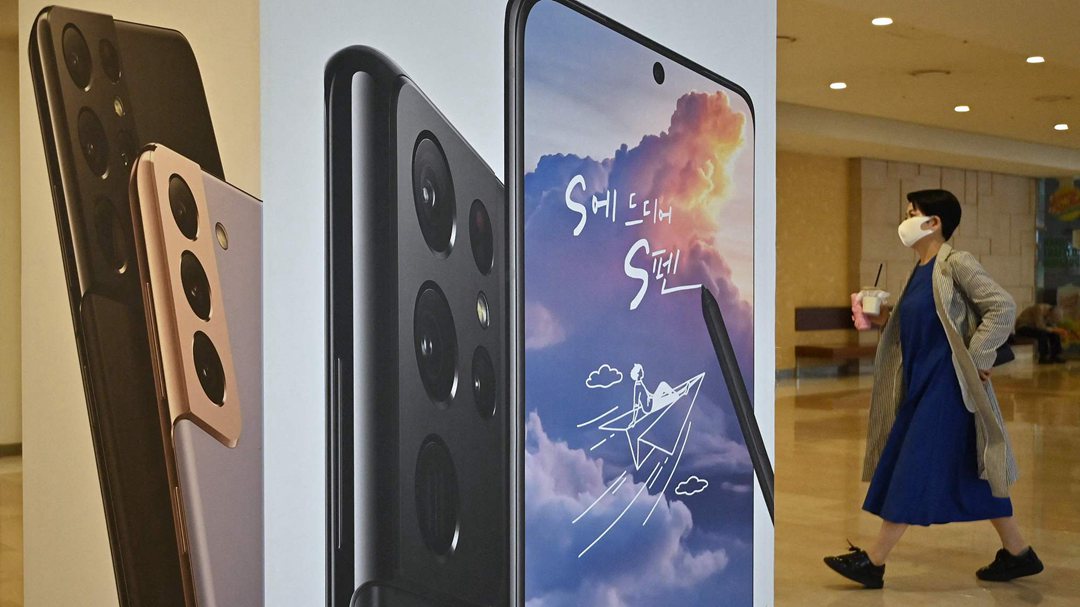 A woman walks past an advertisement for the Samsung Galaxy S21 smartphone at the company's showroom in Seoul, South Korea, July 7, 2021. /VCG

A woman walks past an advertisement for the Samsung Galaxy S21 smartphone at the company's showroom in Seoul, South Korea, July 7, 2021. /VCG

Samsung Electronics' net profits surged more than 70 percent in the second quarter thanks to higher chip prices on the back of continuing pandemic-led demand, the South Korean tech giant reported Thursday.

It was slightly more than 12.5 trillion won estimated by Samsung earlier this month.

The company attributed the growth to favorable market conditions for memory chips, noting a "significant improvement in earnings as memory shipments exceeded previous guidance and price increases were higher than expected."

The coronavirus has wreaked havoc on the world economy, with lockdowns and travel bans imposed around the globe for many months.

But the pandemic, which has killed over 4 million people worldwide, has also seen many tech companies boom.

Coronavirus-driven working from home has boosted demand for devices powered by Samsung's memory chips, as well as home appliances such as TVs and washing machines.

The strong results come despite Samsung seeing earnings from its smartphone business decline on-quarter because of supply chain problems, which have disrupted production at many global firms.

The firm painted an optimistic view for the remainder of the year anticipating favorable market conditions with continued demand for memory chips for server and mobile markets.

But it warned of persisting uncertainty associated with the pandemic going into the second half, noting "continued disruptions in component supply and uncertainties... are likely to persist."

Samsung Electronics is the flagship subsidiary of the giant Samsung group, by far the largest of the family-controlled empires known as chaebols that dominate business in South Korea, the world's 12th largest economy.

The conglomerate's overall turnover is equivalent to one-fifth of gross domestic product.