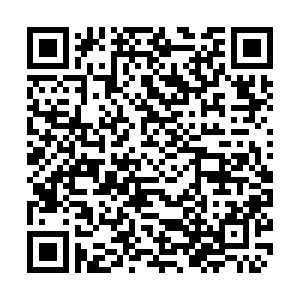 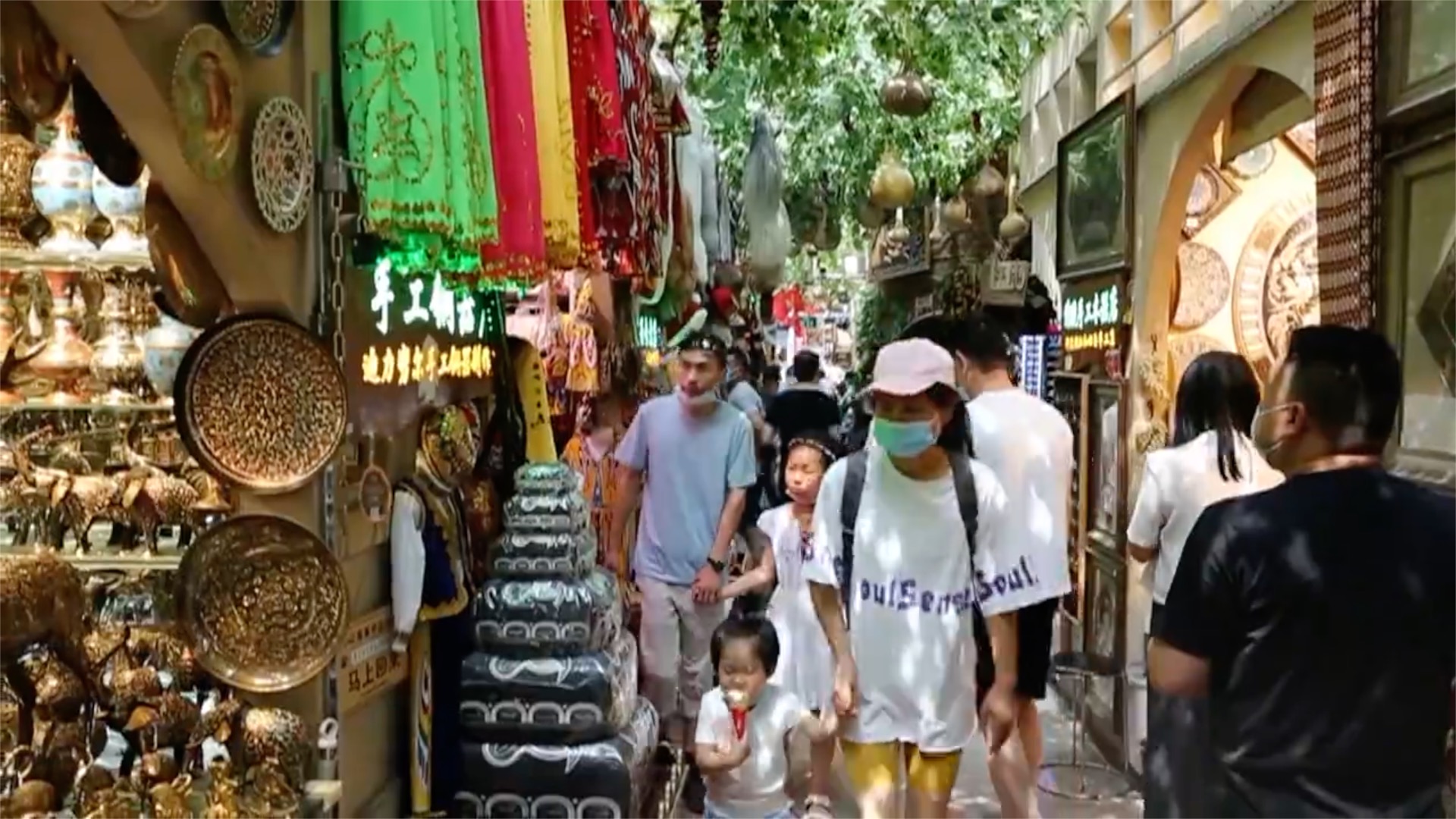 Nurgul Musrahun has been a vendor for 15 years at the International Grand Bazaar in Urumqi, capital of northwest China's Xinjiang Uygur Autonomous Region.

"At the beginning, I just sold nuts at the bazaar. There are many stores selling nuts here. In order to attract more customers to my store, I carefully select what I think are the best quality," said Nurgul. "With the increase in tourists, I expanded my booth with scarves and accessories, and my income also increased. I can earn about 3,000 yuan (about $460) per day in the peak season."

Nurgul is just one of the thousands of vendors at this bazaar, which is known as one of the most famous landmarks in Xinjiang. Since Xinjiang has entered its busiest travel season, millions of tourists have flocked to the region. And the International Grand Bazaar is a huge attraction for tourists who come for its diversity, exotic beauty, and to sniff out a bargain.

"In the past, there were not so many people here in the bazaar, which was just a small market. I could only sell about 10 fish per day and customers were nearby residents," said Abdulim Abdurahman, another vendor who works at the International Grand Bazaar.

Abdulim said that since the bazaar was renovated and reopened in 2018, he has witnessed more and more people travelling there, and his grilled fish, thanks to his secret recipe, has also become quite popular.

"I still remember in August 2018, I sold 50 grilled fish within two hours. And later on the first day of the National Day holiday in 2018, I earned 45,000 yuan (about $6,950) just in one day," Abdulim said. "Many tourists from Beijing, Shanghai, Guangzhou and even foreign countries come particularly for the dish."

The bazaar houses nearly 1,500 vendors – 70 percent of whom are Uygurs – selling local specialties, snacks and souvenirs to tourists from both home and abroad.

"I draw a lot of special pictures on the hand drums I sell and customers like them very much. Now I have two stores, one for wholesale and the other for retail. Every day I play the drum to attract customers and many of them will film me and post the videos on social media," said Nihmatjan Rehimdulla, another vendor at the bazaar.

In recent years, the bazaar's management has also been providing training to vendors in areas such as business marketing and e-commerce to help them improve their services and attract more customers.

Local officials said that since 2018, the bazaar handles on average about 50,000 visitors a day, with as many as 300,000 a day during the busiest times. And despite the huge crowds, the bazaar is reported to be very safe, with no criminal case being reported.