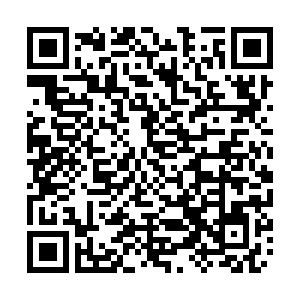 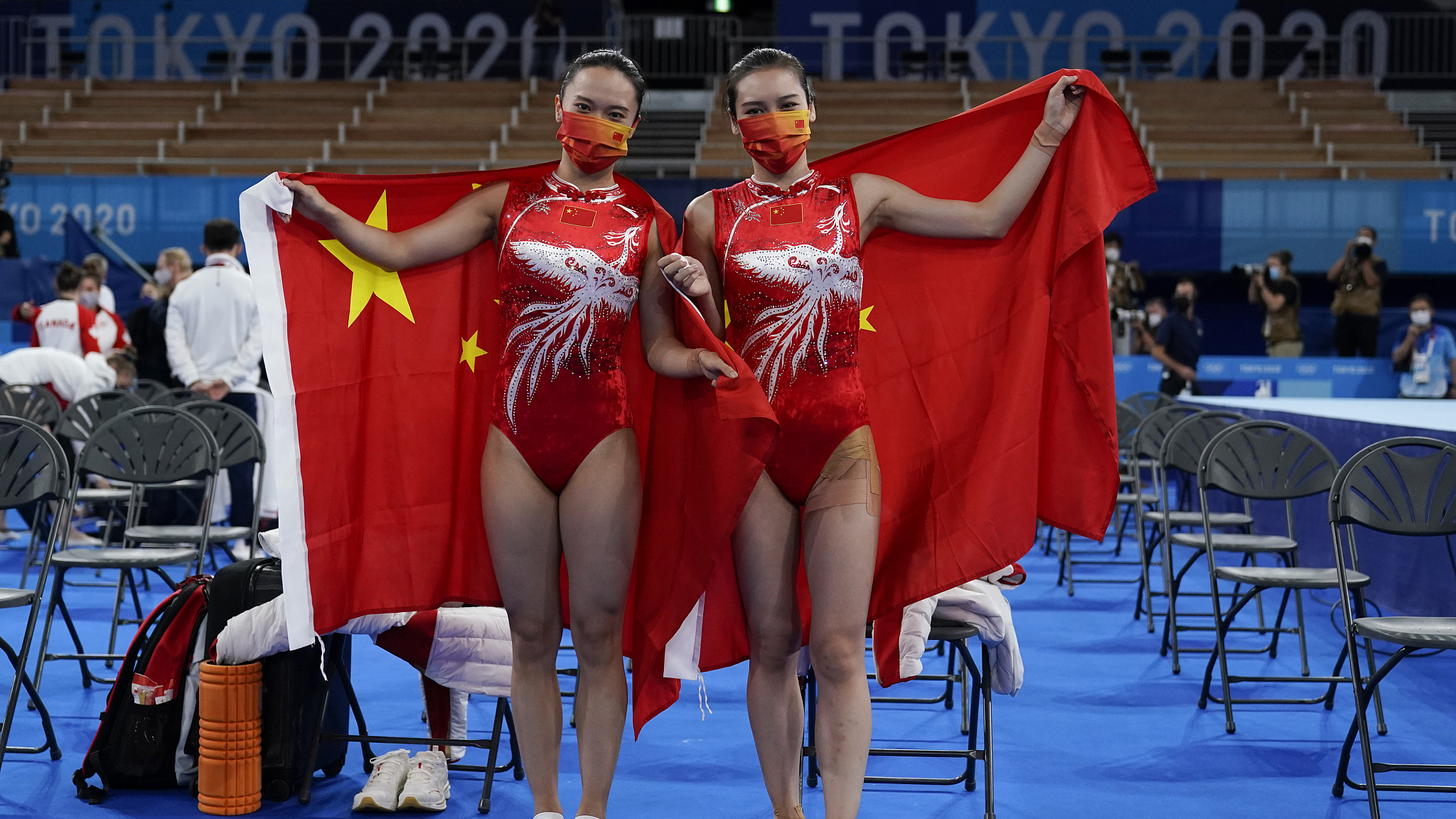 Team China's Zhu Xueying (L) and Liu Lingling pose for a picture after the women's trampoline final at the Tokyo Olympics in Tokyo, Japan, July 30, 2021. /CFP

Team China's Zhu Xueying (L) and Liu Lingling pose for a picture after the women's trampoline final at the Tokyo Olympics in Tokyo, Japan, July 30, 2021. /CFP

China swept gold and silver medals in the women's trampoline final at Tokyo 2020 on Friday, as Zhu Xueying finished first with 56.635 points, followed by teammate Liu Lingling with 56.350.

Liu and Zhu placed the first and second respectively to qualify for the final. With outstanding performance in her second routine, Zhu won an unparalleled 55.725 with an execution score of 16.200, while Liu topped the qualification with both routines over 50.000.

The Chinese gymnasts were the last to perform in the final, which decided the medalists in only one routine.

After the final, Liu covered her face in pity. Her time of flight surpassed Zhu by a gap of 0.815 but was not enough for a gold.

"I put in a lot of effort to reach the podium. With Tokyo 2020 being postponed for a year, I had more time get prepared and I focused on the things I wanted to improve. I am very happy with how I did," said Zhu in post-match interviews.

"I'm very, very excited. I am almost at a retiring stage, so this is a great milestone for me. I really focused on my competition here and I am glad it worked out," Liu said.

"I have been working really hard for this since the age of six. Winning an Olympic medal has always been my dream and taking the silver is amazing. I am really proud of my performance," the 26-year-old said in tears.

"I am very happy, relieved and tired. It's been a long day, a long build-up. I can't believe it. I woke up this morning not feeling great, and I just had to rely on my training to get through the qualifications and get into the final," Page said.