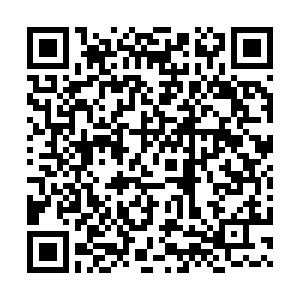 The Office of the Commissioner of the Ministry of Foreign Affairs of China in the Hong Kong Special Administrative Region (HKSAR) Saturday expressed strong opposition to some European External Action Service (EEAS) politicians' irresponsible remarks over the first HKSAR's verdict under the national security law.

A man was sentenced to nine years in prison on Friday in Hong Kong after being found guilty of inciting others to commit secession and engaging in terrorist activities.

A spokesperson for the office in a statement voiced strong dissatisfaction with politicians who maliciously smear the Law of the People's Republic of China on Safeguarding National Security in the HKSAR and the rule of law in the HKSAR, reiterating that Hong Kong is a law-based society where laws must be observed and those who violate the law must be held accountable.

The spokesman pointed out that lawbreaking facts of the case are conclusive. "So Hong Kong judicial authorities shall punish the law-breaker in accordance with law and external forces shall not interfere."

The purpose of preventing, stopping and punishing a very small handful of criminal acts endangering national security in accordance with law is to better protect the lives and property of the vast majority of citizens and to better maintain law and order in Hong Kong, said the spokesperson.

For over a year after the implementation of the national security law in the HKSAR, the legitimate rights and freedoms of the public have been fully protected, the rule of law and judicial independence have remained intact, the people have enjoyed peaceful life again and social justice has been upheld, according to the spokesperson.

Facts prove that the national security law works well to protect the security, stability and tranquility of Hong Kong and to ensure the steady implementation of "One Country, Two Systems," the spokesperson added.

The spokesperson stressed that certain foreign forces set the national security law against human rights and freedoms and tried hard to defend for criminals.

"These people tout themselves as advocates for the rule of law and judicial independence, but are obsessed with interfering with others' judicial justice; these people claim to safeguard human rights and freedoms, but turn a blind eye to criminal acts that endanger the lives of others and the safety of the public; these people clamor for upholding international rules, but trample on international law and the basic norms governing international relations and also meddle with others' internal affairs," the statement read.