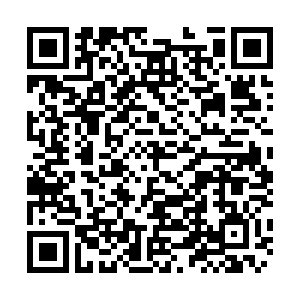 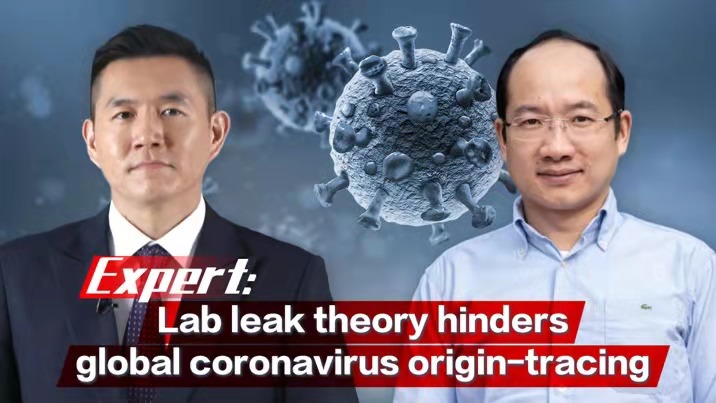 Editor's note: While scientists around the world are working together to trace the origin of coronavirus to understand more about the disease, some media outlets hyped up the so-called lab leak theory. Uninformed voices supporting coronavirus lab-leak theory lack evidence and hinder global efforts to trace the origin of the virus, says Dr. Xiaowei Jiang, a biologist from Xi'an Jiaotong-Liverpool University in an interview with CGTN anchor Wang Guan.

Wang Guan: There are two competing ideas out there: One says that coronavirus emerged from nature and the other says it was a lab leak. How likely in your opinion is it that the coronavirus was leaked from the Wuhan Institute of Virology? What evidence do we have for that?

Jiang: At the moment, there are many uninformed voices supporting a lab-leak, despite the lack of evidence. These voices are everywhere, from social media, political circles, mainstream newspapers, which is actually very bad in hampering the international collaborations to trace the origin of the virus.

So we have this review. Our review was a very clear response to that. We provided a quite comprehensive review in bringing all kinds of current scientific evidence that supports zoonotic origin of SARS-CoV-2 while addressing this misinformation supporting a lab leak.

So basically, we're saying all current evidence supports that a novel virus, such as SARS-CoV-2, which was unknown to humans before, could not have escaped from the lab.

And the emergence of the virus is similar to other zoonotic viruses such as the SARS coronavirus and HIV. The evidence review is quite comprehensive, ranging from previous experience learned from SARS coronavirus outbreak back in 2002, other viruses and epidemiology data from the early days of the pandemic in Wuhan and the final genetic and evolution evidence of the virus that the SARS-CoV-2 are evolutionarily close to.

And the molecular and genomic evidence supports the natural origin of the virus is not a laboratory construct. This is not possible from a leak from a lab.

Wang Guan: The lab leak camp also provided some scientific evidences. How should we read into them? Do you buy them?

Jiang: No. At the very beginning, they mentioned a particular short genetic code in the genome, called Furin cleavage site. We're evolutionary biologists. That's actually in our domain. So we immediately know that the particular code they claimed as evidence of engineering of the viruses is completely like a joke. Because we know that particular stretch of genetic code, they exist in other closely related coronaviruses. And from an evolutionary biologist's point of view, it's completely natural. It could be evolved in nature. There is no need for it to be engineered in the lab.

Jiang: A lab leak could not have contributed to the emergence of the virus, considering the many levels of evidence to examine. Current scientific evidence does not support such scenario of lab escape. I think most scientists in academia, particularly us, evolutionary biologists, would think SARS-Cov-2 has a zoonotic origin. Although we still have not been able to identify the bat reservoir nor the intermediate animal host, it has no problem that SARS-CoV-2 could have evolved naturally. Studies from other scientists and us also suggested mutation - this is the change of genetic code in the virus genome; recombination - so basically, it switches a different piece of genetic code of the genome between different viruses; and natural selection, were sufficient to select for a virus highly capable of human transmission.You don't need lab engineering to do that.

Wang Guan: What are the things that made it difficult or perhaps more difficult than tracing previous viruses？

Jiang: If we know how it happened for this one, we can prevent the next one, which could be very close in the next five or 10 years. For this particular virus, the difficulties in finding the origin of the current virus is that we know that this is the second time that a virus from this genus called betacoronavirus, a subgenus sarbecovirus,  this is a group of viruses which has pandemic potential, this is the second time it emerged in China and led to a pandemic.

The social and economic environment is also drasticly different, compared with the SARS coronavirus emergence in Guangdong back in 2002.

And to identify the right intermediate animal, we need to increase our sampling in the right wild or farmed animal populations which are known to be susceptible to the virus. And also to find the bat host, we need to increase our sampling across China and perhaps Southeast Asian countries. These are challenging works and may take many years to complete.